Cases of international fraud are often complex and difficult to resolve but the English courts remain an important forum for cases of this kind. 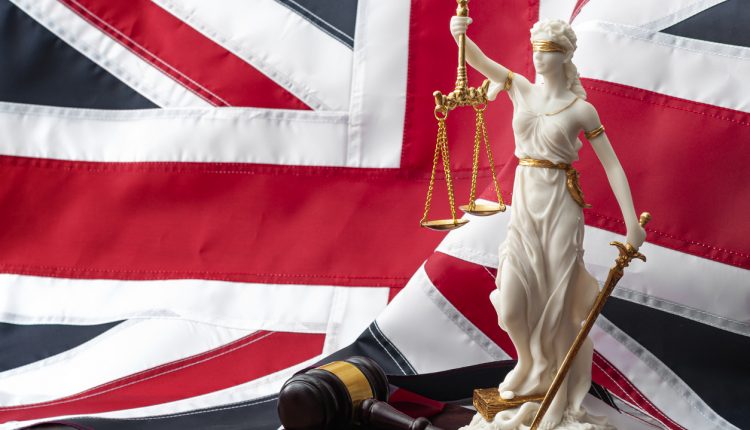 Hannah Sharp, Partner at Rosling King LLP, relays their victory in an international fraud case that saw the freezing of fraudulent assets in Ukraine. The case has many implications for the British courts and demonstrates the unyielding international influence of UK courts in spite of Brexit.

An attempt by a Ukrainian national to challenge the jurisdiction of the court in London failed and Rosling King argued successfully for the continuation of a £65 million worldwide freezing order against the individual concerned and his ex-wife. The couple are alleged to have committed extensive fraud on a Ukrainian bank. The case serves as a reminder of the authority of the English courts in an international context.

In September last year, a worldwide freezing order (“WFO”) in the amount of £65 million was obtained in the court by the claimant, WWRT Limited, against the defendants, Mr and Mrs Tyshchenko. Mrs Justice Bacon heard the claimant’s applications for continuation of the WFO and for an order for permission to cross-examine the defendants on their assets and sources of funding. She also heard an application by Mr Tyshchenko challenging the jurisdiction of the English court. Mrs Tyshchenko, who lives in England, did not contest jurisdiction. In her judgment, Bacon J found in favour of the claimant on all key issues.

In deciding the question of residence, Bacon J took the view that a person will be resident in England if England is for them a “settled or usual place of abode, which connotes some degree of permanence or continuity” and that it is possible for a person to reside in more than one jurisdiction at the same time.

Based on the evidence of Mr Tyshchenko’s regular visits to England to stay with Mrs Tyshchenko and their five children at the family home, as well as factors such as registration on the UK electoral roll, Bacon J found that Mr Tyshchenko had a settled pattern of residence in England, and this was not undermined by the fact that Mr Tyshchenko also spent substantial time in Ukraine and elsewhere. Mr Tyshchenko was therefore resident, and domiciled, in England at the time of service of the proceedings for the purposes of Article 4 of the Recast Brussels Regulation.

In considering whether the Court should stay the claim following the principle of modified universalism, Bacon J, applying Owusu v Jackson [2005] QB 801, noted that the Recast Brussels Regulation specifically excludes bankruptcy proceedings from its scope on the basis that the “peculiarities” of bankruptcy require special rules on jurisdiction. This, she said, indicates that, where proceedings fall within the Recast Brussels Regulation, the provisions of Article 4 are mandatory and cannot be avoided by a stay on grounds of modified universalism. She also found that, even if a stay could in principle have been granted on the basis of modified universalism, the Court would only exercise its discretion to grant such a stay where there were “exceptional circumstances” or “exceptionally strong grounds” to do so, which there were not in this case. 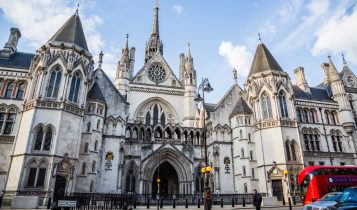 As to the English bankruptcy proceedings, it was common ground that, if successful, they would empower the Court to stay these proceedings pursuant to section 285 of the Insolvency Act 1986. Counsel for Mr Tyshchenko argued that this meant that no useful purpose would be served by allowing the claim to continue. Bacon J disagreed, finding that the existence of the “specific statutory mechanisms under which a stay can be sought” led to the conclusion that those mechanisms may be used in due course, but should not be pre-empted through the order of a stay in these proceedings in the meantime.

Bacon J also rejected an argument made on behalf of Mr Tyshchenko that, by analogy with Article 34 of the Recast Brussels Regulation, a stay should be granted to avoid the risk of irreconcilable judgments. This was not a proper extension of Article 34 since it would amount to applying the article to a situation that had been deliberately excluded from the Recast Brussels Regulation.

Finally, although the issue of forum non-conveniens did not arise in light of Bacon J’s findings on Article 4 of the Recast Brussels Regulation, she nonetheless confirmed that she would not have been minded to grant a stay on that basis in any event. Whilst the central issues in the case turned on Ukrainian law, it did not mean Ukraine is “clearly or distinctly” the more appropriate forum, given that the claimant is an English company, expert evidence on Ukrainian law can be obtained and significant resource had already been spent pursuing the proceedings in England, including the translation of numerous documents. Whilst the presence of the second defendant in England is not a “trump card”, it remains a “relevant and important” factor.

Mr and Mrs Tyshchenko opposed the continuation of the WFO on various grounds, including in reliance on an assertion that the duty of full and frank disclosure had been breached at the without notice stage. In dismissing the defendants’ arguments on full and frank disclosure, Bacon J noted that the applicant must draw the court’s attention to “significant factual, legal and procedural aspects of the case” (Tugushev v Orlov [2019] EWHC 2013 (Comm)) and that “the requirement is to identify arguments which it is reasonably anticipated that the absent party might wish to make, rather than to attempt an exhaustive trawl through every possible legal objection that might be taken”.

In considering the claimant’s application for an order for permission to cross-examine the defendants on their assets and sources of funding, Bacon J noted that cross-examination will be ordered only in “exceptional cases”, usually where it will further the purpose of the order. A general suspicion that disclosure is inadequate is unlikely to be sufficient to meet that test.

Bacon J found that the disappearance of the defendants’ considerable wealth in recent years had not been explained.

A previous judgment in JSC BTA Bank v Ablyazov [2014] EWHC 2019 (Comm), [2015] 1 WLR 1547 recorded Mr Tyshchenko’s own evidence that he owned “a hundred companies”, and yet no proper explanation had been provided as to what had happened to those assets. There was also no proper explanation as to the source of funds supporting the defendants’ lifestyle, nor the funding of the costs of lawyers and expert witnesses in this litigation and numerous separate but related proceedings initiated in Ukraine. The inference that assets were being held on behalf of the defendants by third-party nominees was a reasonable inference beyond a “general suspicion” of defects in asset disclosure, particularly given the evidence of companies and properties connected to the defendants said to be held by the defendants’ family members.

The earlier judgement in JSC BTA Bank v Ablyazov, which held that Mr Tyshchenko’s evidence on assets was “completely incredible” and that he had “not engaged in good faith in the disclosure process”, whilst not decisive, showed a “track record of lying about assets, which lends weight to WWRT’s belief that the information provided by him so far is not credible”.

Bacon J considered that there was no alternative, less intrusive means available to obtain the information sought, particularly given that the claimant had been pressing for further information for some time, and accordingly made an order for cross-examination, together with related disclosure.

Most RecentOpinion & Analysis
By Hannah Sharp On Jun 18, 2021 0
0
Share FacebookTwitterGoogle+EmailPinterestLinkedinTumblr