How the EU-AstraZeneca Dispute Could Have Been Avoided

Who is right and who is wrong? Nicholas Scott and Jade Brooks of Blaser Mills Law offer some insights on this dispute and how it could have been avoided. 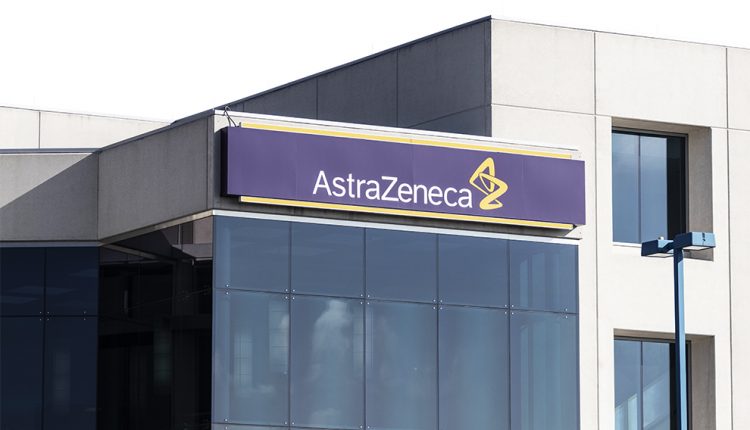 The dispute between the European Commission and AstraZeneca (AZ) rumbles on following the Commission’s decision to commence legal action against AZ for alleged breaches of the COVID-19 vaccine supply contract. Commission spokesperson Stefan De Keersmaeker confirmed it was the Commission’s view that “the terms of the contract, or some terms of the contract, have not been respected, and the company has not been in a position to come up with a reliable strategy to ensure the timely delivery of doses.” In a statement issued on 26 April 2021, AZ noted that it “regrets” the Commission’s actions but remains resolute that it “will strongly defend itself in court”. The dispute has also put UK and EU relations under strain, especially after the EU triggered Article 16 of the Northern Ireland Protocol, although they were quick to make a U-turn after widespread condemnation of this action.

Who is right and who is wrong? Nicholas Scott and Jade Brooks of Blaser Mills Law offer some insights on this dispute, how it could have been avoided and what it might say about the current state of UK/EU relations.

The problem in brief

The Commission has stated on numerous occasions that (i) AZ has failed, in breach of contract, to deliver the contracted quantities of AZ’s COVID-19 vaccine and (ii) in order to cure this alleged breach, AZ must send doses manufactured in the UK to the continent to make up for the shortfall arising from production problems at AZ’s Dutch and Belgium plants. AZ denies this.

What has AZ actually agreed to do?

So far as material, the contract says that AZ will use its “Best Reasonable Efforts” to (i) manufacture the 300 million “Initial Europe Doses” and (ii) “deliver [redacted] quantities of vaccine to certain distribution hubs following EU marketing authorisation.”

‘Best Reasonable Efforts’ is defined in the agreement as:

“the activities and degree of effort that a company of a similar size with a similarly-sized infrastructure and similar resources as AstraZeneca would undertake or use in the development and manufacture of a Vaccine at the relevant stage of development or commercialisation having regard to the urgent need for a Vaccine to end a global pandemic which is resulting in serious public health issues, restrictions on personal freedoms and economic impact…” .

Further, ‘Initial Europe Doses’ is defined in the agreement as follows:

“AstraZeneca has committed to use its Best Reasonable Efforts… to build capacity to manufacture 300 million Doses of the Vaccine, at no profit and no loss to AstraZeneca, at the total cost currently estimated to be [redacted] Euros for distribution within the EU [redacted] (the “Initial Europe Doses”).”

What were AZ’s delivery obligations?

The Commission claims that the contract contains binding obligations to deliver the Initial Europe Doses, essentially on demand and as determined by the Commission. However, the contract’s drafting does not support this, referring instead to “Best Reasonable Efforts” to deliver [redacted] quantities of vaccine to certain distribution hubs following EU marketing authorisation.” As set out above, the definition of “Best Reasonable Efforts” makes no mention of delivery, referring only to “development and manufacture.”

In fact, the sections of the contract dealing with delivery state that the parties “shall work together to identify the final delivery schedule for such Doses”. This is the sort of drafting you might expect to find in a framework agreement, e.g. delivery of commodities, where a shipping schedule has to be agreed to cover a period of months or even years, in order to accommodate the parties’ commercial needs. It is not at all obvious how this drafting creates an absolute obligation to deliver whenever the Commission demands it.

Choice of Law: Belgian vs English Law – might the Commission have been better off with English Law?

We do not pose the question above to be tendentious, but in order to test whether the Commission’s choice of Belgian law worsened its position. The UK government contract is subject to English law, which takes the approach of holding the parties to the obligations created by the words used in their contract. Whereas, Belgian law, (in common with other civil law systems) will focus on whether the parties acted in good faith and tried their best to deliver the vaccines. That is a more nebulous standard of performance, the pitfalls of which can perhaps be more easily avoided through the more precise manner of drafting obligations seen in English law commercial agreements.

How can such disagreements be avoided in the future?

The Commission’s contract betrays a certain lack of commercial common sense because it does not appear to give the Commission a great many (if any) contractual levers to effectively police the contract. By contrast, the UK government’s contract with AZ states that if any third party tries to force or persuade AZ to take any steps that would hold up supply of vaccine doses, the UK government can terminate the contract and activate various penalty clauses. However, the Commission’s approach seems to have been to rely more on the broader civil law concept of good faith, rather than the English law approach of spelling out in the contract what should happen. That has been to the EU’s detriment.

What could the Commission expect as a remedy?

It is understood that the Commission has waived its rights to sue AZ for any delay in delivery. The Commission could terminate the contract for a material breach, but this would not result in delivery of any vaccine doses, so it would seem self-defeating. Equally, it seems relatively unlikely that a court would order specific performance of the contract, as this would require diversion of doses from other countries, which would likely be prevented by some form of export control in those other countries.

Despite the recent legal action the Commission has launched against AZ, it seems fairly unlikely that it will actually result in delivery of more vaccine doses. As such, you have to question the merit of it.

Did the EU go too far in invoking Article 16?

Northern Ireland’s first minister, Arlene Foster, branded the triggering of Article 16 “an incredible act of hostility”. The Commission has acknowledged that it went too far, with the President of the Commission, Ursula von der Leyen, stating that “mistakes were made in the process leading up the decision to invoke Article 16, I deeply regret that”. Michel Barnier, the EU’s chief Brexit negotiator, has since stressed the need to ensure that we are “preserving the spirit of co-operation” between the EU and the UK and has called for the EU to step back from a dispute with the UK over AZ vaccines.

However, the AZ row is invariably linked to the other key issues that have impacted the UK-EU relationship recently – Brexit and trade. Clearly this remains a developing picture, but the fact that the Commission is suing AZ and has dialled down the rhetoric about export controls on vaccines might suggest an element of rapprochement between the Commission and the UK in these unprecedented times.

Blaser Mills Law is full-service law firm based in London and the South East, offering a comprehensive range of legal services to businesses and private individuals. We act for blue-chip companies as well as SMEs, entrepreneurs and not-for-profit organisations.

Nicholas Scott is a highly experienced litigator recommended in the UK Legal 500 as “outstanding” and who has “tremendous knowledge and experience…always available and responds to challenges in a calm, decisive and unphased manner.” Specialising in complex high value commercial disputes – typically with a significant international element – he represents clients in both High Court litigation and arbitration (LCIA, ICC, AAA, LME, WIPO) and also has extensive experience of alternative dispute resolution including mediation, early neutral evaluation and adjudication. Nick was a key member of the Defence team awarded “Dispute Resolution Team of the Year” at the 2014 Legal Business Awards and “Litigation Team of the Year” at the 2014 Lawyer Awards.

Jade Brooks is an Associate in the Blaser Mills Dispute Resolution team. She specialises in all aspects of Commercial and Civil Litigation. Jade is recommended in the Legal 500 and was a finalist for Junior Lawyer of the Year in the Law Society Legal Excellence Awards 2018.