TikTok Faces Billion-Pound Legal Claim in the UK and Europe

TikTok faces billion-pound legal claim for illegally collecting children’s private information in the UK and Europe. Anne Longfield OBE, the former Children’s Commissioner for England, is bringing the legal claim on behalf of millions of children. 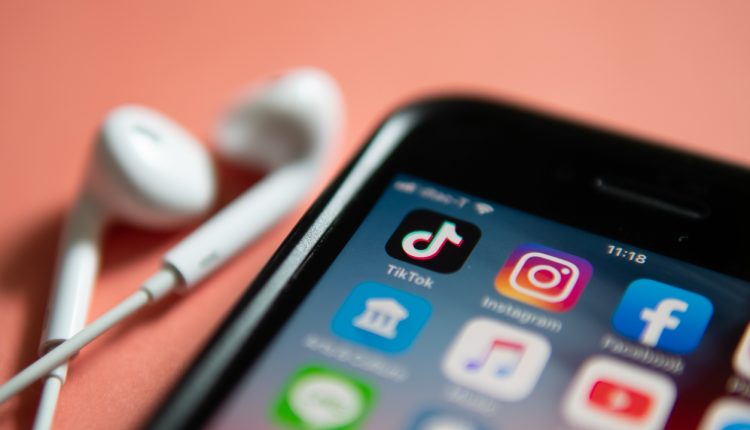 Anne Longfield OBE has brought the legal claim on behalf of millions of children in the UK and Europe. Every child that has used TikTok since 25 May 2018, regardless of whether they have a TikTok account or what their privacy settings are, may have had their private personal information illegally collected by Byte Dance through TikTok for the benefit of unknown third parties.

The wealth of children’s private information processed, allegedly illegally, by TikTok has prompted concerns over what the app is doing with this information. The personal information allegedly collected by TikTok and ByteDance includes children’s telephone numbers, videos, pictures, and their exact location, along with biometric (or facial recognition) data.

The legal claim argues that TikTok willfully takes children’s personal information without sufficient warning, transparency or the necessary consent required by law, and without parents and children knowing what is being done with their private information.

TikTok is deliberately opaque about who has access to children’s private information, which is incredibly valuable to the company. Its parent company, Cayman Islands-based ByteDance, is expected to make nearly $30 billion in 2020, with over two thirds of this being advertising revenue involving the transfer of personal information.

TikTok is a hugely popular social media platform that has helped children keep in touch with their friends during an incredibly difficult year. However, behind the fun songs, dance challenges and lip-sync trends lies something far more sinister.

Anne Longfield OBE, along with experienced law firm Scott + Scott, is fighting on behalf of children and parents to stop TikTok illegally processing millions of children’s information, and demanding that the company deletes all their children’s personal information. The claim also aims to win compensation for the millions of affected children, which could be thousands of pounds per child. The damages owed by TikTok if the claim is successful may be in the billions of pounds.

Anne Longfield OBE, the claimant’s litigation friend against TikTok said: “TikTok is a hugely popular social media platform that has helped children keep in touch with their friends during an incredibly difficult year. However, behind the fun songs, dance challenges and lip-sync trends lies something far more sinister.

“TikTok is a data collection service that is thinly-veiled as a social network. It has deliberately and successfully deceived parents, whose best intentions are to protect their children and children themselves.

“Parents and children have a right to know that private information, including phone numbers, physical location, and videos of their children are being illegally collected. TikTok appears set on making it as difficult as possible for millions of mothers and fathers to know who is benefiting from this information.

“We want to put a stop to TikTok’s shadowy data collection practices, and demand that they delete all private information that has been illegally processed when children use the app.”

Tom Southwell, Partner at the law firm Scott + Scott, commented: “The information collected by TikTok represents a severe breach of UK and EU data protection law. Children do not understand how exposed they are when they use the app, and parents have been deliberately left in the dark by TikTok.

“TikTok and ByteDance’s advertising revenue is built on the personal information of its users, including children. Profiting from this information without fulfilling its legal obligations, and its moral duty to protect children online, is unacceptable.

“We hope that TikTok gives serious consideration to the gravity of the concerns of millions of parents and takes considerable steps to improve their practices in light of the issues raised by the case”.

The legal claim has been brought on behalf of millions of children using TikTok in the UK and European Economic Area who have been impacted by the app’s actions. Research conducted in support of the legal claim estimates that over 3.5 million children are affected in the UK alone.

The claim alleges that TikTok and ByteDance have violated the UK Data Protection Act and the EU General Data Protection Regulation (GDPR), namely articles 5, 12, 14, 17, 25, 35 and 44 of the GDPR.

The legal claim alleges that TikTok violated data protection law by processing excessive amounts of users’ data without: (a) having adequate measures in place to prevent children from downloading and/or using the App; (b) having in place adequate messaging to explain which data was collected and how this was being further processed to facilitate informed decision-making by users; (c) providing the user with adequate transparency about the nature and extent of the processing of their data; (d) acquiring the relevant and necessary consent of the children’s parents or guardians, or any effective consent; and further or alternatively/or (e) any effective contractual basis or legitimate interest.

TikTok and ByteDance have displayed a troubling pattern of breaking child data protection laws. In 2019, TikTok was issued a record fine for a case involving child data in the United States. This was followed by similar penalties in South Korea in 2020.

TikTok has subsequently implemented measures for its users in the United States to verify their age when they open the App. Despite this, TikTok has refrained from introducing a similar age verification policy in the UK or other European countries.

Concerns have also been raised among by UK MPs about alleged information sharing between TikTok users in the UK and ByteDance, which could be subject to China’s National Intelligence Law.

Further information on the claim can be found at http://tiktokdataclaim.uk/.