The Valuation of Standard-Essential Patents: Is There a Common Approach?

Here we speak with Roya Ghafele, Director at award winning law and economics consultancy OxFirst, who discusses the debate surrounding the two most common approaches taken by courts when valuing standard-essential patents. Roya also explores some less-known valuation methods and high-profile cases in which they were used. 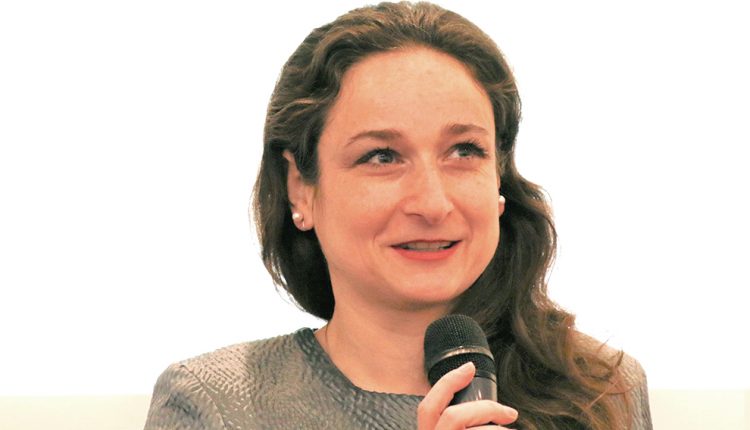 The sums that international technology corporations are prepared to invest to defend their position are significant. In the initial dispute between Apple and Samsung alone over $1 billion was at stake. This is reason enough to take a closer look at what type of valuation approaches courts have come to accept in international landmark decisions.

An in-depth assessment of key disputes suggests that courts have commonly accepted both the top-down and the comparable licences approaches to value standard-essential patents. It is also worth noting that the debate on the valuation of standard-essential patents is rather recent. Over a decade ago hardly any court devoted time to the valuation of standard-essential patents. Equally interesting is the fact that U.S. Courts have shown thought leadership on the topic, with much of the rest of the world following suit only after key issues were framed in U.S. judgments. For example, The Top Down Approach was applied in Huawei v Samsung (China, 2018), Unwired Planet v Huawei (UK, 2017), TCL v Ericsson (USA, 2017) [1], Samsung v Apple (Japan, 2014), In Re Innovatio IP Ventures (USA, 2013). The Comparable Licences Approach was used in Microsoft v Motorola (USA, 2013), SK Hynic v Rambus (USA, 2013), TCL v Ericsson (USA, 2017) and Unwired Planet v Huawei (UK, 2017).

To further understand the value of a given set of standard-essential patents, the counting of patents has also been recognised.

The top-down approach aims to offer an aggregate rate for a given standard. The method requires two steps. First, one needs to identify an estimate for the entire standard, then one needs to split this estimate among the various patents that read on the standard. This analysis allows us to understand the value of the standard and the relationship of a set of standard-essential patents in relation to the whole. Courts have accepted different ways to handle this analysis. Commonly, public statements made by major standard-essential patent owners have been used to come to grips with the value of the standard as a whole. For example, in TCL v. Ericsson, as well as in Samsung v. Apple and in Huawei v. Samsung, the total aggregate rate for the standard was identified with the support of public statements made by major standard-essential patent owners.

In Unwired Planet v. Huawei, again, the Court referred back to the findings of the Japanese Courts in Samsung v. Apple and used these as an additional cross-check for the royalty rate it identified for setting a  FRAND[2] rate.

Yet another approach to assess the value under the top-down approach was applied in the In Re Innovatio IP Ventures case. There the Court based the licensing rate on the average profit of the Wi-Fi chip. Singling out the average profit served the same purpose as setting a total aggregate royalty burden. The maximum amount available for paying royalties would stay unaffected regardless of the number of entities holding and asserting SEPs.

To complicate things further, however, it is also possible to start with identifying comparable licences and then establish the top-down approach on that basis. This was done in Unwired Planet v. Huawei. The Court started off with the identification of comparable licensing rates and then went on to run a sensitivity check with the support of the top-down approach. This allowed the Court to check the risks associated with a potential cumulative royalty stack, even if it were just hypothetical.

In comparison to the top-down approach, the underlying reasoning of the comparable licences approach is very easy to understand.

In comparison to the top-down approach, the underlying reasoning of the comparable licences approach is very easy to understand. It seeks to determine value with reference to ‘others’. While this does not require much more explanation, the art is to figure out if the comparison to ‘others’ is actually justified. Here, both substantial legal considerations and econometric assessments come into play. Just because a licensing deal was a transaction that actually happened, that does not make it a FRAND offer.

Courts have accepted the valuation of standard-essential patents and made it core to their determination of licensing rates and conditions many times. That standard-essential patents can be valued is hence not the question. Rather, it is important to decide which valuation approach to adopt in a given case. Apart from obviously having to assess the specific facts of the case, the availability of data can also play a role.

Roya Ghafele is the Director of law and economics consultancy OxFirst and a visiting professor in IP Law with Brunel University London. Previously she worked as an economist for the World Intellectual Property Organization, the OECD and McKinsey. She also held lectureships in law and economics, respectively, with Oxford and Edinburgh University.

OxFirst specialises in IP valuation and associating IP with economic worth. The IP valuations OxFirst undertook have been instrumental in assessing the value of patent infringements, the economic impact of a technology investment or the determination of an adequate licensing rate for IP.

Since 2011 OxFirst has helped Fortune 100 companies, alongside Law Firms, Private Equity Firms and Public Institutions around the world unleash the value of intellectual property and foster competition strategy.

[1] I understand that TCL vs Ericsson was vacated. However, it was not vacated on the grounds of its ()FRAND royalty rate determination. Hence, I consider this case nonetheless to offer insights as to how to approach a FRAND royalty rate.