The growth of cryptocurrencies presents a tempting target for fraudsters that regulators must come to address. 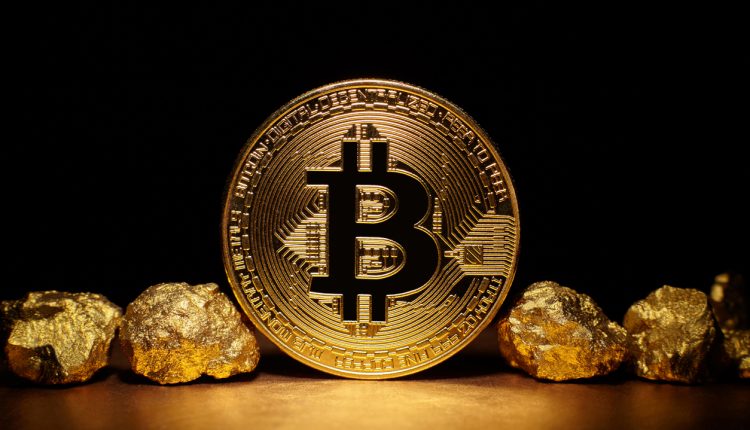 Lawyer Monthly hears from Elliott Fellowes and Kate Gee of Signature Litigation as they examine the state of the cryptocurrency ecosystem and what is being done to tackle fraudulent activity within it.

Regulators and central banks may not like it, but Bitcoin’s recent trillion-dollar market valuation and Tesla’s $1.5 billion investment in Bitcoin have made big headlines in 2021. As the biggest single investor by far, Elon Musk has joined a global army of Bitcoin holders which is now estimated at 30 million worldwide.

These investors have been attracted by Bitcoin’s sharp price rise and the accompanying blitz of media coverage about it. However, while Bitcoin may have been the first cryptocurrency (and is now the most famous and valuable), the use of others such as Ethereum, XRP and Litecoin is rapidly growing too. All of these are built on blockchain, or distributed ledger technology (DLT).

However, despite increased appetite to invest in cryptocurrencies and increasing institutional acceptance, such as JP Morgan’s newly announced “Cryptocurrency Exposure Basket”, cryptocurrencies are still regarded as highly volatile and controversial. This is in large part due to their opaque ownership structure, which is inherent in investments underpinned by DLT.

Lack of transparency and regulation paving the way for crypto-fraud

Governments and regulators are keen to support the use and expansion of DLT as it has many potential applications, including the secure sharing of medical data, cross-border payments, supply chain and logistics monitoring, real estate processing and voting mechanisms.

Central banks are also looking at future opportunities for digital currencies which they issue and regulate (CBDCs). The Bank for International Settlements and seven central banks have published a report laying out the key requirements for CBDCs, indicating that they consider that CBDCs have real potential to operate as an alternative to fiat (paper) currencies, which at present give these banks control over how much money is printed and in circulation.

Governments and regulators are keen to support the use and expansion of DLT.

However, there remains a lack of regulation in this space on a global level. Current regulatory powers are insufficient to control how crypto asset companies conduct their business and how cryptocurrencies are used in society, providing opportunities for misuse by fraudsters and criminals.

The lack of transparency is also a major concern. Without being subject to either government or central bank control, the US Treasury Secretary Janet Yellen recently detailed the use of cryptocurrencies in both terrorist financing and money laundering. Meanwhile the president of the European Central Bank, Christine Lagarde, said that Bitcoin has been involved in “some interesting and totally reprehensible money laundering activity.” In the UK, there has been some reluctance to regulate crypto-assets in the same way as other jurisdictions (such a Gibraltar, which claimed to be the first jurisdiction to introduce a regulatory framework for DLT). However, the FCA’s announcement that from 10 January 2021 all crypto-asset businesses carrying on activity in the UK must be registered indicates that change is coming.

Another principal concern is crypto fraud. Among the most high profile global crypto frauds to date are cryptocurrency Ponzi schemes, for example PlusToken (which defrauded investors out of approximately $2.9 billion via an exit scam) and WoToken (which operated a similar scheme, and netted over $1 billion for the fraudsters). Other forms of crypto fraud include hacking, unregulated or fake brokers and wholesale fraudulent crypto-currency exchange platforms. In 2020 in the UK alone, around £113 million was lost as a result of fraudulent cryptocurrency investments with a further £14.3 million lost in January 2021.

How are the English courts dealing with novel issues arising out of cryptocurrency litigation?

The English courts are seeing an increase in litigation involving cryptocurrencies, and this is a trend that we expect to continue. This requires the courts to deal with some novel legal issues. Usefully, the English courts have a range of interim and enforcement powers at their disposal, which they are deploying to assist claimants in recovering crypto-assets lost to fraud. For example, the High Court has followed the UK Jurisdiction Taskforce’s statement that crypto-assets, including cryptocurrencies like Bitcoin, are property, and has granted proprietary injunctions to prevent further dealing whilst proceedings are ongoing (see AA v Persons Unknown [2019] EWHC 3556 (Comm)).

Rise of Crypto: What Should We Be Concerned About? Dentons Advocating for Peace in Human Rights and Resolution in Infrastructure

Further, the Commercial Court in London recently heard its first initial coin offering (ICO) fraud case: Ion Science Limited & Duncan Johns v Persons Unknown unreported), 21 December 2020 (Commercial Court) ICO’s are essentially the crypto-equivalent of IPOs, and in this case the fraudster induced the applicants to transfer Bitcoin in the belief that they were investing in legitimate crypto-assets. Again, the court held that crypto-assets were property under common law and granted proprietary injunctions in favour of the applicants.

The judgment is significant as the applicants required permission to serve out of the jurisdiction against persons unknown. The court found that the lex situs (i.e. where the property was located) was the place where the person or company owning the crypto-asset is domiciled.

Importantly in Ion Science, the Court also granted permission to serve disclosure orders (Bankers Trust orders) on two cryptocurrency exchanges through which the applicant’s stolen Bitcoin had been traced. The decision marked a sea change from earlier authorities, as the exchanges in question were located outside of the jurisdiction of England and Wales. This decision, together with the powers of the court of England and Wales to order proprietary injunctions with respect to crypto-assets, makes the jurisdiction an attractive forum for potential claimants.

What does the future hold?

Market expectation is that the use of cryptocurrencies and crypto-assets will continue to grow. It is not hard to see that the increased trading and holding of crypto-assets will likely lead to more crypto-related disputes. Looking forward to the next decade, we anticipate that crypto-asset claims will dominate fraud litigation in the English courts.

Encouragingly, the English court is taking a proactive role in the global fight against cyber and cryptocurrency fraud. Its willingness to adapt its traditional weapons for use in this developing area demonstrates that it is an effective forum in which to bring actions involving crypto-assets. As ICO and crypto-related disputes continue to increase, so too will the use of interim injunctions to further factual investigations and to protect assets underpinning the litigation. The AA v Persons Unknown and Ion Science judgments are likely to act as a blueprint for future claims and, in a similar vein, we should expect to see more innovative use of weapons in the Court’s toolkit against fraud.

Elliott Fellowes is a commercial and financial services litigation associate at Signature Litigation, specialising in fin-tech and crypto related litigation.

Kate Gee is a commercial litigation senior associate at Signature Litigation, with a special focus on civil fraud, asset-tracing and cryptocurrency litigation.