The Bucket Shops of the “Meme” Stock Era: Robinhood, “Gamification,” and the Supposed New “Democratisation” of Trading

On 18 February, the Financial Services Committee of the U.S. House of Representatives held a hearing regarding trading in the stock of GameStop. 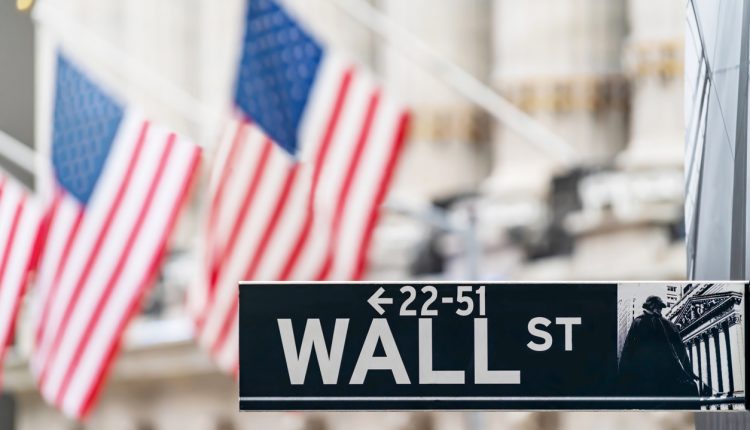 The hearing focused to a significant extent on the online trading platform Robinhood, including Robinhood’s decision to limit trading in certain stocks, and accusations that Robinhood seeks to lure young and inexperienced investors into trading on its platform by, as one lawmaker put it, “seem[ing] to have perfected the gamification of trading.” Some members of Congress haled Robinhood’s supposed “democratisation” of stock trading; others fretted about Robinhood’s supposedly commission-free trading, but from which Robinhood receives payment for order flow from larger Wall Street clearing firms.

The controversy surrounding Robinhood arises at least in part from online stock trading becoming a substitute for online sports betting and, for many participants, work itself, because of the COVID-19 lockdowns of the past year. Notably, Dave Portnoy converted his platform of “Barstool Sports” into stock trading, claiming he could make more money than Warren Buffett. In a well-publicised video, Portnoy ranted, “[w]hat do you do if you listen to old man Buffett? ‘Get out of the airlines.’ Idiot. … Unbelievable. All I do is make money. This game’s so f—ing easy. Look at me. Look at me. It’s so f—ing easy. Literally the easiest game I’ve ever been a part of. Up, up, up, up, up.”

Both the tenor of the 18 February Robinhood hearings as well as the folly of statements such as Portnoy’s lack the perspective of the history of speculative trading, of which Robinhood is only the latest chapter. Bereft from the hearing and rants such as Portnoy’s is a discussion of how and why speculative bubbles form and what forces determine long-term and short-term market. And bereft from the hearing and much of the commentary was any mention of the legal and regulatory rules that allowed – and required – Robinhood to halt trading in certain stocks for the benefit of all market participants.

Before policymakers undertake to amend the regulatory environment, and before speculators learn why the vast majority of them will never enjoy trading success of any kind (much less that of Warren Buffett – who is an investor, not a “trader”,) they should learn some history, market dynamics, and market structure for which existing policies have been developed and put in place.

Anyone with some knowledge of the stock markets of the new millennium remembers the so-called “new economy” of internet stocks and internet trading platforms. Much like with Robinhood, low-cost trading platforms emerged as part of a broader trend of reducing trading costs with innovators of the time such as Charles Schwab and E*Trade. As Charles Kindleberger recorded in Manias, Panics, and Crashes, this technology gave rise to legions of “day traders” not significantly different than Robinhood traders of today. Those amateurs may not have had Reddit, but they had plenty of media hype accompanying this frenzy – in television, print media, and fledging chat rooms, as Roger Lowenstein notes in Origins of the Bubble. In parallels to Portnoy’s turning from sports betting to financial speculation, Lowenstein notes that market news channel “CNBC pioneered a breathless sportscaster’s version of financial reporting that kept its audience at a fever pitch, beginning with the countdown to morning trading.”

A generation earlier, the 1960s saw a rash of speculation that led to failures of many brokers similar to the jeopardy that Robinhood faced at the peak of the GameStop crisis. From 1968 to 1970, about a hundred brokers vanished through merger or liquidation and most of them were tied up in legal battles with the customers unable to get their cash or securities, as John Brooks notes in The Go-Go Years. This crisis led U.S. regulators to impose stricter net-capital requirements – the same requirements that led to Robinhood’s trading halts last month.

And, although both sides of the political spectrum advocate “democratisation” of trading, this concept has roots that date more than a century ago, with mixed results. In the U.S., so-called “bucket shops”, which did not trade securities but allowed betting on the markets, proliferated in the late 19th century to rural communities as ticker services expanded and shop owners dressed their offices up to appear like functioning brokerages. Bucket shops thrived in these small towns, as noted in Edwin LeFevre’s Reminiscences of a Stock Operator. According to LeFevre, proponents touted bucket shops as a way to “democratise” trading, but, as policymakers contend today, this view faded as public anger and established brokerages and exchanges pushed to eliminate bucket shops’ “unsavoury practices.”

The inherently dynamic nature of markets exists largely because of human reactions to market changes, which magnify boom-and-bust cycles, as George Soros explains in The Alchemy of Finance. These dynamics also gave rise to the concept of “information arbitrage” where those with superior information could create a trading “edge”, and size trades according to a formulation developed in the 1950s by J.L. Kelly Jr. of Bell Labs. Back then, someone looking at the ticker at the New York Stock Exchange or via a private wire had an information advantage over someone looking at it in Boise, Idaho. This advantage persists today but at millisecond or even picosecond intervals through server co-location and order-entry algorithms. Execution engines exploit these small arbitrage opportunities and can scale them by the volume of order flow. This explains why the “order flow” to execution firms has innate value.

This history helps explain Robinhood’s limits on trading GameStop and other so-called “meme” securities more credibly than speculation that those limits came from Citadel, the U.S. government, hedge funds, or Janet Yellen. It is because of risks to net capital that Robinhood included the right to impose these limits in its customer agreements. The available data indicate that during the late January market frenzy, Robinhood faced exponentially large demand for “meme” securities all at once. The volatility of these securities and the volume of demand for them appear to have triggered the restrictions in place because such extreme events jeopardised Robinhood’s net capital.

Indeed, the exchanges maintain “circuit breakers” to halt trading in highly volatile stocks. Volatility is often a function of limited liquidity on either (or both) sides of the bid/offer in a fast-moving market. Ironically, these circuit breakers help ensure all participants receive a fair fill price on their orders. As an extension – and a warning to those trading only to influence price – circuit breakers will limit the ability to push price using low volumes as a lever. All traders, especially would-be short-squeeze engineers, should take note.

Regardless of one’s opinions of whether Robinhood should have encouraged this kind of trading through its model of democratising stock trading, Robinhood must comply with these regulatory and contractual obligations to halt trading in stocks whose extreme volume and volatility put Robinhood’s regulatory solvency in jeopardy. The onus rests on participants large and small to understand the realities of market structure. These rules have existed for decades because history is littered with instances where extreme market volatility has put investment firms, and thus investors, at risk. Inexperienced traders fail to appreciate these market dynamics because they occur sporadically in markets. Nevertheless, they happen. It is a classic “meme”, and the subjective awareness of this exponential growth compounds that growth. Traders large and small must learn, among many other lessons, to “beware the crowded trade” – that is, avoid the memes.

David Bissinger is a partner of the law firm of Bissinger, Oshman & Williams LLP in Houston, Texas. He prosecutes and defends businesses and individuals in trials, arbitrations, and investigations, particularly involving complex financial disputes including securities, trade secrets, and corporate governance.

David Port is a partner at TDI Advisors in New York and Washington, DC, where he advises clients major commercial transactions involving complex risk- management issues, particularly involving commodities. He has a been Chief Risk Officer for Noble Group, Eon Global Commodities, and Citadel, among others.

Most RecentOpinion & Analysis
By David Bissinger and David Port On Mar 5, 2021 0
0
Share FacebookTwitterGoogle+EmailPinterestLinkedinTumblr