Smart Policing: Is It a Human Rights Violation?

Smart policing is an innovative and quicker way to identify suspects or citizens during routine checks. But with cybercrime on the rise and a fine line between innovation and intrusion, we explore below whether there is any remit for people to be concerned with the rise of biometrics and 'smarter' tech. 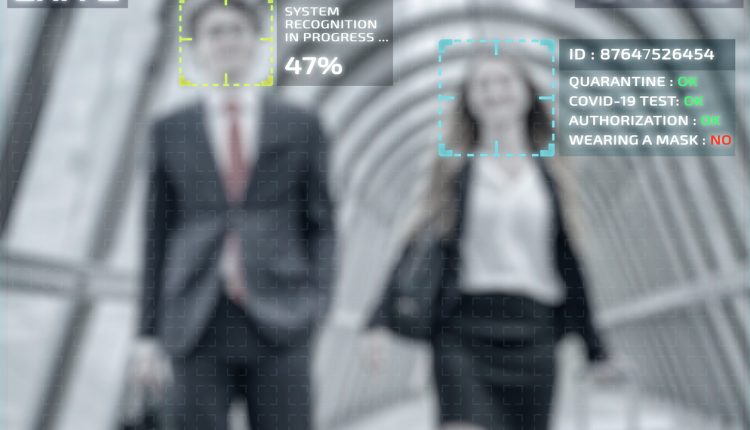 The Hellenic Police Directorate of the Ministry of Citizen Protection of Greece recently announced its intention to implement what it is calling the “Smart Policing” project, which will be used to provide devices (similar to smartphones) to officers that will allow them to carry out real-time facial recognition and fingerprint identification while on duty. Under the current law, the police are required to transfer any citizens who are not able to provide identification documents when they are stopped to the nearest police station for their identity to be verified. As such, these new devices will make the identification of citizens more time efficient and less intrusive, and allow the identification to be obtained in real time, eliminating the need to transfer citizens to the nearest police station if they are unable to provide identification documents. At first glance, it would appear that the Smart Policing project would be uncontroversial.

A number of legal issues are implicated by this initiative, though. Some of the most apparent issues would seem to be those relating to potential civil rights violations, and at least one civil rights advocacy organisation, Homo Digitalis, has filed a request to the Greek Data Protection Authority (DPA) expressing concern over the legality of the project. In particular, Homo Digitalis stated in its request that “there is a strong possibility that the Greek police is violating EU laws regarding the processing of personal data” laid out in the Greek Constitution, national laws linked to the General Data Protection Regulation (GDPR), and the EU Charter of Fundamental Rights. However, as the cost of the project will be covered in large part by the Internal Security Fund (ISF) of the European Commission, it seems unlikely that the DPA will find that the EU is violating its own Charter of Fundamental Rights, not to mention that DPA might lack the authority to even make such a finding on its own.

The successful implementation of the Smart Policing program could help to establish a precedent for limited use of such real-time facial recognition and fingerprint identification procedures.

Likewise, since a citizen who is stopped and who cannot provide identification must currently be transferred to the nearest police station to have their identity verified, it seems unlikely that the DPA will decide that the limited and less-intrusive use of such Smart Policing devices by the police during an otherwise legitimate stop of an individual will be held to violate any laws that are not currently violated by the more intrusive and time consuming current practice of taking the individual to the nearest police station. As presently contemplated, the Smart Policing project appears to be designed to minimise the impact on civil rights by eliminating the need for citizens to be taken to a police station if they lack any means of identification when they are stopped by the police. Of course, citizens would still have the right to seek redress for any civil rights violations arising from an improper stop, as they currently do.

A bigger threat, though, would seem to be the potential for one of the Smart Policing devices to be lost, stolen or misused, which could provide malicious actors with the ability to potentially access as many as 20 different security databases belonging to international and national authorities, including the Greek Ministry of Transport, the Ministry of Foreign Affairs, Europol, the FBI, and Interpol. Presumably, highly secure computer access safeguards will be implemented to minimise that risk, but the effectiveness of such safeguards will depend on how well they are designed to prevent access to the databases by malicious actors for this specific use.

For example, a basic level of protection could be provided by requiring a user of the Smart Policing device to be authenticated by multiple authentication mechanisms before granting them access, but providing only that basic level of protection would almost guarantee that a malicious actor will eventually be able to obtain access to the security databases. In addition to such basic protection, enhanced system-level protection should also be implemented that is specifically designed to prevent such malicious actors from obtaining data from those security databases in the event that they are able to bypass the access protection. For example, if the Smart Policing devices are only to be used for persons who are stopped as part of a typical police matter, such as a traffic stop or if the person matches the description of a suspect, then it would not be necessary to perform more than one such identification every minute, or perhaps more than a dozen every 10 minutes. In this case, the systems that provide access to the various databases could be limited in the ability to perform large numbers of database access transactions, such as to no more than one a minute or a dozen every 10 minutes.

Alternatively, if a police officer ordinarily only performs a small number of such identifications a day, such as 20, then systems could be implemented that detect unusual use patterns (e.g. greater than 20 a day, or greater than one a minute or a dozen every 10 minutes). Those systems could report the unusual use patterns to a supervisor, in addition to GPS or other location information, to allow the usage to be immediately investigated even if the Smart Policing device has not been reported stolen or missing, to prevent the ability of malicious actors to obtain and access a Smart Policing device before the loss of the device can be detected, and also to help apprehend such malicious actors.

The successful implementation of the Smart Policing program could help to establish a precedent for limited use of such real-time facial recognition and fingerprint identification procedures. For example, real-time facial recognition and fingerprint identification could be used to improve the security of voting, to reduce the risk of fraud in the distribution of government financial assistance or medical care, and for any other activity where the government must interact with individual citizens. If citizens are exposed to such technology in increments, then they might be more willing to allow it to be used than if it is suddenly installed at every government facility and on every street corner.

People could also be given the opportunity to approve the use of visual identification when they are getting their driver’s licence, to be used in place of having to carry a form of identification around and for other specifically enumerated purposes.

One way to expand the use of Smart Policing and related applications over the next decade would thus be to stage the implementation of real-time identification systems in a predetermined manner. Authorisation could also be requested from people when it is used to allow the subsequent use of real-time identification, such as in situations where individual authorisation cannot be obtained (e.g. when scanning a crowd for a criminal suspect). For example, when a person is stopped and does not have identification available, they could be asked to authorise the use of real-time identification using image data and other biometric data both at that time and in the future. If the person refuses, they would need to be taken to the nearest police station to have their identity authenticated, but most people would likely not object if authorisation would eliminate the need for more intrusive measures.  People could alternatively be asked to authorise the use of the image data that is obtained in such real-time identification for specific cases, such as when the police are looking for someone who has been recorded committing a violent crime on video. Many people would have no objection to such use if it would help to find suspects for such violent crimes. People could also be given the opportunity to approve the use of visual identification when they are getting their driver’s licence, to be used in place of having to carry a form of identification around and for other specifically enumerated purposes.

In conclusion, successful implementation of real-time facial recognition, fingerprint and other biometric identification systems will likely depend on how well the authorities prevent such systems from being abused by malicious actors, and whether such systems are perceived as providing a service as opposed to a threat. The incremental expansion of the use of these systems in conjunction with allowing people to opt-in to their use in exchange for easier and faster identification at places where identification is currently required could help to persuade the public that these systems are beneficial. On the other hand, well-publicised failures, abuses or security breaches could result in a much longer road to the successful implementation of such identification systems.

By Chris Rourk, Partner at Jackson Walker, Member of Globalaw