Big Four vs Big Law: How AI Is Raising the Stakes in the Legal Market

As global accountancy firms use new tech to make inroads in the legal industry, how can traditional firms respond competitively? 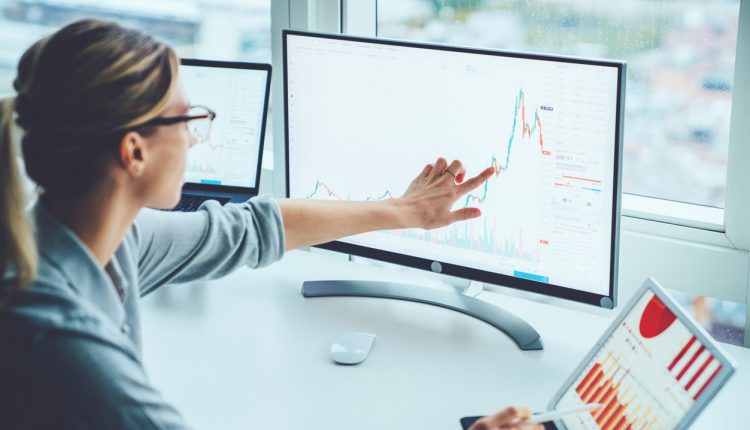 Eleanor Weaver, CEO of Luminance, discusses the role technology is playing in the expansion of major financial services firms and what it means for the legal sector.

For some time now, the Big Four have had their sights set on the legal market. Deloitte’s acquisition of Kemp Little, a 114-person strong law firm, earlier this year doubled the size of its legal division overnight, and a recent study by Thomson Reuters found that the Big Four’s market share in the legal sector is projected to grow by 12.9% this year alone.

These Alternative Legal Service Providers or ‘ALSPs’ such as the Big Four are often characterised by their willingness to rip up the rule book that has been written and embedded by more traditional law firms over the past 100 years. Innovative pricing structures, bold acquisitions and senior hires have put these players in a position to compete with even the world’s largest law firms. 23% of large firms in the UK and US say they lost business to the Big Four in 2019, for example. But above all, it is their tech-driven approach to making legal services more efficient that is raising the stakes in the legal market.

Unconstrained by the typical structure and hierarchy of a traditional law firm, ALSPs have found more latitude to change their business practice, with technology at the heart of their service delivery model. Luminance, which uses artificial intelligence to help lawyers read and analyse vast quantities of documentation, is deployed by all of the Big Four, and we’re even seeing these firms setting up legal tech incubators of their own for younger start-ups in the space. Just recently, EY GSA completed a due diligence review of over 6,000 documents 50 times faster with Luminance than it would have taken them manually, perfectly illustrating how the Big Four are using AI to deliver insightful results to their clients in a much more time and cost-efficient way.

This is all the more pertinent against a backdrop of heightened client demands and pressure to do ‘more for less’. For one, the pandemic has caused businesses around the world to assess their costs across the board, including those associated with their legal counsel. But beyond that, clients are also becoming more sophisticated in their knowledge of the transformative power of technology, and AI in particular, causing them to demand legal analysis on the issues they face at increasingly competitive costs.

Until recently, it was something of a given that budding young lawyers would enter the practice of law with big dreams of cracking open cases or closing big deals, only to be met with monotonous, repetitive document review work. But AI is changing that narrative by allowing legal professionals to cut these review times in half, leaving more time to be focused on the creative and analytical work that they entered the profession for.

Yet the question still remains: how worried should Big Law really be about these innovative market players? A 2019 report by Prism Solutions found that two-thirds of UK lawyers surveyed were “concerned” about the threat posed by accounting firms and ALSPs, with 45% saying they would consider them a “major threat”. Specifically, the report suggests that it is the ability of the Big Four to offer legal services in a “more transparent, simplified and fixed-fee manner whilst delivering superior client satisfaction” that is causing concern, with technology and new ways of working allowing these firms to be more flexible in their pricing models. A contrast to traditional law firms that have often struggled to shift their models from billable hours and 6-minute increments.

And yet, Big Law still dominates. In 2019, the total market for ALSPs was worth $10.7 billion, a figure that pales in comparison to the revenues of some of the world’s largest law firms. Last year alone, Clifford Chance and Allen & Overy both recorded revenues of more than £1.6 billion, while elite US firm Latham & Watkins made $3.8 billion. Arguably, the level of expertise and reputation that many of these top law firms employ would be difficult to replace. And with law firms themselves increasingly leveraging ALSPs as a form of subcontracting to help save money and provide additional services, there is arguably room for both players in the market.

Whichever way you look at it, the increasing diversification of the legal sector and the Big Four’s innovative use of the latest advances in technology has raised the stakes for law firms. Big Law’s ability to innovate with AI may well determine their competitive advantage.