A collision with the comedian's limousine led to a fatality and years of lingering injuries. 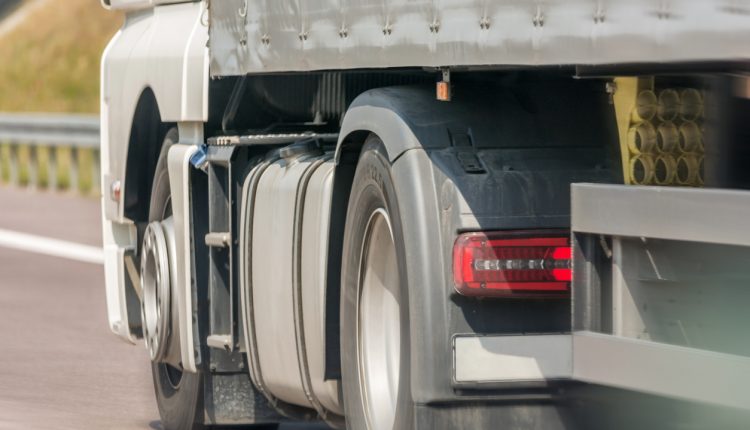 Commercial trucking accidents are always life-changing. These massive vehicles have a tremendous crash force that can leave both automobiles and human bodies mangled.

In 2014, popular actor and comedian Tracy Morgan was involved in a devastating collision that forever altered his life. While traveling on a New Jersey turnpike, his limousine was struck by a Walmart truck resulting in both severe injuries and one death. After a seemingly miraculous recovery, Morgan still has much to say about the lasting effects of this unfortunate event.

Although several years have passed, Morgan continues to publicly mourn McNair and honor his passing in social media posts. Although Tracy Morgan has seen remarkable improvements in his own general well-being, this is a loss that he’ll never recover, and one that he still openly laments.

One of the most devastating developments resulting from this event was Morgan’s traumatic brain injury (TBI). The crash occurred when the driver of a Walmart tractor trailer failed to respond to the slower speeds of surrounding vehicles and had to veer into Morgan’s limo to avoid colliding with other motorists. Morgan’s limousine bus was hit from the rear and went careening into other cars. The limousine eventually stopped moving after tipping over onto its side.

One of the most devastating developments resulting from this event was Morgan’s traumatic brain injury (TBI).

After being diagnosed with TBI, Tracy Morgan experienced a long journey back to his former self. Some of the long-term effects of TBI include:

The comedian admits to suffering long bouts of depression throughout the early stages of his recovery, and he credits his family, friends, and professional team for being a constant source of support and encouragement. According to Morgan’s lawyer, despite fighting to regain his pre-accident health, the comedian didn’t show significant signs of improvement more than one full year after his crash.

For several months following his accident, Tracy Morgan remained wheelchair-bound. Over time and with lots of physical therapy, he was able to resume walking, albeit with a cane. During his crash, Morgan suffered several broken ribs, pulverised his femur, and broke every bone in his face. He spent several days in a coma, and was blind for a full week upon waking.

Today, Tracy Morgan is closer to the person he was before his accident, but continues to walk with great effort. Although his accident occurred in 2014, Morgan gave an interview in 2020 talking about his struggles to walk without a cane or any other assistive device. With upcoming nuptials, one of his goals has been learning how to walk independent of these tools so that he can have a normal trip down the aisle.

During this interview, the actor stated that small actions such as sitting down and standing up without assistance were things that he had to learn how to do again, and that they’re movements he still struggles with. Thus, even though his recovery has been hailed as remarkable, his life is still fraught with physical challenges resulting from his accident.

The Pursuit of Compensation

The driver of the Walmart truck that crashed into Morgan’s limousine bus was undoubtedly speeding just before the crash. When encountering a large pocket of slow-moving traffic, his efforts at evasive action forever altered Tracy Morgan’s life.

Surprisingly, however, Walmart attorneys argued that Morgan’s injuries were not the result of the driver’s negligence, but rather of Morgan’s failure to wear a proper safety restraint while riding in the limousine. In spite of this argument, Walmart eventually settled with the actor and all other passengers for an undisclosed amount. This accident just highlights how important it is to speak with a lawyer after getting injured.

Truck accidents are often devastating. The recovery from TBI can be an incredibly long and challenging one, and TBI sufferers are never guaranteed to regain their former levels of brain functioning. Moreover, many people never reclaim their former personalities, speaking abilities, and other functions. Although Tracy Morgan’s recovery is certainly impressive, he still struggles with both TBI and the physical ravages of this event more than six years later.

Useful Legal Tips For Motorcyclists On Properly Handling An Accident

What Are The Four ‘Ds’ Of Medical Negligence?