Should Countries Go Private when in Debt?

Was the Greek privatisation the right decision? 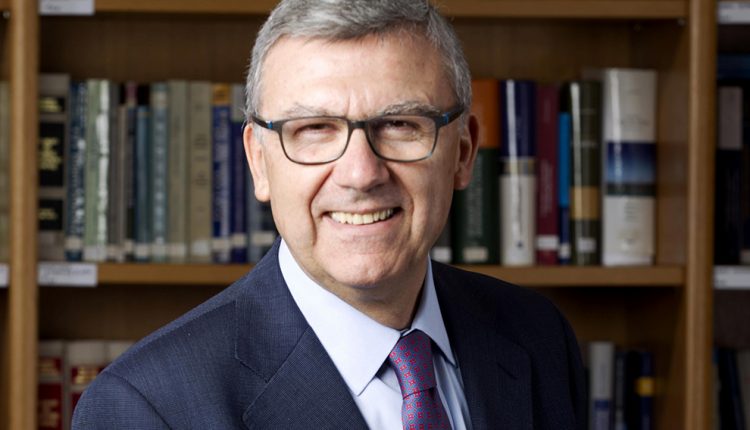 Speaking to Yanos Gramatidis, Partner, and Alexandra Papageorgiou, trainee lawyer at Bahas, Gramatidis & Partners LLP, we explore the Greek privatisation programme and the impact it had on the economy and its people. What are the benefits and negatives of privatisation? Read on to find out.

Q1. What is the Greek privatisation programme?

In view of the country’s soaring deficit, the Greek government decided in 2011 to set up a fund in order to sell off state assets. The Hellenic Republic Asset Development Fund (HRADF) was established by virtue of L. 3986/2011. Its main purpose is to privatise Public Assets (including airports, ports, real estate, casino licenses etc.), to encourage investments and competitiveness and restart the development process in Greece, which will have exponential benefits for the economy. One of the goals of HRADF is to attract foreign flow of funds, which will in turn, not only create more jobs, but also the appropriate environment for the establishment and consolidation of trust and credibility of Greece abroad. This process will result in the reduction of public debt and ensure and promote the public’s interest.

Feelings are mixed – views differ on whether the privatisation has been more beneficiary than harmful to the Greek economy. On the one hand, many blame it for the augmentation of income gaps and job losses, when on the other hand a significant portion of people consider it to be one of the few solutions to the financial crisis problem. What is undebatable, though, is the results of a study published in July 2020 by the Foundation for Economic and Industrial Research, which showed that privatisation boosted Greek economic output by around 1 billion euro ($1.1 billion) on average, for every year from 2011 to 2019. This beneficiary procedure is far from over; many profitable state assets, especially those in relation to maritime activities, such as the ports of Kavala, Alexandroupolis, Volos and Igoumenitsa, the Skaramagas, Elefsis and Syros shipyards, and Greek airports are at the moment in the process of being privatised, either partially, through majority shares sale, or wholly.

Q3. Who has benefited from this movement?

It’s common knowledge that a large number of citizens are questioning, and most of them are somewhat sure, that the state is incapable of running its companies in an efficient way. The lack of political interference can be also helpful with ameliorating companies’ management; a phenomenon which we often come across is surplus workers, who will eventually contribute to the inefficiency of the company. One should also keep in mind that a privatised firm can also tend to be more competitive, since it enters the market along with other firms; for instance, telecommunications, gas and electricity distributions companies have witnessed an increase in competition. Last but not least, the state will also benefit from the privatisation of its assets, since it will raise significant sums by selling them.

Q4. On the contrary, who has seen the negative impacts of privatisation?

Conversely, public employees have seen their jobs being jeopardised. Many claim that the public health sector, for instance, is highly prone and susceptible to ending up being undermined, because it is feared that profit will be placed higher than patient care. Another disadvantage of privatisation is the potential loss of dividends, which are from now on going to shareholders instead of going to the state fund; that’s why it’s of the utmost importance that the profit made by the lease or sale of the asset is found to be at a reasonable proportion, when compared to the loss of dividends. Of course, the difficulty which is faced when having to regulate monopolies also consists of problems, but this is a matter of state regulation; it has to be made sure that current privatised companies maintain a low-price level, and at the same time, offer quality services.

Q5. Some argue that there is no evidence showing that privatised companies work more efficiently. What are your thoughts on this?

Increased efficiency is actually one of the basic benefits of privatisation. Indeed, there is evidence supporting that statement; BT and British Airways, for instance, have shown a substantial change in efficiency, productivity and profitability since they were privatised.

Another vivid example of the private companies’ efficiency has emerged through this difficult health crisis; many pharmaceutical companies reacted quickly and offered expertise, donations, and funds, whereas national health care systems were struggling to cope with the pandemic. It has to be noted that most, that is to say 85-90% of the medicinal products circulated in the market, are a result of private companies’ work, when only 10-15% come out of university labs, where bureaucracy and cumbersome state mechanisms prevail.

Q6. When it comes to privatisation, Greece is a special case. During the debt crisis the country’s creditors forced it to sell or lease as many public and semi-public companies as possible; what effect has this had? Is this impact still seen today’s climate?

It’s true that when a country which is almost bankrupt is being forced to sell public property, that usually means that the selling price will be a discounted one. That is quite reasonable, due to the fact that whoever is in need, is the one who’s going to have to settle for less. As much as it’s disagreeable, at the same time, is actually unavoidable. However, in the case of Greece, the privatisation revenues reached have been very satisfactory so far.

Q7. Among structural policies and labour market reforms, privatisation policies and legal-institutional regulations have been carried to the top of the agenda during an economic crisis. Is this the case during the current pandemic?

Richardos Lambiris, CEO of HRADF, has stressed that the pandemic crisis has had limited impact on the fund’s plans and has only made the organisation’s determination to proceed with the privatisation even stronger, in order to serve the public benefit.

Bahas, Gramatidis & Partners is dedicated to providing the highest quality legal services. We believe that, to serve clients effectively, a law firm must meet clients’ needs for both today and tomorrow through a business-oriented, practical application of our diverse skills.

Our lawyers are trained to understand the client’s goals and to analyze and resolve legal issues within this business setting. Using their knowledge of a client’s business, our lawyers also strive to satisfy the client’s immediate needs in a manner consistent with its long-term strategic objectives. We believe that a lawyer must possess the foresight and intuition to assure clients of solutions that have the scope to meet individual needs, as well as future obstacles and opportunities.

At the core of the Firm’s practice is the representation of corporations, government agencies, financial institutions, investment banks, non-profit entities and individuals in complex financial and corporate transactions and litigation.