With the Department of Justice filing suit against Google, what hints does Congress's antitrust report reveal about how other Big Tech firms may be tackled? 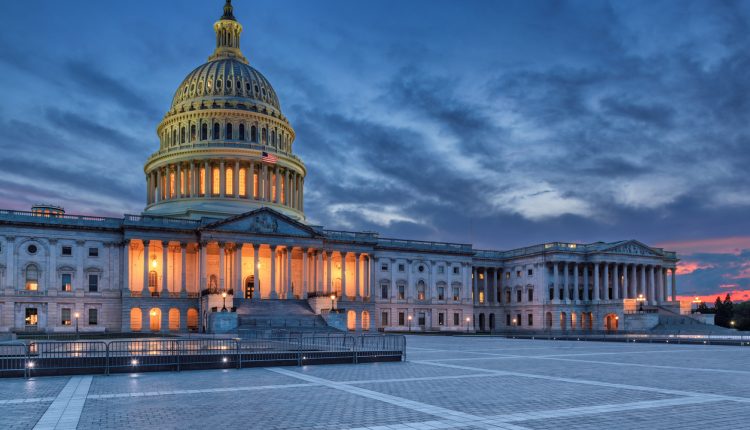 Steven Cernak and Jon Cieslak offer Lawyer Monthly a close analysis of the report from the Antitrust Subcommittee and what it could mean for the future of US antitrust law.

On October 6, 2020, the Antitrust Subcommittee of the U.S. House Judiciary Committee issued its long-anticipated Majority Report of its Investigation of Competition in Digital Markets. As expected, the Report detailed its findings from its investigation of Google, Apple, Facebook, and Amazon along with recommended actions for Congress to consider regarding those firms.

Big Tech Under the Congressional Microscope

The Report’s commentary on the four online platforms that were the subject of investigation—Amazon, Apple, Facebook, and Google—starts with the uncontroversial observation that they “play an important role in our economy and society” and notes their combined value of more than $5 trillion. From there, however, the Report expresses serious concerns about the firms’ “control over key channels of distribution” and use of their market power.

A key finding in the Report is that these firms have “significant and durable market power” in their respective markets, which include social networking (Facebook), online search and search advertising (Google), online retail (Amazon), and mobile operating systems (Apple). In fact, the Report claims that these firms now function as “gatekeepers” in their markets, which allows them to dictate terms to other market participants.

Although the Report acknowledges that several factors contribute to these firms’ alleged market power, it pays particular attention to the “high volume of acquisitions” by the firms. It details those acquisitions in an appendix, listing each of the hundreds of acquisitions made by the firms during their lifetimes. The Report claims that the purpose for some of these transactions was to “neutralise a competitive threat,” expand dominance within a market, or—in the case of so-called “killer acquisitions”—to shut down smaller companies or discontinue competing products. The Report further notes antitrust agencies, such as the US Department of Justice Antitrust Division and Federal Trade Commission, rarely investigated these acquisitions using their Hart-Scott-Rodino pre-merger review authority.

The Report concludes that Amazon, Apple, Facebook, and Google’s dominant positions have resulted in both anticompetitive and other types of harms. The alleged anticompetitive harms include “diminished consumer choice” and “eroded innovation and entrepreneurship in the US economy.” More broadly, the Report claims that the firms’ dominance has undermined individual privacy and weakened the free press.

To combat these alleged harms, the Report makes several recommendations. These include changes to existing law, including:

The Report concludes that Amazon, Apple, Facebook, and Google’s dominant positions have resulted in both anticompetitive and other types of harms.

In addition to those recommendations aimed primarily at those four Big Tech companies, the Report recommended that Congress consider several other changes to reassert what the Report sees as “the original intent and broad goals of the antitrust laws.”

Most generally, the Report takes aim at the “consumer welfare” standard that has been the consensus goal of the antitrust laws for decades. The Report decries what it sees as the standard’s myopic fixation on “price and output rather than the competitive process” and suggests Congress clarify that antitrust laws are “designed to protect not just consumers, but also workers, entrepreneurs, independent businesses, open markets, a fair economy, and democratic ideals.”

The Report recommends several specific actions to effect that change. For instance, the Report recommends a tougher merger policy through bright line rules, including a rebuttable presumption that any merger resulting in a market share of 30% or more be blocked. To protect new competitors, acquisitions of most start-ups by dominant firms would be presumptively blocked and challenges to acquisitions of nascent or potential competitors would be made easier.

Other specific recommendations would broaden and strengthen Sherman Act Section 2’s prohibition of monopolisation. Section 2 would be broadened beyond acts that entrench monopoly power to cover those that exploit such power against suppliers, workers and consumers. Also, the Report recommends a presumption that entities with market shares as low as 25% are capable of abusing their dominance in violation of Section 2.

Finally, the Report recommends overturning several Supreme Court interpretations of the antitrust laws from the last several decades. Such opinions on the chopping block include those regarding a monopolist’s alleged refusal to deal with a competitor (Trinko, linkLine); predatory pricing (Brooke Group, Matsushita, Weyerhaeuser); and leveraging its monopoly into an adjacent market (Spectrum Sports). Also, the Report would have Congress clarify that market definition is not necessary to show an antitrust violation, especially if there is direct evidence of market power.

While the Report’s drastic recommendations represent suggestions by staff of one party, they are broadly consistent with those made by academics and other commentators across the political spectrum. Expect the debate to continue no matter the result of November’s elections.

CorporateCommercialGovernment
By Cernak and Cieslak On Oct 21, 2020 0
0
Share FacebookTwitterGoogle+EmailPinterestLinkedinTumblr