Jonathan Hughley shares his experience into specialising in the legal industry and the challenges he faced. He also discusses how the legal sector can overcome bias. 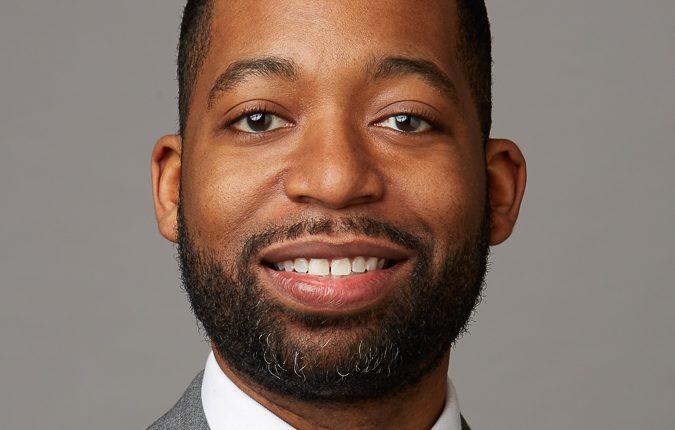 When I entered the legal profession as an attorney at my first firm almost 10 years ago, I, like many others, found myself in a new and unfamiliar place. I had only briefly met a handful of attorneys at this firm, so I didn’t have anybody that I could turn to if I needed assistance with navigating working in a mid-sized law firm for the first time. Additionally, I can recount a number of experiences here where I felt I was being treated unfairly and was singled out by my superiors. It is possible that a number of factors played a part in these experiences, but I believe my race was often a contributing factor. In fact, even before I joined the workforce, I and many other Black lawyers have had to overcome bias in order to succeed.

Law school is a critical environment for not only education but also networking and career development. It is critical for law students to be able to access professional development opportunities that can lead to a full-time job. However, unconscious bias in schools disproportionately impacts Black students and can have a devastating effect on their grades and long-term career prospects. For me, being able to gain experience in my relevant practice area of intellectual property law can be very clearly traced to my first semester in law school, where I received what I felt (and still feel) was a very unfair grade that was not supported by any objective measure. After I received my grades, I spoke with a number of my peers to determine how they responded to questions on the exam. Because many professors welcomed the opportunity to discuss exam grades with their students, I took the professor up on their offer and scheduled a meeting. While I didn’t necessarily expect to be able to convince this professor to adjust my grade, I left that meeting feeling more confused and disappointed than when I received my semester grades.

I began the conversation with the professor by simply asking how students that received full credit responded to each of the prompts. The professor then began explaining what responses they were looking for with respect to each question, and to my surprise, many of my responses included nearly exactly what they noted. In repeatedly bringing this to the professor’s attention, I could sense that the professor was becoming tense and no longer wanted to be questioned. The professor ended the discussion by telling me they graded the exam the way it was graded and, ultimately, I had to live with the grades I was given. As a result, I believe this one grade caused every IP firm I applied to, to pass on extending me a summer clerk position.

Microaggressions and hostile comments are also part of the harsh reality Black lawyers face in the workplace.

Despite this confusing experience, I was able to improve my grades and land a full-time position at my first firm in my desired practice area, but it was not long before I would encounter similar bias again here. In 2015, the National Bureau of Economic Research found that “while white workers are hired and retained indefinitely without monitoring, Black workers are monitored and fired if a negative signal is received.” The study also found that Black employees are often “only retained if they display a higher standard of performance than is required of whites” and concluded that because employers expect Black workers to “have a relatively low likelihood of being well-matched with the job.” This bias ensures they are subjected to heightened scrutiny. It is not uncommon for Black lawyers to have their work reviewed unnecessarily rigorously. For example, I once was preparing a document for a partner that I previously hadn’t directly worked with in a meaningful way, so I based my draft on a previous document that they recently sent to the same client in a “final” form, keeping much of the same language that was used in that document. The marked-up draft was essentially completely rewritten, as far more than half of the document had revisions. The partner made it a point to drop the document off to me in my office and told me that I produced a very poor draft, while questioning if I based my work off of a sample document at all. Upon telling the partner that I relied heavily on a document they recently prepared for the same client, the partner simply said, “oh, well please make these changes” and left.

Microaggressions and hostile comments are also part of the harsh reality Black lawyers face in the workplace. Take, for example, a situation in which I was only tangentially involved when a partner decided to take their frustrations out on me, the lowest person on the totem pole. In doing so, I was repeatedly called “boy”, a term historically used to belittle men of colour and one that has no place in a professional environment. But, like I was always taught growing up, I tried my best to have a thick skin and not let it get to me.

According to a study conducted by Statista, 61% of professionals either experience or witness workplace discrimination based on race, gender, sexual orientation or age, which shows that there’s still work to be done.

In fact, in response to each of these experiences in law school and at my first firm, I took it upon myself to show my superiors that not only was I capable of producing high-quality work product, but that I was willing to put in whatever time was needed to get it right if something was askew. That oftentimes translated to working far longer hours than my peers while having the understanding that the additional work may never actually be recognised or appreciated. In hindsight, I think demonstrating this work ethic throughout my career has helped me advance to my current role, but to me, my motivation in going above and beyond was to hopefully be seen as an equal to my peers. Attorneys in supervisory roles should make it a point to consider their motives and how they may come across when interacting with diverse attorneys.

According to a study conducted by Statista, 61% of professionals either experience or witness workplace discrimination based on race, gender, sexual orientation or age, which shows that there’s still work to be done. Now at my current firm, Marshall Gerstein, I implement what I’ve learned from my previous experiences and serve on our Diversity and Inclusion Committee, where I have been involved in numerous initiatives to help create a more inclusive legal industry through awareness, education, recruiting and community outreach. I also am an active member of The Chicago Committee, a nonprofit that provides networking opportunities and support for minority lawyers in large law firms, where I have repeatedly sat on panels and spoken to fellow lawyers about diversity in the legal field, my experiences as a Black lawyer and how we can move this industry forward. Some of these panels have been for Chicago LegalTrek, which is a program affiliated with the Chicago Committee that is designed to diversify the legal profession by encouraging college students from historically underrepresented groups to pursue careers in the legal profession. These conversations are always really powerful and give me hope that by starting with the next generation, we can create a more inclusive industry from the younger professionals up.

To overcome this barrier, firms not only need to actively seek talent at institutions they historically haven’t considered, but also, during the candidate evaluation process, actively question why people think a potential candidate wouldn’t be a “good fit” for the firm.

Lastly, this should be obvious, but it is also critical for firms of all sizes to seek, retain and encourage those with diverse backgrounds. Inside Higher Education recently reported that “white Americans still disproportionately outnumber their African American and Latino counterparts when it comes to obtaining good jobs, regardless of the education they have obtained.” To overcome this barrier, firms not only need to actively seek talent at institutions they historically haven’t considered, but also, during the candidate evaluation process, actively question why people think a potential candidate wouldn’t be a “good fit” for the firm. Firms have to stop coming to the immediate, incorrect conclusion that “there aren’t qualified candidates for our positions” and instead think of ways to help those candidates possess the qualities they desire. That might mean providing different types of training or assigning appropriate mentors with a vested interest in the success of the associate.

Jonathan Hughley, Partner at the intellectual property law firm Marshall, Gerstein & Borun LLP, focuses his practice on the preparation and prosecution of patent applications involving mechanical, electro-mechanical, and software technologies. He can be reached at jhughley@marshallip.com.

Client Confidentiality: Lessons From 15 Years Of Providing Legal Translations From…