What Constitutes as Police Misconduct?

A current, widely discussed topic across the globe at the moment is related to the recent killing of George Floyd in America. 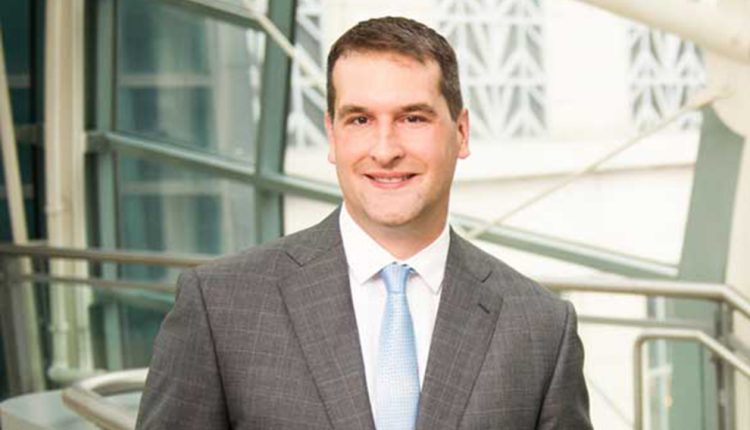 Police brutality and whether or not officers abuse their power is often debated and it is ever prevalent now, so we speak with Chris Eskew and Raeanna Spahn on how Section 1983 helps protects citizens against police misconduct and what can change to ensure such misconduct does not take place.

Section 1983 helps protect an individual’s rights in cases where police officers act in an unlawful manner. What is Section 1983?

42 U.S.C. § 1983, commonly referred to as “Section 1983” provides a cause of action and remedy for deprivations of constitutional rights, commonly involving encounters between police officer and civilians. The litigant must prove that the police officer acted under the colour of state law and caused an injury to a constitutionally protected right.

Depending on the circumstances, citizens can bring these kinds of claims against both individual police officers and against the corresponding municipal entity, such as the municipal City or municipal Sheriff.

From your experience, what are the most common reasons for section 1983 claims against police officers?

Most common Section 1983 claims against law enforcement officers include:

Depending on the circumstances, citizens can bring these kinds of claims against both individual police officers and against the corresponding municipal entity, such as the municipal City or municipal Sheriff.  When the municipal entity employer is sued, the claim is often commonly referred to as a “Monell Claim” deriving its name from the Supreme Court’s decision in Monell v. Dep’t of Soc. Servs. of City of New York, 436 U.S. 658, 691 (1978), exposing municipalities to liability for Section 1983 constitutional violations.  Monell claims reject liability based on respondeat superior, and instead, must demonstrate a municipal policy, practice, or custom for entity liability under Section 1983. Id.

An attorney can also help with any applicable mandatory state tort notices, which often have strict notice and timeframe requirements.

If someone suspects a law enforcement officer or police department has violated their rights, what action can be taken?

Section 1983 cases are extremely complex and nuanced.  Accordingly, the first step should be to contact an experienced civil rights attorney.  They can conduct an investigation and determine whether there is a viable Section 1983 claim. If appropriate, an attorney can file a 1983 claim to hold the officer and/or the municipal entity accountable.  The attorney can also determine whether additional causes of action exist, such as a state tort claim or a State Constitutional claim, to accompany the Section 1983 claim.  An attorney can also help with any applicable mandatory state tort notices, which often have strict notice and timeframe requirements.

If there is no basis to assert that the officer was acting under colour of law for purposes of Section 1983, there may be other bases for a lawsuit.

How do you decipher if it is misconduct or not?

Misconduct is a bit of a subjective term. An officer’s actions or conduct can feel wrong without necessarily being illegal. When we investigate a 1983 claim, we carefully examine and analyze the specific facts of the case while being mindful of case law and binding precedent to determine whether a constitutional right was violated.

Police brutality is a hot topic for the U.S. How can individuals ensure that police officers adhere to training and rules?

We need more accountability for officers and police departments.  There are multiple ways to accomplish policing reform, such as legislative, administrative, and/or legal action.  As to the legal system, a victim of police brutality can file and pursue an action against the individual officer who violated their constitutional right(s).  Since the municipal entity and/or the municipal insurer may provide indemnification if a judgment is entered against an individual officer, an action against an individual officer could indirectly promote reforms within the officer’s police department.  The police brutality victim could also bring a Monell claim against the municipal entity employer, such as the city, however, it is a challenging claim based upon the “policy, practice, or custom” requirement for municipal liability.   If Monell was revisited and allowed municipal liability under the doctrine of respondeant superior in Section 1983 cases, it could it hold more police departments accountable for actions of their officers and potentially help promote broader reforms within police departments.

It is also important to be mindful of the doctrine of qualified immunity, which may shield officers from liability.  Qualified immunity protects a state official from liability for damages under Section 1983 when his or her conduct did not violate “clearly established” statutory or constitutional rights. Accordingly, as to qualified immunity, it is important to carefully review, analyze and consider prior case law precedent involving similar officer conduct which existed at the time of the alleged unlawful conduct in question.

Regardless, filing and litigating viable 1983 cases may bring attention to the failings of officers and police departments and hold them accountable for any unlawful actions.   If Section 1983 cases are vigorously prosecuted, thoroughly researched and briefed by counsel, the outcome of the case and any corresponding appeal could potentially create new binding precedent which affects the outcomes of future cases.  New case law favourable to civilian litigants could potentially spark and encourage broad police reforms and change.

It is important for litigants to keep in mind that Section 1983 suits are civil actions and are separate from any criminal action against an officer.

What outcomes do clients seek when they approach you on police misconduct? How achievable are such outcomes, i.e., what happens when someone sues an officer under section 1983?

Many litigants want to see the officer to be held accountable for their actions and want police reform.  Essentially, they want to make sure that any unlawful conduct does not occur again so that someone else does not experience what they experienced.

It is important for litigants to keep in mind that Section 1983 suits are civil actions and are separate from any criminal action against an officer.   As a civil action, the remedy for a Section 1983 constitutional violation is mostly monetary damages.  Accordingly, a 1983 claim provides financial compensation for successful litigants and holds an officer financially accountable for the damages caused by their unlawful conduct.  In addition to compensatory damages, the litigant could demand punitive damages as well.  Section 1983 claims won’t send an officer to jail and their municipal employer will decide any employment consequences for the offending officer. However, holding police officers and police department financially accountable could indirectly promote police reform and change.  It is important to be cognizant that other methods, such as broad sweeping legislation, can create direct and immediate reform and remedies for police misconduct.

Chris Eskew is a talented criminal defence litigator who was born and raised in Indianapolis, Indiana. His passion for Indiana, his dedication to his clients, and his courtroom acumen set him apart from other Indianapolis criminal defence attorneys. He believes in a unique approach to client representation that focuses on the client’s goals. At an initial consultation, he sits down with prospective clients, discusses their situation, explains the law and how criminal cases work, and then works with the clients to determine what their goals and priorities really are. Armed with that information, Chris Eskew then crafts a defence strategy tailored to the clients’ unique situations and interests.

I reworded this question because section 1983 does not contain its own “laws” that an officer can “breach.” It provides a mechanism for suing when police officers (or other government officials) violate other federal laws or the constitution.

I modified this question too. Section 1983 allows for civil suits to recover damages for violations. No one is “prosecuted” or “found guilty” because it’s not a criminal statute. And as with the other question, they aren’t “breaching” the statute. They are breaching other laws; the statute just gives them a remedy to sue for those breaches.