Huawei CFO Denied Dismissal of Extradition to US

As tensions ratchet up between the West and China over the coronavirus pandemic, disagreements over Huawei’s activities in the West have become increasingly fraught. 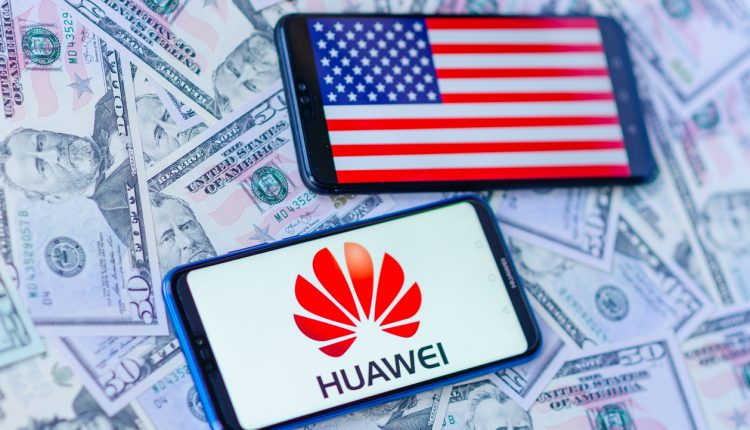 The United States’ efforts to extradite Huawei’s chief financial officer, Ms Meng Wanzhou from Canada to the US for fraud and other charges has become a particular flashpoint in these broader diplomatic hostilities.

Ms Meng has been under house arrest in Vancouver since December 2018, when she was arrested whilst transferring between aeroplanes in Vancouver airport, at the request of the US authorities. Ms Meng is the daughter of Huawei’s founder, Ren Zhengfei, who is alleged to have close links with the Chinese military and communist party.

The US is seeking her extradition on the basis of allegations of fraudulently misleading HSBC and three other banks about Huawei’s links to an Iranian subsidiary. Since HSBC clears dollar transactions, the US says that the alleged misrepresentation put the bank at risk of violating US sanctions against Iran.

At a political level, Sino-Canadian relations have been severely strained by the arrest and ongoing extradition process.

On 27 May 2020, the Supreme Court of British Columbia refused Ms Meng’s attempt to have the US extradition request dismissed. The case has been followed closely in the Canadian media, being described by The New York Times as “one of the biggest legal dramas in recent Canadian memory”. In China, where Ms Meng’s plight has stirred significant resentment, the extradition attempt is often portrayed as an effort by the US to restrain the rise of Chinese technology companies.

At a political level, Sino-Canadian relations have been severely strained by the arrest and ongoing extradition process. Just days after Ms Meng’s extradition hearing was allowed to go ahead in early 2019, China arrested two Canadians on spurious espionage charges, in a move seen by many as being retaliatory.

The day before the 27 May judgment was to be delivered, Chinese Foreign Ministry spokesman Zhao Lijian said Canada must “release Ms Meng and ensure her safe return to China at an early date to avoid more damage caused to China-Canada relations.” Canadian Prime Minister Justin Trudeau responded to this unusually pointed statement by saying that “Canada has an independent judicial system that functions without interference or override by politicians” and that, “China doesn’t work quite the same way and doesn’t seem to understand that.”

This requirement, which is known as “double criminality” was found to have been met by Associate Chief Justice Heather Holmes of the British Columbia Supreme Court.

It is clear that China sees the ongoing extradition process as being under Canadian political control. There may, in fact, be some merit in this view, despite Mr Trudeau’s protests, since the Canadian Minister for Justice may intervene in extradition cases. Ms Meng’s lawyers implored the Minister to do just that last year, saying  that the case was “palpably” being “brought for political purposes as opposed to legitimate criminal law enforcement reasons.” The lawyers went on to say that “The factual and legal underpinnings for Ms Meng’s extradition are without precedent in Canadian law”, arguing that there were no violations of Canadian law and that allegations related to other jurisdictions.

The 27 May ruling represented a major setback for such arguments against Ms Meng’s extradition to the US, given the court’s finding that prosecutors had satisfied an important legal requirement for her extradition from Canada, namely that the offences for which a person is being extradited are also offences in Canada. This requirement, which is known as “double criminality” was found to have been met by Associate Chief Justice Heather Holmes of the British Columbia Supreme Court.

Despite this adverse ruling, Ms Wanzhou’s legal team say they remain confident of her eventual vindication and argue that their client should “not be a pawn or a hostage” in the wider China-US relationship.

In her judgment, Ms Justice Holmes said that “Canada’s law of fraud looks beyond international boundaries,” while also noting that “Ms Meng’s approach to the double criminality analysis would seriously limit Canada’s ability to fulfil its international obligations in the extradition context for fraud and other economic crimes.”

Despite this adverse ruling, Ms Wanzhou’s legal team say they remain confident of her eventual vindication and argue that their client should “not be a pawn or a hostage” in the wider China-US relationship.

The Supreme Court of British Columbia is yet to hold hearings into additional matters, including whether there is sufficient evidence against Ms Meng to warrant extradition and whether her rights were properly respected at the time of her arrest. The Canadian Ministry of Justice also plays the role of a wildcard in proceedings, since it is entitled to decide whether Ms Meng extradition would be contrary to Canadian values, in which case it may block her extradition. However, the comments from the Canadian government thus far suggest that this is an unlikely outcome.

Canadian Criminal lawyer Gary Botting, a leading expert on Canadian extradition law, has called described Meng’s extradition case as a, “political type of enterprise that the United States is engaged in.”

The bottom line in these proceedings is that the US is the only jurisdiction in the world which can extradite someone merely on the basis of there being a technical dollar transfer through the states, since all dollar transactions go through New York. Therefore, even with no meaningful link to the US, there can be extradition proceedings just on that basis alone. Canadian Criminal lawyer Gary Botting, a leading expert on Canadian extradition law, has called described Meng’s extradition case as a, “political type of enterprise that the United States is engaged in.”

On February 13, 2020  – after the extradition proceedings started, and seven years after her arrest – Ms Meng was indicted by the US authorities on charges of trade secrets theft. These carry potential penalties of up to 10 years imprisonment.

The US Department of Justice has justified these new charges, saying that “Huawei’s efforts to steal trade secrets and other sophisticated US technology were successful” and that “Huawei was able to drastically cut its research and development costs and associated delays, giving the company a significant and unfair competitive advantage.”

In February, President Trump was reportedly “apoplectic” at the decision of the UK government to allow Huawei to play a role in developing the UK’s 5G infrastructure.

To many, these latest charges appear to be tacked on by prosecutors, in order to give more substance to the indictment than was suggested by the more tenuous original charges.

The Chinese government is furious with the United States’ actions in this case. Nor will the UK be immune from the fallout of this case, and the wider deterioration in US-China relations. In February, President Trump was reportedly “apoplectic” at the decision of the UK government to allow Huawei to play a role in developing the UK’s 5G infrastructure.

That proposed involvement now once again hangs in the balance, after fallout from the coronavirus pandemic caused a number of sceptical Conservative backbenchers to put increased pressure on the government. It is now reported that this backbench pressure has produced a government commitment to reduce Huawei’s involvement in the UK 5G network to zero by 2023. More broadly, many analysts are now predicting a dramatic cooling of relations between the West and China, not least given concerns about China’s transparency surrounding the coronavirus pandemic, civil rights issues in Hong Kong and reports about China’s treatment of its Uighur Muslim population.

Whatever about these wider issues, the US will not occupy the moral high ground if it is not seen to scrupulously follow the rule of law itself, in both letter and spirit. In that broader context, it is unfortunate that the aggressive US approach to Ms Meng’s extradition from Canada has caused many to conclude that the US is effectively using Canada’s legal processes for wider political purposes.