The Effect of Coronavirus on Equality and Diversity at the Bar

Ed Vickers QC explores how the pandemic has impacted those at the Bar and how BAME barristers and those from socio-economically disadvantaged backgrounds will be hit the hardest. 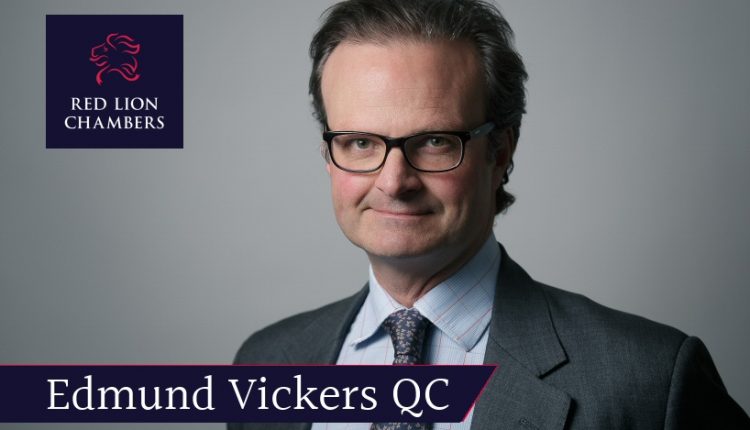 On 18th May 2020, two court centres, the Old Bailey and Cardiff Crown Court, reopened with novel arrangements in place for a very limited number of jury trials to resume or start, as the Criminal Justice System tentatively attempts to get back to work as coronavirus lockdown is eased. A handful of other courts are being health and safety checked to follow suit, but the process will necessarily be slow and cautious, and the resumption of normal service with all courts sitting will take many months, while the backlog of jury trials (already counted in thousands) builds up exponentially. The reality for many practitioners and some chambers, therefore, is that real financial hardship will deepen; being self-employed, with little financial help available, some may not survive. With depressing inevitability, such hardship is bound to affect more adversely law students, pupils and junior tenants coming from non-traditional backgrounds, and the drive to widen equality and diversity in the profession – and ultimately the judiciary – will be set back.

Black, Asian and Minority Ethnic (BAME) and state-educated barristers will be hit doubly hard – they are more likely to do publicly funded work and, by virtue of their socio-economic background, already face greater financial pressures.

A recent Bar Council survey revealed that over half of all barristers who responded believe that without financial aid they could not survive for more than six months, over three-quarters could not survive for more than a year. The picture is worse at the publicly funded Bar – a third feel that they cannot survive for more than three months, 89% for more than a year; 92% of criminal barristers expect financial hardship as a result of the crisis. Black, Asian and Minority Ethnic (BAME) and state-educated barristers will be hit doubly hard – they are more likely to do publicly funded work and, by virtue of their socio-economic background, already face greater financial pressures. With law and BPTC students having exams disrupted, pupillage interviews postponed, pupillages deferred and uncertainty caused by chambers over recruitment and financial awards, those from non-traditional, socio-economically disadvantaged backgrounds, again, have a steeper mountain to climb than those who can rely on others for financial support to weather the storm.

The financial fragility of practitioners trying to survive in a Criminal Justice System that was already, before the crisis, at breaking point and working in a court estate that is literally falling apart, is itself deeply worrying

Add to that gloomy picture the difficulties of those planning to return from maternity leave, primary carers and those home-schooling children (mainly women) and those having to self-isolate because of disability or vulnerability (or living with someone with vulnerability), the incentive to come to or remain at the publicly funded Bar is diminishing to a point where many are considering giving up. Retention is already a problem for many sets of chambers, where secondments at salary-paying law firms and government agencies often lead to practitioners leaving the Bar for the private sector. Some just leave the profession altogether. The financial fragility of practitioners trying to survive in a Criminal Justice System that was already, before the crisis, at breaking point and working in a court estate that is literally falling apart, is itself deeply worrying, but if its long term effect is to undermine recent modest advances in equality and diversity at the Bar, the profession and the Justice System will be much the poorer for it, not only in terms of talent and experience, but also in the public’s faith in the system.

The problem at the publicly funded Bar is acknowledged by the senior judiciary. The Lord Chief Justice, Lord Burnett, addressing the Parliamentary Constitution Committee on 13th May, highlighted some of his concerns about the future of the profession: “As for the rates of criminal legal aid, my concern is that for the system to operate effectively: there has to be a vibrant, independent publicly funded criminal profession. The availability and spread of solicitors in the legal aid crime world has diminished. That really does worry me and worries me more at the minute because of the potential lack of viability of many high street firms in the current environment. The same is true of the Bar. There is a real concern that as a result of what is going on at the moment, quite apart from the predations on income over the past 10 years, there will be fewer barristers likely to do crime emerging from this crisis than there were before. Clearing up backlogs across the system will only work if the legal profession which underpins the criminal courts remains vigorous and survives in its current form through the emergency. That really does concern me.”

As a profession, the Bar needs to meet these present challenges head-on, but it must also not lose sight of the fundamental need to make itself more inclusive, diverse and representative.

The priority for the profession must be to alleviate immediate financial hardship: many young practitioners have reported that they do not qualify for Covid-19 loans, for instance, if they do not have three years of accounts, and that even with loans they will not survive if their source of income dries up because of a trial system disrupted for many months. The Bar Council has done much to lobby the government to extend schemes to alleviate financial hardship and the Bounce Back Loan will help many, as will the ability to obtain testing for Covid-19 as a key worker through the Bar Council. Many chambers are trying to renegotiate rents with their landlords; those chambers that can afford it have policies in place to help the junior end, for example, guaranteeing income for pupils and new tenants, but, again, sets doing predominantly publicly funded work are themselves struggling to pay their rent and staff costs.  The financial pressures on these chambers may affect the number of pupillages awarded and chambers will need to be careful not to make conservative choices in their selection of pupils and tenants as a result. Ongoing negotiations over fees between the profession and government must be ramped up to ensure that an independent, publicly funded profession can survive. It is evident that the Criminal Bar Association and Circuits are working hard to achieve this and the Lord Chancellor, Robert Buckland (himself a former criminal barrister) is acutely aware of the problems: he should be encouraged to take a determined stance with the Treasury if he wishes to stave off calamity.

The crisis may have some unexpected beneficial consequences – more flexible working, virtual hearings, less travel, Judges taking into account a barrister’s responsibilities as a primary carer when fixing cases or determining the length of the court day

As a profession, the Bar needs to meet these present challenges head-on, but it must also not lose sight of the fundamental need to make itself more inclusive, diverse and representative. Once that goal is achieved in the profession, the judiciary – often caricatured as male, pale and stale – will become more representative and, importantly, will appear to be more relevant and in touch with society. There are a number of ways that chambers are working towards that goal. Red Lion Chambers, a traditional criminal chambers set in terms of its publicly funded defence and prosecution work, implements paradigm training provided by the Bar Council E&D policy unit and has a range of policies that encourages and supports law students and aspiring barrister pupils to make the long and often daunting journey to the Bar. Its outreach partnership with the East London Business Alliance, working with the University of East London, and the establishment of a mentoring scheme, are designed to give students the confidence to pursue what is still viewed as an unattainable and unaffordable career. The Kalisher Trust, the Bar’s only charity which encourages students from non-traditional backgrounds to pursue a career at the Bar, has a full range of education, outreach and mentoring schemes, in addition to offering internships and scholarships and is considering new ways, such as a sponsored mini-pupillage scheme, to promote its aims. But all chambers, right across the sector, should be doing more.

How to Make Mediation Work Promoting Dispute Resolution in The Bahamas

The Inns of Court are striving to help. Some financial assistance is available from the Barristers’ Benevolent Association and the Inns have established hardship funds in response to the financial crisis – Middle Temple has asked all members to donate something to the fund. In addition, Middle provides online assistance to student members and pupils, ramping up online qualifying sessions, continuing education and pupil advocacy courses, and is holding virtual interviews for all students applying for substantial, means tested, scholarship awards. There is a palpable desire to ensure that a career at the Bar should be open to all.

The crisis may have some unexpected beneficial consequences – more flexible working, virtual hearings, less travel, Judges taking into account a barrister’s responsibilities as a primary carer when fixing cases or determining the length of the court day; and the concept of wellbeing is slowly taking root. But at a time when the future looks bleak, the profession needs to re-examine its approach to access, recruitment and retention, and redouble its efforts to promote diversity in the profession if it is to be truly representative of the community it serves.

Trustee of The Kalisher Trust