How Will the Outbreak of COVID-19 Impact Workers in the Gig Economy?

We spoke to a few experts on how the coronavirus outbreak has impacted gig economy workers. Firstly, we explore the initial impact this situation may have. On the following pages, which you can explore below, we touch on how behind legislation is in this area, how Covid-19 has seen the rise of gig economy workers and how they are denied basic employment law rights. 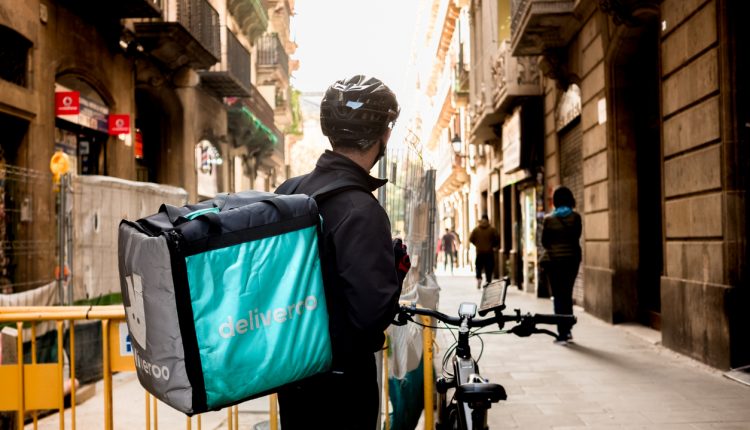 Catherine Kerr, Partner and Head of Employment at Primas.

The outbreak of COVID-19 has left people feeling scared and confused about what the future may hold. As the UK goes into what is effectively a complete lock-down for the next three weeks (if not longer), financial and economic security is at the top of everyone’s priority list as we navigate our way through this challenging and difficult time.

The Government’s unprecedented measures in support of employers and employees are without a doubt ground-breaking and provide a lot of comfort during these uncertain times. But one group of workers that’s faced increased difficulties as developments unfold, are those working in the so-called ‘gig’ economy, whereby workers are paid per job, rather than hourly – such roles include event staff, taxi drivers and delivery drivers, to name just a few.

They are not ’employed’, so they can’t be classed as a furloughed employee, meaning they don’t have the option of having up to 80% of their wages paid via the Government’s Coronavirus Job Retention Scheme (“CJRS”). They’ve been caught between choosing to remain at home, self-isolating to avoid potentially passing the virus onto others or remaining in work to support themselves and their families. Now, if they don’t work for a business classed as critical within the COVID-19 crisis, they should be in lock-down with everyone else.

Thankfully, the Chancellor’s announcement on 26 March 2020 has given hope for many self-employed individuals and freelancers including gig-workers as the Chancellor acknowledged they too are deeply anxious and “have not been forgotten”.

Until 26 March 2020, there has been very little provision made for gig workers, with limited support provided to help them feel secure as the updates continue to roll in about measures to tackle the coronavirus. Given the national lockdown and the shutting of pubs, clubs, restaurants and other social venues including the banning of large-scale events, many gig economy workers have been left out of work and out of pocket.

Thankfully, the Chancellor’s announcement on 26 March 2020 has given hope for many self-employed individuals and freelancers including gig-workers as the Chancellor acknowledged they too are deeply anxious and “have not been forgotten”.

Full details and guidance will obviously follow but we now know that self-employed people will receive effectively the same support as furloughed employees under the New Self-Employed Income Support Scheme. This will be available to the self-employed and freelancers adversely affected by coronavirus. The criteria to prove they have been adversely affected remains unknown. Further, due to the significant variations in potential earnings for the self-employed, the new scheme has been limited to those with a trading profit up to £50,000. Interestingly, a limit not set for employers under the CJRS.

The good news is that self-employed people will now be able to claim a taxable grant worth 80% of their average monthly profits over the last three years up to £2,500 per month. The scheme will be open for at least three months and extended if needed. It effectively mirrors the support enjoyed by furloughed employees.

To claim, self-employed individuals must have completed their 2019 tax return. Having said that, for those that didn’t, they now have a four-week window to complete their tax return. The hope is that HMRC will have the scheme up and running by the end of June 2020 and, if eligible, the money will be paid directly into the individual’s bank account. This won’t help with immediate cash-flow issues but provides comfort for the summer months.

We are also seeing continued efforts from gig economy providers to offer so-called hardship funds for its workers.

It is also important to note that, in order to qualify for this scheme, individuals must make the majority of their earnings from being self-employed so, in other words, if they have other PAYE work they cannot claim. Interestingly, it also appears that the self-employed can claim but continue to work (unlike furloughed employees who must not be working). What is not clear is what will happen to those who work via their own limited company or umbrella companies.

Considering gig-economy businesses such as bicycle delivery company Deliveroo and taxi-come-food-delivery company Uber Eats have both stepped up over the last few weeks, helping chains and independents alike to keep serving food to the public, it is encouraging to see gig-workers get support from the Government.  Both companies have also said that they will make special compensation available for its workers who are diagnosed with COVID-19 but have not been clear about what this amount will be.

We are also seeing continued efforts from gig economy providers to offer so-called hardship funds for its workers.

It is reassuring to see that the gig economy has been included in the net of support we are seeing cast across the UK at the moment, and hopefully, this latest announcement will help alleviate some of the worries among the self-employed.