How Common Are Pedestrian Accidents in NYC?

As one of the most traffic-congested cities in the world, pedestrians in New York City face a drastically higher likelihood of personal injury. 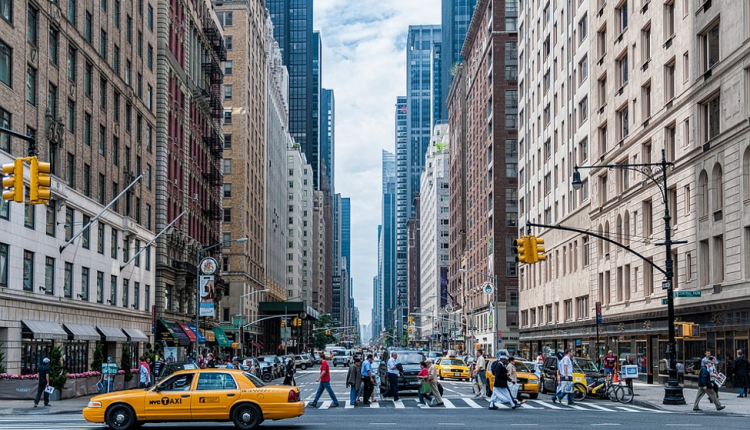 New York has some of the highest pedestrian traffic rates in the US. With millions of people on the streets of New York City each day, it’s not surprising that pedestrian safety is a top concern. Even with strict legislation, plenty of space for walking, and awareness campaigns, there were still 121 pedestrian deaths and 28 cyclist deaths in NYC in 2019.

There are thousands of further injuries that stem from pedestrians being injured in New York bus accidents, collisions with passenger vehicles, and accidents involving cyclists. Fortunately, the city understands that need for enhanced pedestrian safety measure and have begun the “Vision Zero” project to address unsafe conditions for pedestrians and cyclist in the city.

If you have been injured in an accident (as a pedestrian), it is in your best interest to consult with top New York accident lawyers. It can be difficult to prove fault and receive fair compensation without appropriate legal representation. Learn more about pedestrian accidents below.

Of all people sharing the roadways and public spaces, pedestrians are the most vulnerable. If a motorist driving any type of vehicle strikes a pedestrian, the pedestrian is the most likely to suffer serious injuries and/or death. Listed below are pertinent pedestrian accident statistics.

New York City consistently ranks as one of the most places for pedestrians. This is mainly due to the high number of people that walk. While some pedestrian-involved traffic accidents are the fault of the pedestrian, many others are caused by negligent actions by someone driving a vehicle. Some of the most common causes of pedestrian accidents include:

What is Vision Zero?

What to do if You Are Injured in a Pedestrian Accident

If you are a pedestrian that has been injured in a traffic-related accident (due to the partial or full fault of a motorist) it is your right to seek fair compensation. It is important to note, that if your injury as a result of negligence on the behalf of an MTA operated vehicle, it is in your best interest to connect with a proven New York City bus accident attorney as the claims process can be complex.

Pedestrians involved in traffic crashes typically sustain serious and sometimes life-threatening injuries. Medical costs, lost income, and decreased quality of life are all potential damages that you can recover compensation for. Working with an adept accident lawyer in New York City will offer you the best chance of receiving maximum compensation.