Everything You Need to Know about Equal Pay 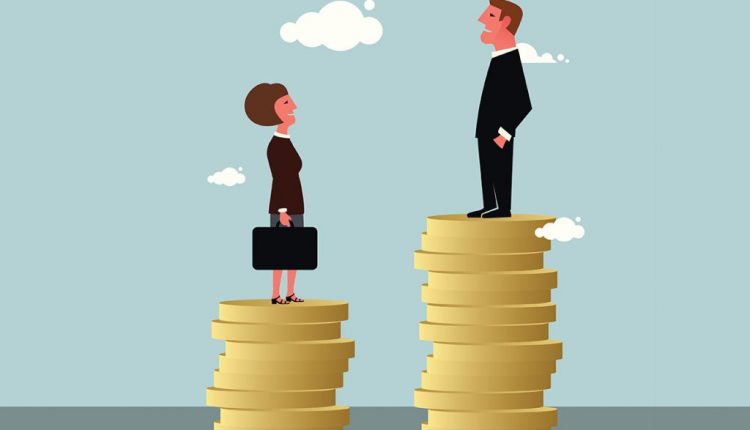 Awareness of the gender pay gap is at a high, and businesses are coming under increasing scrutiny for their payment practices. Claire Woolf, a Managing Editor at Sparqa Legal, weighs in on the legal issues involved with equal pay and advises businesses on how to avoid the damages that may be caused by unchecked pay disparity.

In January, it was announced that Newswatch presenter Samira Ahmed had won her equal pay case against the BBC, leaving the corporation facing a bill for hundreds of thousands of pounds in back pay and the prospect of similar claims being brought by others.

Ahmed successfully argued that her work is of equal value to presenter Jeremy Vine, who was paid over six times more than her per episode for his work on Points of View. The BBC tried to argue the two presenters perform different roles, requiring different skills but the unanimous judgment said the BBC failed to prove the pay gap wasn’t discriminatory.

The case serves as a useful reminder of the risks of falling foul of the equal pay rules. To help your business avoid being exposed to potential staff grievances, reputational damage or even tribunal claims for compensation, here’s everything you need to know about equal pay.

So, what exactly is ‘equal pay’?

‘Equal pay’ refers to the fact that women and men have the legal right, set out in the Equality Act 2010, to be paid equally for equal work. In this context, ‘pay’ refers not only to staff members’ wages, but also their contractual benefits packages, including non-discretionary bonuses, performance-related benefits, company cars, sick pay, holiday pay etc.

How do the equal pay rules work in practice?

The general rule is that your staff must be paid the same as other members of your staff, either current or former, of the opposite gender who are, or were, carrying out equal work to them.

For example, if you take on a new male employee and he has negotiated a higher salary than the salary you pay an existing female employee in the same role, her employment contract will normally be automatically modified by the Equality Act to ensure she is paid the same amount as him.

What is equal work?

‘Equal work’ doesn’t mean that your staff must be doing identical work, but section 65 of the Equality Act sets out that it must be work which is either similar, e.g if the roles involve similar tasks or require similar skills, rated as equivalent (eg placed in the same grade) by a job evaluation scheme you’ve carried out, or work of equal value.

Work of equal value is work that makes equal demands of your staff, ie the roles require a similar level of skill, training or decision-making even though the jobs are entirely different. For example, a tribunal found that a canteen assistant did work of equal value to three men, each employed as a painter, a joiner and a thermal engineer. Whether or not the roles are of equal value will come down to the specific nature of the work in question.

The BBC’s legal team argued that Ahmed was paid the same as her Newswatch predecessor Ray Snoddy, and that he should be her pay comparator rather than Jeremy Vine. They argued that Vine and Ahmed’s roles were different, as the presenter of Points of View needed to have ‘a glint in the eye’ and to be ‘cheeky’. The employment tribunal found it difficult to translate this into the relevant skills, experience or qualifications required to do the job properly and found that their work was broadly similar and that Vine was a suitable comparator.

Are there any exceptions to the equal pay rules?

The only exception to the equal pay rules is set out in section 69 of the Equality Act and explained by the House of Lords in Glasgow City Council v Marshall. This is that if you have a genuine and material reason for paying male and female staff members differently, that does not relate to gender, you may be justified in doing so. However, this exception won’t apply if there is another way of addressing the issue which leads to less or no discrimination.

There is no list of specified aims or practices that are justified; it will always depend on the particular situation.  In Dr Pamela Enderby v Frenchay Health Authority and Another, the court said it could be justified where the male comparator was more qualified than the woman and it was difficult to hire individuals with his particular skills or experience. In other cases, geographical differences have provided justification, e.g you have a staff member who works in London where the cost of living is higher, whilst another employee works at a location outside of London.

The BBC was unable to produce evidence to prove any of the material factors it put forward to defend the difference in pay, and the tribunal specifically commented on the lack of transparency in its pay structures.