What Is the Right Way to Appoint an Administrator Outside of Court Hours?

Electronic filing was first introduced in the UK in November 2015 and has since become mandatory to use across a wide range of courts in England and Wales, including when appointing an administrator. 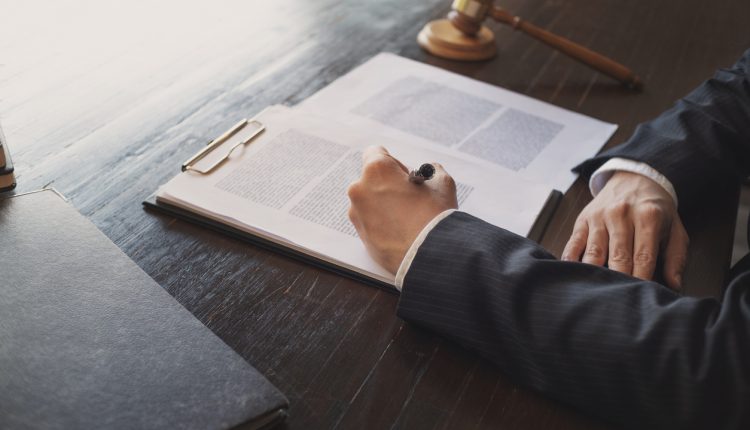 The system is designed to make it possible to file documents online 24 hours a day. Rather than streamlining court process however, the system has created more confusion that risks affecting certain types of insolvency cases.

At the heart of this confusion is the fact that the 24-hour e-filing system is being used to make administrator appointments out of hours, something it was not intended for. The uncertainty arises as, under the Insolvency Rules 2016 (IR 2016) and the accompanying Practice Direction which govern the court’s 24-hour e-filing system, only qualifying floating charge holders (QFCH) can benefit from appointing an administrator by a designated fax and email outside of the usual 10.00am to 4.30pm court hours.

Crucially, the IR 2016 rules do not confirm whether a company or its directors can use e-filing to affect an out of hours administrator appointment.

The wording in the PDIP can be interpreted as preventing both QFCHs and directors from making an appointment using out of hours e-filing, whilst allowing appointments by the prescribed email and fax address out of hours from either a QFCH or a director, which appear contradictory.

A QFCH of Skeggs Beef gave notice of the appointment of administrators of the company at 5.03pm by using the e-filing system rather than through the IR 2016 out of hours procedure of using the prescribed fax and email address. In this case, the court endorsed the notice of appointment as being valid at 5.03pm.

It was later held that the filing of the notice of appointment was in the prescribed form but in the wrong manner i.e. it did not follow the prescribed manner of fax and email. This appears to amount to a “defect” or “irregularity” rather than a fundamental error, as it was an issue of not following procedure, and therefore can be dealt with by applying Rule 12.64 of the Insolvency Rules 2016. Typically, for this rule to be justified, there needs to be insolvency proceedings on foot and the court must find that the defect or irregularity has caused no “substantial injustice.” If this is satisfied, then the appointment will not be invalidated by any defect or irregularity.

However, if it is found that substantial injustice has been caused, then the court must ask itself whether that substantial injustice can be remedied by an order of the court. The court must consider, in light of all circumstances, whether it is appropriate to make a remedial order. If so, then the defect is cured on the court making the order. If the court cannot make a remedial order or does not consider that it is appropriate to do so, then the defect remains uncured.

In the case of Skeggs Beef, it was held on the facts of the case that this was a case of defect which caused no substantial injustice to anyone. Therefore, the appointment was valid and took effect at 5.03pm and all subsequent acts of the administrator were in force.

It is important to note here that even though the facts of this matter practically prove otherwise, the Court did try to make the hierarchy of the rules applying to the procedure for administrator appointments clear by confirming that it is not possible to effect any administrator appointment out of court hours through the e-filing system as the IR 2016 do not provide for this. It can only be done via the correct procedure of the IR 2016 guidance of using the designated fax and email by a QFCH.

With these two cases, the facts are identical, the directors of the Companies decided to appoint administrators in order to safeguard the interests of their creditors at a time of considerable pressure. The e-filing of the notice of appointment was permitted outside of the court counter opening times due to the 24-hour nature of the technology and the court staff accepted the notice of administration by email before the usual court counter opening time of 10am.

Thankfully, in these cases nothing of any great consequence in relation to the appointment had occurred before 10am that day, especially within Re Triumph Furniture as they received their appointment confirmation only 31 minutes before the court opening time and the actual time at which the Court has held for their appointment to have taken place.

What all of the cases discussed above make clear is that the e-filing system should not be used to effect an out of hours administrator appointment, as well as upholding the fundamental point that the IR 2016 and preceding legislation actively intends to give wider appointment rights to a QFCH out of hours than those given to the debtor companies and its directors.

It also made clear that, despite some confusion among court staff, only a QFCH could make an out of hours appointment using the prescribed out of hours email and fax address, the directors of a company could not.

Despite some confusion among court staff, only a QFCH could make an out of hours appointment using the prescribed out of hours email and fax address, the directors of a company could not.

What is less clear however is whether an appointment made using the e-filing system (whether by a QFCH or the directors of a company) needs to be validated by way of a court application or if they automatically become effective when the court counter opens on the following day.

There is no explanation as to the severity of the error if one has used the e-filing system for an appointment.

Certainly, the more guaranteed route is to follow the IR 2016, where the QFCH submits an appointment via email and fax. Applicants should not see it as a guarantee that they can use e-filing out of hours in the hope that their application will be accepted the following day. The court has not provided a lot of clarity other than that the practice direction needs some further practical thought and the staff responsible for online filings need instructions as to the time they can endorse appointments of administrators.