Embezzlement is one of the most common crimes which occurs in the employment and corporate field, but what exactly is it and what steps should you take if you have been wrongly accused of embezzlement? 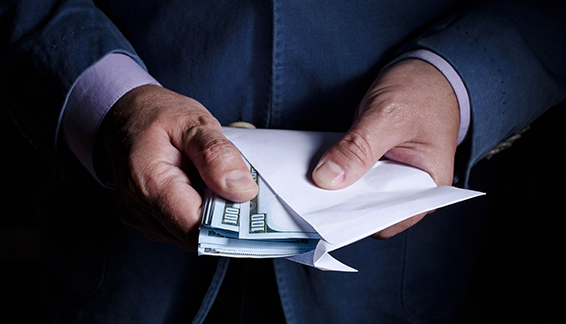 Speaking to Scott Rosenblum, he sheds light onto this topic and briefly explains what embezzlement is and the penalty involved.

Generally, embezzlement occurs when a person has lawful possession of the property of another, converts or takes that property for their own use, and has no intention of giving it back. The main difference between embezzlement and garden variety stealing is that embezzlement involves the breach of a position of trust, a fiduciary duty. Someone has trusted you with their property, and you’ve used it for your own purposes instead of the purposes for which it was entrusted to you. The definition of embezzlement will vary among jurisdictions.

What is the penalty for embezzlement?

Is it embezzlement if you own the company, or if the money is returned?

You can still be convicted of embezzlement even if you own the company. If you are using funds that should go toward company purposes for your own personal purposes, you may be committing embezzlement.

You can still be convicted of embezzlement even if you return the money. If you intended to use it for your own personal purposes back at the time you took it, you may have committed embezzlement. However, the fact that you gave it back should reduce your sentence and/or the amount of any fine or restitution.

What steps should clients take if they have been accused of embezzlement?

If you have been accused of embezzlement, you should remain silent and immediately seek the advice of an experienced lawyer like myself who practices in this area. It may be in your interest to cooperate with any investigation, but you won’t know that until you talk to a lawyer. If you are approached by law enforcement, you should say you want to remain silent and speak with a lawyer. I’ve had far too many cases where clients have made statements prior to getting my advice and those statements end up hurting them.

Moreover, what steps do you take as their lawyer?

As their lawyer, I would thoroughly discuss the case and their potential exposure with them, let them know their options, and fight for them and their rights in the event of a prosecution or trial. As my clients know, I don’t like to lose.

What is the biggest challenge you face when defending clients in highly complex white collar crime offense cases?

The biggest challenge in defending highly complex white collar crime cases is typically the vast amounts of sometimes hypertechnical discovery we receive, especially in a large multi-defendant conspiracy case. It doesn’t help that the federal rules provide very little in the way of disclosure obligations for the Government regarding witness statements and impeachment material. I may not have crucial information until the eve of trial.

Your expertise is also well-known in the political realm, and many local politicians seek your expert criminal defense services; is there added pressure when politicians are your clients?

I don’t feel any added pressure with my politician clients; however, their position raises the profile of the case and can make negotiations more difficult since the Government may want to make an example of them. That is where experience really comes into play.

What has been your favorite case to date and why?

My favorite case to date is – I will give the same answer I gave when one of my four children would ask “which one us is your favorite?” I would always say the one I am looking at! Same applies to my cases.

Do you have any nuggets of advice you would offer to those studying to become a lawyer?

My biggest piece of advice would be to find someone like me who can mentor you and, if you want to be a litigator, get in a courtroom early and often. That is the only way to truly build your skills.

Mr. Rosenblum exclusively concentrates on the areas of Federal and State criminal law representing individuals and businesses charged with business crimes, white collar, murder, sex and drug offenses. He has represented dozens of professional athletes and major recording artists. Mr. Rosenblum has handled three of the nation’s largest white collar federal cases including one of the country’s largest internet gambling cases. He has tried over 400 cases including approximately 100 murder cases and has argued appeals before every Missouri Court, including the Supreme Court and the Seventh and Eighth United States Circuit Courts of Appeal.

At Rosenblum Schwartz & Fry, their attorneys have spent decades building, honing and refining their legal skills. Respected by colleagues and feared by prosecutors throughout Missouri and Illinois, they are known for their meticulous attention to detail, fierce approach and relentless pursuit of promoting and furthering clients’ best interests.