What Is Being Done to Tackle Cartels and Corruption?

Speaking to one of Lawyer Monthly’s trusted legal experts, Phillip Gibson, we address corporate cartel. Phillip tells us what Australia is doing to tackle corruption and where problems lie in this area. 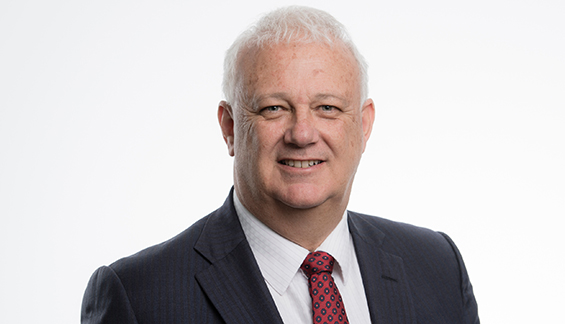 Can you share the legal enforcements in Australia which relate to tackling corporate cartel?

In Australia, corporate cartels are regulated by the Competition and Consumer Act 2010 (the Act). It is an offence for two or more competitors to enter into any agreement that contains or gives effect to a ‘cartel provision’, which involves fixing prices, restricting output, allocating customers or territories, or rigging bids.

The Act empowers the Australian Competition and Consumer Commission (ACCC) to investigate cartels, including compelling a person or company to provide information about a suspected breach, executing search warrants on company offices and referring serious cartel conduct to the Commonwealth Director of Public Prosecutions (CDPP). The CDPP is responsible for prosecuting offences against Australian law, including cartel offences.

While enforcement is limited, Australia has entered into agreements with for example the PRC to share information and evidence regarding anti-competitive conduct.

Both corporations and individuals are liable under the Act to civil and criminal sanctions. The maximum pecuniary penalty per offence for a corporation is the greater of A$10 million, three times the benefits attributable to the offence; or if the benefits cannot be attributed, ten per cent of the corporation’s annual turnover in the 12 months preceding the offence. Individuals are liable to a maximum term of ten years full time imprisonment.

In addition to conducting investigations, the ACCC and CDPP encourage self-reporting, offering immunity to the first individual or corporation to disclose cartel conduct.

The Act is however limited extraterritorially. Some trade and commerce affecting Australian consumers may escape sanctions under the Act. While enforcement is limited, Australia has entered into agreements with for example the PRC to share information and evidence regarding anti-competitive conduct.

What more could be done to tackle corporate cartels?

First, cartel conduct is extremely difficult to detect. There may be multiple firms involved in any one industry, customers are rarely in a position to detect conduct and, with the advent of globalisation and advanced technologies, cartel conduct is far more sophisticated (digital collusion; cross-jurisdictional). The number of immunity applications, a fundamental method of detection, is also declining globally[1].

Steps are being taken to address these issues. The ACCC is focused on developing its expertise in technology driven oversight and investigations, including analysing algorithms to address the emerging global trend of digital collusion. Additionally, new global initiatives to facilitate self-reporting or whistleblowing utilise social media or online tools (such as in the German Bundeskartellamt). Increasingly severe penalties may also encourage applications for immunity.

Given the increasingly multi-jurisdictional nature of cartel conduct, it is recommended that the Act’s jurisdiction be extended to include conduct relating to trade or commerce within Australia, or between Australia and places outside of Australia, particularly where Australian consumers may be affected.

In addition, pecuniary penalties are considered the most appropriate deterrent tool to address cartel conduct. However, Australia lags behind; our average pecuniary penalty is a mere seven percent of the average penalty imposed in comparative jurisdictions.[2] There may be a number of reasons for this:

Finally, given the increasingly multi-jurisdictional nature of cartel conduct, it is recommended[6] that the Act’s jurisdiction be extended to include conduct relating to trade or commerce within Australia, or between Australia and places outside of Australia, particularly where Australian consumers may be affected.

Can you share the impact you make in this area?

We represent clients charged with serious corporate crime and cartel conduct. Investigations are increasingly cross-jurisdictional, regulators continue to push for more severe penalties, and the risk at both corporate and individual level of public enforcement action increases.

We have developed a sophisticated understanding of this changing environment: advancing technologies, fast-changing business practices, technical legal requirements of multiple jurisdictions, and dealings with major Australian and international investigative and regulatory agencies.

Through our involvement in publications such as Lawyer Monthly and Global Legal Insights, we share knowledge and experience, engage with legal challenges, and identify areas of improvement in this area.

Phillip Gibson is one of Australia’s leading defence lawyers, with over 30 years of experience in all areas of criminal law. His areas of expertise include complex multi-jurisdictional cases often involving corporate regulatory investigation; white collar and corporate crime; assets forfeiture; money laundering and proceeds of crime; extradition; mutual assistance; Royal Commissions; bribery and corruption. Phillip has extensive experience in dealing with all major Australian and many international investigative agencies.

Established for over 50 years, Nyman Gibson Miralis is widely recognized as one of Australia’s leading defence firms with an exceptional track record appearing in some of the largest and most complex defence cases. NGM specializes in assisting companies and individuals the subject of white collar and corporate investigations and prosecutions as well as transnational criminal investigations.

[2] OECD, ‘Pecuniary Penalties for Competition Law Infringements in Australia (2018), 8 https://www.oecd.org/daf/competition/Australia-Pecuniary-Penalties-OECD-Report-2018.pdf. On review of a number of cartel cases up to November 2017, the average pecuniary penalty in Australia amounted to A$25.4 million, while the average base penalty in comparative jurisdictions was A$320.4 million.