SOCPA Agreements: What Are They All About?

For some time now, the Director of the Serious Fraud Office (“SFO”) Lisa Osofsky, has raised potential ways in which SFO investigations can be expedited whilst increasing the number of convictions for business crime cases. 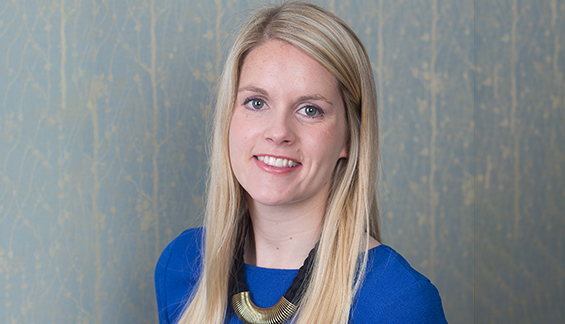 She is eager to see cooperation between countries, particularly the US. During her speech at the Royal United Services Institute in London on 3 April 2019 she stated, “we need to cooperate more effectively across jurisdictions”. Other areas that the Director has said could impact on the swiftness of investigations is utilising technology and encouraging suspects to co-operate with the SFO which is something that is commonplace in the Director’s native land, America and is often referred to in that country as a ‘plea deal’. At the GIR Live, Women in Investigations Conference in May 2019, Ms Osofsky recently made reference to increased reliance on co-operating suspects giving evidence against senior individuals. This article will focus on the ways that a suspect in the UK can co-operate, the process for potential involvement and entering into a formal SOCPA agreement.

Sections 71 to 74 of the Serious Organised Crime and Police Act 2005 (“the Act”) provide for circumstances where offenders have assisted an investigation and in exchange for assistance, the suspect may not be prosecuted or may qualify for incentives. The relevant sections came into force on 7th April 2006 and they added a statutory framework to the pre-existing common law system of incentives and also provided for the possibility of sentence reviews. The relevant provisions are as follows:

Under section 71, a specified prosecutor[1] (which includes the Director of the SFO) can offer immunity from criminal prosecution to an individual for an indictable or triable either way offence provided they believe it is appropriate to do so for the purposes of the investigation. This is offered in exchange for a suspect’s full co-operation.

Matters to consider in determining whether it is appropriate to grant immunity to a witness were set out by the then Attorney General in a written answer to the House of Commons on 9 November 1981. They include the following:

Under section 72, a specified prosecutor can offer a suspect an undertaking that information of a specific description will not be used in any criminal proceedings, confiscation proceedings or civil recovery. This is known as a restricted use undertaking and must be given in writing. It ceases to have effect if the suspect fails to comply with any conditions specified in the undertaking.

Section 73 allows for a reduction in sentence for a defendant who has provided or has offered to provide assistance to an investigator or prosecutor as long as they have entered a guilty plea. In determining the appropriate sentence, the court may take into account the extent and nature of the assistance given and offered however it is important to point out that any reduction is discretionary.

The decision as to whether it is appropriate to offer a formal written agreement in any particular case is entirely that of the specified prosecutor.

Section 74, is a new addition (to pre – existing common law) brought in by the Act. Under this section a specified prosecutor can refer a sentence back to the sentencing court for review if certain conditions are met and if the defendant is still serving the sentence. The prosecutor must think it is in the interests of justice to do so. Reviews are permitted in the following circumstances:

The decision as to whether it is appropriate to offer a formal written agreement in any particular case is entirely that of the specified prosecutor. However, either the suspect or the specified prosecutor can initiate the discussion. Formal notices and agreements are usually only signed after a person has been interviewed under caution and has provided at least one version of the information available. No notice or undertaking will be issued on the basis that a suspect will only divulge information once an immunity or undertaking has been given.

Offenders who are to give evidence for the prosecution and wish to benefit from a written agreement must admit their criminality fully in an interview.

Usually investigators will conduct a “scoping interview” to ascertain the reason(s) for the suspect agreeing or requesting to be interviewed and the extent to which the offender can give evidence. This will take place under caution and will be audio recorded. For obvious reasons, some offenders may be reluctant to provide full and frank information under caution. In order to address this issue in section 72, 73 and 74 cases there are limited circumstances where it will be appropriate to sign an agreement after the witness has been through a scoping interview and before full debriefing under caution. In these circumstances prosecutors may invite the offender to participate in a scoping interview using a “proffer letter” to assess what information or evidence may be available, what its potential worth may be, and whether or not an agreement under the Act may be appropriate.

Offenders who are to give evidence for the prosecution and wish to benefit from a written agreement must admit their criminality fully in an interview. This process is called “cleansing” and is part of the debriefing process carried out by the specified prosecutor in the process of obtaining the evidence of the offender. The interview will be audio recorded and under caution. The offender must:

Once the agreement has been signed by the offender, it should be returned immediately to the specified prosecutor for signature via the debrief unit.

In order to assist the court in sentencing the specified prosecutor will provide a report setting out:

In past years these agreements have been very rarely used. The limited available statistics show the following:

Referrals back to court

Despite Ms Osofsky’s drive to utilise the provisions of the Act more we are yet to hear of any cases. This is perhaps due to the highly risky necessity for suspects to ‘cleanse’ themselves and admit to all illegal conduct with no guarantee that they will actually achieve such an agreement. Should they fail to comply and not be completely open and honest no agreement will be reached or any such agreements will be withdrawn. It will be interesting to see how this area develops over Ms Osofsky’s tenure. There has certainly been a change in the landscape as a result of Deferred Prosecution Agreements (“DPAs”) putting increased pressure on companies and in particular senior directors and executives. Time will tell whether we see a similar change in the area of cooperating suspects. This will be subject to many factors including time and resources but is obviously largely dependent on individuals deciding whether cooperating and entering into an agreement is worth the risks involved.

The Impact of Digital Forensics on Legal Proceedings