Speaking to Partner at Miller Nash Graham & Dunn LLP, Chris Helmer tells us more about handling cross border disputes, how to gain evidence and challenges which she often faces. 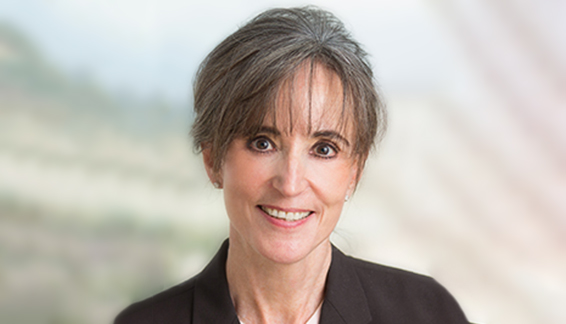 Could you describe to me the toughest aspect of handling cross border disputes?

I’d say the difference in culture and communication. Every country and its culture is different, so you really have to learn a different way of approaching people, or you have to adjust your perception when someone acts in a particular way which has a meaning in one culture, but a very different meaning in another culture. In essence, there is just a lot to learn about people.

Are there any difficulties in regards to the regulations in these different jurisdictions?

I always seek local counsel if I need to know specifics on these issues. I think the best we can do with cross border disputes is to have an idea of the kind of things that are regulated, as opposed to what the regulations precisely say. So, for example,  we know that employment is something that every jurisdiction will regulate very specifically.  Thus, I will not know in a cross-border dispute precisely what the employment laws are in the foreign country involved.  I’ll know what the employment issues likely are so I can ask the right questions, and I may know some laws if I have worked in that country before.  But I won’t know everything.

Witness preparation is key, and if you don’t communicate well enough with your witnesses, they may not give the most accurate statement when testifying.

As you deal with a lot of multinational disputes, what is, in your opinion, the best way of obtaining evidence for a dispute you are handling?

Good question! This is one thing that will always differ from jurisdiction to jurisdiction: what you can do to get evidence.

Witness preparation is key, and if you don’t communicate well enough with your witnesses, they may not give the most accurate statement when testifying. But in some jurisdictions, you are limited to how much you can even talk to your own witnesses or clients if they will be testifying. You need to be aware of the different rules so you don’t run afoul of them.  The same goes for preparation of witness statements.  Some countries have limitations on the extent to which an attorney can be involved in preparation of the statement.  While, here in the U.S., so long as the witness can honestly say what is in the statement, there is no restriction on your involvement in its preparation.

Oftentimes getting help from local counsel is the best way to getting the evidence you may require.

With respect to getting evidence in foreign jurisdictions – there are significant limitations on getting it.  A US court can’t compel a witness in another jurisdiction to give evidence except in very very limited circumstances, like, if the witness is a US citizen.  There are ways to seek the help of a foreign court, but other countries do not allow the same level of evidence gathering that we do so while you might get a deposition, you won’t get much in the way of documents.  If you can get a witness to voluntarily give evidence, that’s the best. And, from my experience, the best way to do that is to establish connections in the local community. I just worked on a case in India and was finding it difficult to obtain some documents. Our request was denied by the government, however, the reasoning behind the denial made very little sense and we were unsure whether it denied our access or denied having the records we needed. We decided to ask a local lawyer to confirm this and help us gain some clarity. With the local lawyer being a familiar face, speaking in a local dialect and easing communication, he was able to get the files we needed. Oftentimes getting help from local counsel is the best way to getting the evidence you may require.

If they don’t understand the process, you need to allow time to explain it to them and ensure they understand and know what they are getting into.

What is the best way to prepare for disputes that are internationally based?

I think that is pretty much the same in any jurisdiction. But, I would add that you should prepare with the caveat that you know you are going into an international arbitration in a foreign country or going into a  foreign court and so the process is likely to be very different.  You need to learn the local rules.

If you are going to court in the US, something that just happens to have a lot of international aspects to it, I would still say give yourself a lot more time than you normally would as, oftentimes, it is difficult for foreign clients to understand our process. If they don’t understand the process, you need to allow time to explain it to them and ensure they understand and know what they are getting into.

So its best to clearly state what law govern in the contract.

Are there any US laws that can cause issues for those elsewhere?

There are a lot of laws in the US where we have to question whether these laws can affect something overseas. Everybody knows about the Foreign Corrupt Practices Act.   Someone can violate the Foreign Corrupt Practices Act in a foreign country but still make a company liable for it here. In essence, the US can ‘reach across the border’ and affect them by reason of affecting their parent company here in the US.

There are also questions as to whether US antitrust laws or employment laws affect people overseas, so I think whenever you are dealing with a cross border transaction you always have to think about whether US law will have any implications. You usually have to think about the laws from each jurisdiction; for example, you should specify what law applies in a cross border transaction.  Otherwise you won’t know if it is the law from one party’s country or the law from the other party’s country that governs. It could even be the law of the country where the transaction will be performed.  So its best to clearly state what law govern in the contract.  Still, in some countries, that specification will not be honoured when it comes to some subjects.  For example, most countries will always apply all or part of their own employment law to an employee in their jurisdiction, even if the parties agreed on a different law.  This is true in the US as well.

Chris Helmer does primarily international and maritime work, both litigation/arbitration and transactional. Her 30+ years of litigation and arbitration experience puts her in a unique position to assist clients in contract drafting and assessing contractual risks. And that dispute resolution experience includes regular handling of the issues particular to cross-border and admiralty disputes that not every practitioner is accustomed to dealing with—service abroad, obtaining evidence abroad, jurisdiction over foreign parties for claims arising in faraway countries, vessel arrests and attachments, Customs, FCPA and export sanctions issues, and enforcement of international arbitration awards and foreign judgments. If a business plan or problem has a foreign component, Chris has likely dealt with it.