What Is It Like to Give Evidence in Court?

Working in forensic accounting, Roger Isaacs is often called to give his expert opinion on cases which have been taken to the courts. Below, he reveals what it is like giving evidence in court and how we may see more “hot tubbing” in the future. 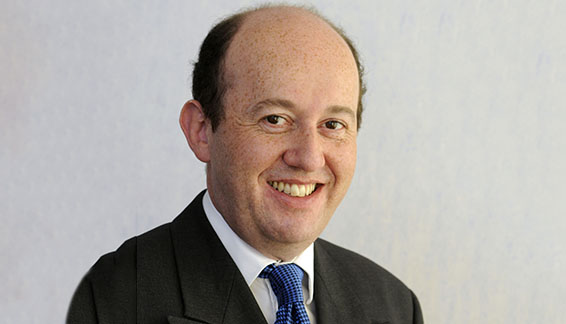 Is your work adversarial?

It can be.  However, in at least half of my cases I am instructed by both parties as a so-called single joint expert.  Even when I am instructed by one party, an important part of any assignment is to identify the critical issues and to try to identify the matters on which agreement can be reached so that those that are left for the court to determine are as narrow as possible.

What is it like to give evidence in Court?

Some people would hate the idea of being cross-examined but, in my experience, as long as one has prepared properly and thoroughly it is not something to be feared.  I recently had experience of the relatively new procedure of “witness conferencing” or so-called “hot-tubbing”, by which the expert witnesses give their evidence concurrently.  Rather than being questioned by barristers, it is the judge who takes the lead in a form of enquiry that is much more inquisitorial in nature than adversarial.  I suspect that we shall see this type of cross-examination being used increasingly commonly because, if done well, it can lead to considerable savings in time and cost.

In the case in which I gave evidence in the “hot tub”, there were three accountancy experts whose cross-examination had been scheduled to last three days.  Using “hot tubbing”, the judge was able to reduce the time to three hours.

Is there difference between giving evidence in court in civil cases and criminal cases?

Yes.  Only in criminal trials are there juries and giving evidence to a jury is very different from giving evidence to a judge in a civil case.  Often the most biggest challenge in a criminal case is to explain what can sometimes be complex accountancy issues to lay people.  By contrast in a civil case, the challenge is to persuade a judge that the professional opinion that one has expressed is to be preferred over that of the expert on the other side.

Is your work limited to the UK?

In recent years, disputes have started to have an international elements to them and, therefore,  I now often find myself working with colleagues within overseas firms that are members of MGI Worldwide, a Top Twenty Accountancy network of which I am currently the Chair.

What have been some of your more unusual assignments?

I have occasionally been consulted by the BBC to assist with its investigations.  Most recently I was interviewed for BBC Radio 4’s Money Box programme about the much-publicised collapse of London Capital and Finance which left thousands of investors out pocket after they had been induced to buy what purported to be ISAs but which were in fact high-risk unregulated corporate bonds.

I have also been a visiting lecturer in forensic accountancy at the Shrivenham Defence Academy and spoken in various forums about cybercrime and the increasing use of cryptocurrencies.

I undertake a number of roles but first and foremost I am a partner in Milsted Langdon and am responsible for the firm’s forensic accounting team which undertakes a wide range of expert witness assignments including business valuations, fraud cases and quantum calculations for loss of earnings calculations.  I am also the Chair of the Forensic Advisory Committee of the Institute of Chartered Accountants in England and Wales and the Technical Director of the Network of Independent Forensic Accountants.

My third and, in some ways, my most rewarding role is that of beign a commercial mediator.  It is when acting as a mediator that I have most influence in helping my clients to reach settlements and bring what can sometime be years of litigation to a conclusion.

Most Recent
By Roger Isaacs On Jun 4, 2019 1
1
Share FacebookTwitterGoogle+EmailPinterestLinkedinTumblr