What Do You Do if You Have Been Falsely Accused of a Crime?

Speaking to Ted Diamantopoulos, we reveal what happens when you are wrongfully arrested for a crime and what action is best to undertake. 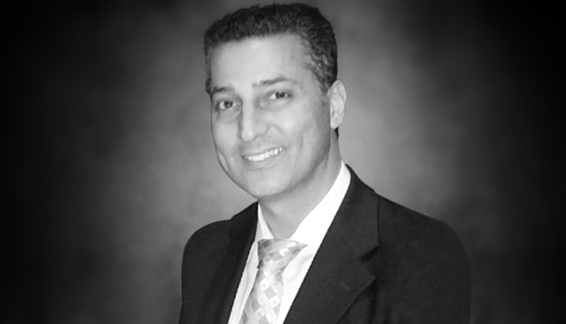 The Fourth Amendment in the United States prohibits unreasonable searches and seizures, and requires warrants to be issued by the judge or magistrates and for it to be justified by a probable cause and paired with the Fifth Amendment, most known for the police to issue Miranda rights prior to arrest, citizens of the US have rights when being questioned, detained and are accused of a crime.

Yet these rights can be abused by authority.

In what situations can clients be in when they are falsely accused of a crime?

If you are falsely accused of a crime and have been arrested it is very important that you follow certain protocols to ensure you do not make the case worse. So, for example, you do not answer any questions that are involved in the actual questioning of the crime to the police – you do not want to give them additional evidence and answering any questions makes things worse, because the police are just looking for statements to build the case against you. The best thing to do is to say nothing, be respectful and do not get angry.

Here in the United States, we have different amendments and if you get stopped and there is no probable cause, then you have the right to file a motion in Court and state that the police did not have a reason to stop you.

Right now we have a lot of the interaction between the police and the people being charged and investigated as they are being recorded; a lot of the police in Chicago, for example, have body cameras and their cars also have cameras. The moment you get pulled over and the police are asking you questions, everything is most likely being recorded, so you want to be very careful with what you say. I urge all of my clients to be respectful and to ask if they are being detained – as if you are being detained you have the right to ask ‘What am I being charged with?’; sometimes the police will make things up as they go or try to find probable cause when they don’t really have it. So you want to preserve any motions or any legal constitutional issues you may have down the road if there is a false arrest or if they are building a case improperly and a violation of your constitutional rights.

Here in the United States, we have different amendments and if you get stopped and there is no probable cause, then you have the right to file a motion in Court and state that the police did not have a reason to stop you. Any evidence that is obtained through that police search will be improper, so if you are stopped for no reason and then they find a gun in your car, then you can get that evidence suppressed and they can’t use that evidence against you.

You invoke your right to have an attorney present.

How easy is that process, to prove the police wrongfully arrested/ stopped you?

It is not an easy process. First, you have to get all the discovery evidence, then you need to hand out subpoenas to get all the video surveillance that they have obtained, the police reports and all the other evidence. Once you have all that evidence you have to file a motion with the Court stating you were improperly arrested and you want to suppress the evidence that was recovered, you have to set it out for a hearing, like a mini trial. You have to bring the officers and witnesses to testify and you put on a hearing in front of the judge explaining your constitutional issue and then the judge decides whether the stop and the evidence obtained was improper or not.

What happens if you answer a question during police questioning? How do you work around the situation when it comes to a criminal case?

If the police are coming to look for you, there is usually a reason to why they are doing so

You invoke your right to have an attorney present. They have to pause on asking any questions; this is very important as many think ‘I didn’t do anything wrong, I don’t need an attorney’, but that is not the case. You want to have an attorney to preserve your rights and to guide you through the process and the criminal procedure. You avoid misunderstanding by having an attorney present and invoking the right to remaining silent. After you review the evidence and the case against you, you can create a strategy on how you can move forward. If the police are coming to look for you, there is usually a reason to why they are doing so, therefore the last thing you want to do is give them ammunition to believe that it was you that committed that crime, even if it wasn’t. Even something as little as admitting you were at the location of the time of the crime could lead to a trial, and the jury thinking you were a part of the crime that was committed.

As the process develops, a lot of the questions your clients may have will be answered as it develops.

So what are your clients’ main concern when they approach you and how does this differ from what you think on what they should be focusing on at that moment in time?

The main thing a client wants right away is a strategy to beat the case. The problem is you don’t know what the case against you is like until you have all the evidence. Every case develops on its own and has its own story. You have to start each process by gathering all the evidence, which in itself is a slow process, then you have to decipher what possible constitutional motions you have. After that, then you can decide what your defence is and what your strategy is to get out of this situation.

So I would say, you have to tell clients to be very patient and let the case evolve. As the process develops, a lot of the questions your clients may have will be answered as it develops.

With respect to your employment, in the US you are innocent until proven guilty.

What should a client do if they know the accuser?

If there is an order of protection against them, especially in violent cases, it is very important that they follow that court order. In such a scenario, an attorney would hire an investigator who will go out and interview certain people in order to determine why the accuser is saying what they are saying. The last thing you would want to do is escalate the situation by confronting the person accusing you. You get the evidence together and then you decide what the game plan is at that point.

What should a client do about their everyday situation, such as their job? Could they be fired prior to the final verdict being called?

With respect to your employment, in the US you are innocent until proven guilty. So if you are just charged with a crime, your employer doesn’t really have the legal authority to fire you. Your employer may ask if you have been convicted of a felony, and only if you have been convicted, would that have an adverse effect on your employment. Until that happens, until the process of whether you are guilty or not is over, nothing should impact your job and you can keep working. If the employer fires you for the accused crime, you may be able to file a wrongful termination lawsuit against them.

If you don’t have someone to locate the evidence you need, it is difficult to prove it is false.

In your opinion, how simple or difficult is it to prove that an accusation is false?

The standard in a criminal case is beyond a reasonable doubt. This means that when you are in front of a judge or jury and you are going to trial then they have to state you are guilty beyond a reasonable doubt. So as an attorney, you have to create the doubt. In a civil aspect in the law, it is the proponents of the evidence, which makes or breaks this, which is an easier burden. On the criminal side, the ‘beyond reasonable doubt’ is there to avoid any wrongful convictions. This is why you need an attorney from the beginning. If you are innocent, it is about going through the process to ensure your attorney can create a reasonable doubt, or i.e., mitigate with the prosecutor and convinces the prosecutor that their client is not the one who committed the crime. I had a scenario where my client was walking down the street right after a burglary, and because my client was walking in the vicinity of the crime, they went ahead and arrested him. He got legal representation and we found a video where my client from and the direction of where he was walking which put him out of the scope of where the incident took place; the prosecutor after seeing that video really did not match my client’s story or description, he dropped the charges. If you don’t have someone to locate the evidence you need, it is difficult to prove it is false.

Mr Diamantopoulos is admitted to practice in the State of Illinois and before the United States District Court for the Northern District of Illinois.