My life as an LGBTQI+ Lawyer

We hear Raggi Kotak's story as an LGBTQI+ lawyer and barrister. 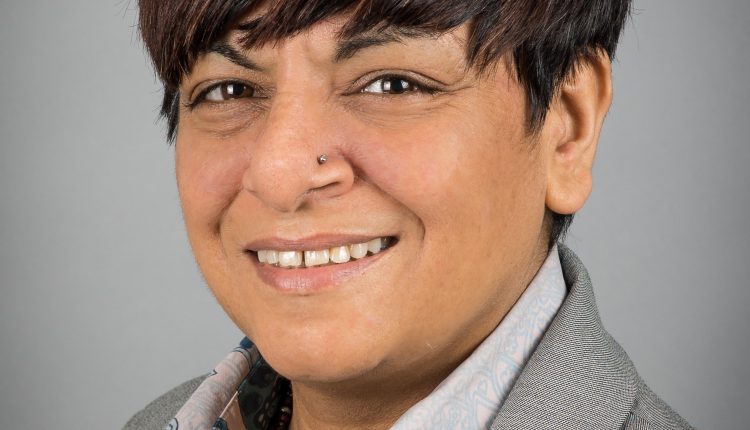 My life as a barrister has been a mixture of things: exciting, fun, terrifying, exhausting, inspiring and sometimes frustratingly sad; especially for those of us navigating the decimation of legal aid and the impact this is having on vulnerable clients.

Despite the sadness surrounding the cases I am involved with, my working life feels pretty sweet because I love where I work. This is partly due to the strong policies around diversity and inclusion in my chambers, and a strong will amongst the members to stand by these policies.

Even though 96% of gay male and 92% of gay female were openly gay, only 9% of men and 27% of women described themselves as ‘widely out’ in the legal workplace.

Sadly, this has not always been the case. In my earlier years as a barrister, I found it a minefield of micro-aggressions.  The norm was to be ‘straight’, and as such, the expectation was for female barristers to talk about their husband or boyfriend, to wear skirts and look like one of the ‘girls’  – or to laugh along at a certain type of joke, which was not very funny for me.

The thing to remember is that, even if you may feel it sometimes, you do not have to be alone.  Discrimination and hate are never ok.

To be the target of micro-aggressions is very damaging: it is like being stung again and again, and each one hurts like hell. The added difficulty for those of us in law, particularly at the junior end, is that such bigotry is often tied up with power and the culture, which expects us to ‘man up’.

Stats from Stonewall show that if LGBT lawyers aren’t out at work their productivity decreases by 30%.

One in eight (13 per cent) lesbian, gay and bi employees would not feel confident reporting homophobic bullying in their workplace[1]

For those who like me and are Queer and experience challenges in law for being who they are, I know this isn’t an easy journey, but there are steps you can take to make it better for yourself.  If you experience micro-aggressions and you feel able to challenge it – do.  I recently challenged a colleague and we were both able to talk about it, understand each other, and move on. Sometimes it isn’t so easy to challenge people, and sometimes you just have to let it go. We do not need to educate the uneducated all the time –  it can become exhausting.

If an LGBT+ lawyer needs help, there are places to go. There are generally more senior colleagues or other LGBT+ colleagues in most places of work who can offer support, and there should be an Equality Officer who can be approached.  There are also organisations that support us in law  – like BLAGG (Barristers Lesbian and Gay Group – blagg.org.uk) or LAGLA (LGBTQI+ Lawyers Association-  lagla.org.uk).  They can offer advice or can put lawyers in touch with a mentor to help guide them.

The thing to remember is that, even if you may feel it sometimes, you do not have to be alone.  Discrimination and hate are never ok.

AI, Hybrid Working, And The Move Towards A More Inclusive Legal Sector