How Common Is False Accusation in Criminal Law?

In 2004, Brian Kelley began with the public defender’s office defending some of the most vulnera-ble people in low-income communities and learning how to zealously guard each of their rights. 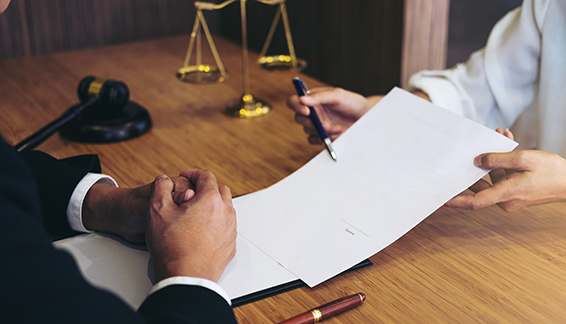 In that position, he handled all manner of serious offenses, and was privileged to represent a defendant on a First Degree Murder in 2010 in Brockton. He was able to gain a favorable verdict for that defendant of involuntary manslaughter. In 2012, he left the public defenders office to start his own practice. Since that time, he has handled first-degree murder cases in Brockton, Suffolk and Middlesex Counties.  Brian says: “Every client and every case brings a new challenge in which I strive to continue to bring that zealous representation that I learned as a public defender.”

Below, he speaks about sensitive cases that revolve around rape and murder, and how he deals with them.

Being accused of a crime you did not commit can be a terrifying ordeal; what do you advise clients to do once they have hired you (or an attorney)?

First of all, clients have to understand that these cases can be a long process. Getting the right result may take time, particularly in cases with more serious allegations. I also always advise the client not to speak to anyone outside the firm about the allegations, as obvious as that advice might sound. Finally, while no lawyer worth their salt will promise a result, I can assure them I will do everything possible to exonerate them.

When you are defending a client in a sensitive case, such as rape, what three things must you remember to consider?

First, allegations such as these can be jarring for the client and their families to hear, so it’s good to prepare them for hearing such details in court prior to their first date in court. Second, the Commonwealth does not need forensic or physical evidence to proceed against someone in a case like a rape case. In fact, many times the Commonwealth doesn’t have such evidence and will proceed on just the word of the alleged victim. Lastly, the sex offender registry is a big consideration in any sex-related crime. It’s an issue that must be considered by any client considering their options prior to trial, and, in many cases, it is a non-starter for any plea negotiation.

In your state, how common is it for people to be falsely accused of crimes?

It happens more often than people would think or expect. In my career, I estimate that 30-40% of the cases I’ve handled were either false accusations or cases that were over-charged (for instance, where a person is charged with possession with intent to distribute on a clear personal use or possession charge).

In your opinion, what should be done to reduce this?

The American Bar Association rules on professional responsibility with respect to prosecutors state that: “A prosecutor has the responsibility of a minister of justice and not simply that of an advocate.”, (see Commentary to rule 3.8). Too many prosecutors believe that they are an advocate for the State, seeking a conviction at all costs. Prosecutors who are wedded to a police investigation, rather than independently reviewing the facts to make a determination of where the evidence leads, are doing a disservice to justice. Similarly, overcharging a defendant simply to gain an advantage in plea bargaining, which happens all too often in this system, is also a disservice to justice.

With an array of experience, can you share which area of criminal law is most challenging, and why?

I would say murder cases are the toughest. The stakes are the highest; the defendant is facing a life sentence. The quality of the investigation and prosecution from beginning to end is usually better than any other type of criminal case. Trials are lengthy and involve all types of witnesses. In addition, there are usually multiple types of forensic evidence and challenging evidentiary issues that arise in these cases, such as DNA evidence, cause of death, identification, ballistics, self-defense. The attorney has to be both well-versed in the science behind these types of evidence, and able to work with necessary experts in these areas, but also knowledgeable about the state of the law on these issues.

Whether you are accused of a misdemeanor, felony or even an administrative offense, having a quality and experienced counsel is necessary to give you peace of mind that you will achieve the best result possible. In the more than 10 years that I have been handling criminal cases throughout the courts of Massachusetts, I have zealously guarded my clients’ rights and have fought tirelessly for the best result possible. I will do the same for you.