Most of us will grind for a major chunk of our lifetime, hoping to save, spend or pass on our money. 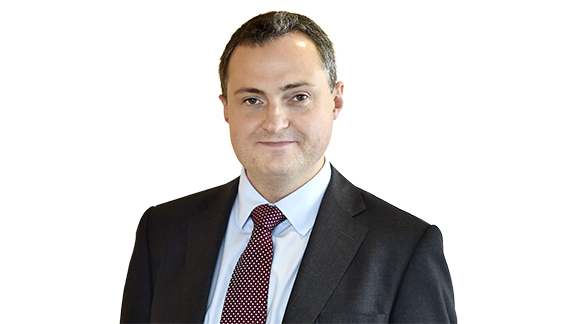 Collecting our pension after much needed retirement is what many people look forward to, however, for some, it may result in a less expected shock: fraud. Speaking with Ben Fairhead, we explore why pension fraud is common and how people can avoid finding themselves in dispute.

Pension liberation fraud is seen as one of the most common forms of financial crimes; from your opinion, why is it so common?

Pensions are generally locked up and unavailable to you before the age of 55, yet large amounts can build up.

Until relatively recently, it was straightforward to set up a pension scheme, as many pension scammers have done, and lure members of the public into transferring their pension funds in.  This is often with the enticing prospect of being presented with 50% or so of those monies as cash.

The combination of large sums of otherwise inaccessible funds and some flaws in the system have made pensions a ripe area for fraud.

What (regulatory) changes do you think should be made to prevent this from occurring?

I think a lot has been done already that really ought to have reduced the scale of the problem: it has become harder to set up pension schemes, and a cold calling ban has been brought in recently, giving scope for significant penalties for those in breach.

However, there are still plenty of pension scams out there, and the models evolve more quickly than the law can be changed.  Greater publicity of the risks is more important than anything else.

What signs would you advise clients to look out for, in order to avoid such fraud?

The Code of Good Practice sets out detailed helpful guidance for pension trustees and providers, who often want advice as to what to do when a member of a pension scheme is pressing to transfer funds into a suspicious-looking scheme.

This ranges from clear red flags, such as the member being approached through a cold call, to more subtle points such as establishing what companies or individuals are associated with the scheme.  Dormant or newly registered companies can sometimes be a warning sign, for example.

What sort of disputes are there in this particular area and what outcomes have there been?

There have been a number of cases concerning the status of the pension schemes set up to liberate pensions – they are by their nature unorthodox and have created a lot of legal uncertainty.  There have also been a number of claims pursued against the original trustees and parties behind the scams as well as action initiated by the Pensions Regulator using its own powers.

Victims of scams have also triggered a large number of claims and complaints, particularly against those operating the pension schemes that have allowed transfers into suspected scams.  There have, however, also been a large number of Pensions Ombudsman complaints against trustees who have refused to allow transfers when concerned the member might be about to move monies into a scam.  Some might say the pensions industry has been between a rock and a hard place in recent years.

What is the Pensions Ombudsman’s role in all of this? Do you think changes ought to be made in this area?

The Ombudsman was previously inundated with complaints by members who had either transferred pensions into schemes that had turned out to be scams or who have been prevented from transferring because of concerns raised.

The problem is that the law, as it currently stands, is generally going to establish a right on the member’s part to go ahead with a transfer irrespective of concerns about the risk of it falling into the hands of a scammer.  The party being asked to make the transfer can – and is expected to – carry out due diligence and warn the individual before allowing the transfer to go ahead.  Ultimately though, an insistent individual can simply demand that the transfer goes ahead.

Many of those operating pension schemes would prefer the law to be changed to make it easier to object to such transfers proceeding.  That might well save thousands of pounds from disappearing into pension scams although there is some tension with a desire to ensure individuals have freedom to choose what they do with their pensions.

Ben Fairhead, Litigation Partner at Pinsent Masons LLP, with a focus on Pensions Disputes and potential areas of dispute, with significant experience of dealing with pension scams.  Ben is a member of the Pension Scams Industry Group that prepared the Code of Good Practice giving guidance on combating pension scams.