Criminal Convictions & Discrimination – Can Your Company Fire You If It Finds Out You Have A Criminal Record?

This article sets out the legal landscape - as regards Federal, New York State and New York City laws - that protect prospective employees from discrimination on the basis of their criminal history. 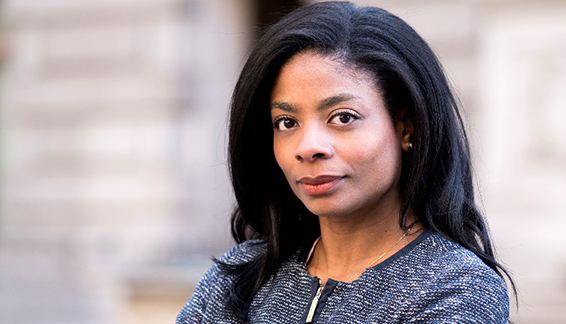 Nearly one out of every three working-age Americans have a criminal conviction.[1] This means a significant portion of the population faces the real possibility that their employment prospects may be jeopardized by criminal conviction discrimination.  Knowing your rights and understanding employer obligations as they relate to criminal history is therefore imperative.

What classifies as criminal conviction discrimination?

Before laying out the legal landscape, it is first important to understand what constitutes criminal conviction discrimination. Article 23-A of the New York Corrections Law[2] mandates that an application for employment cannot be denied on the basis of a criminal conviction simply because the prospective employer believes it shows a lack of “good moral character.” There are, however, two important exceptions. First, an employer can lawfully deny employment on the basis of a conviction if there is a direct relationship between the offense and the nature of employment. Second, employment can also be denied where it would pose an unreasonable risk to property, people, or the general public.

The above standard indicates that not all instances of employment refusal constitute discrimination. Rather, discrimination only occurs where the prospective employer denies employment based on a general assumption of poor moral character, despite the fact that there is neither a relationship between the conviction and the job, nor any reasonable risk of harm.

Furthermore, it is extremely important to note that discrimination does not include rejection of applicants who lie about their conviction history. [3]  An employer can reject a candidate who lies about a conviction, even if the said conviction is not related to the nature of the job. Clearly, in this instance, as is in most of life, honesty is always the best policy.

What laws protect the convicted from discrimination?

Pursuant to Equal Employment Opportunity Commission (“EEOC”) Enforcement Guidance #915.002 (4/25/12), Consideration of Arrest and Conviction Records in Employment Decisions Under Title VII of the Civil Rights Act of 1964:  “An employer’s use of an individual’s criminal history in making employment decisions may, in some instances, violate the prohibition against employment discrimination under Title VII of the Civil Rights Act of 1964, as amended. […] A violation may occur when an employer treats criminal history information differently for different applicants or employees, based on their race or national origin (disparate treatment liability).  [Moreover] [a]n employer’s neutral policy (e.g., excluding applicants from employment based on certain criminal conduct) may disproportionately impact some individuals protected under Title VII, and may violate the law if not job-related and consistent with business necessity (disparate impact liability).”  Thus, the EEOC recommends that the employer develop a targeted screening program with respect to criminal backgrounds of applicants that considers at least the nature of the crime, the time elapsed, and the nature of the job (the three factors identified by the court in Green v. Missouri Pacific Railroad, 549 F.2d 1158 (8th Cir. 1977)). According to the EEOC, the employer’s policy should also provide an opportunity for an individualized assessment in order to determine if the policy as applied is job-related and consistent with business necessity. Finally, the EEOC points out that “[a]lthough Title VII does not require individualized assessment in all circumstances, the use of a screen that does not include individualized assessment is more likely to violate Title VII.”

Under the Fair Credit Reporting Act (“FCRA”), an employer may only obtain and use a commercial background report – whether it pertains to an individual’s criminal or credit history – “for employment purposes” (i.e., hiring, promotion, reassignment, or retention decisions).[4]  Moreover, the employer must get the individual’s permission in writing before ordering such a background check,[5] and must notify the individual in writing of its intent to take any “adverse action” based on any part of the report prior to doing so.[6]

The New York State Corrections Law allows an employer to refuse or rescind an offer of employment, only where the conviction either has a direct relationship to the nature of employment, or poses an unreasonable safety risk. As you might imagine, the analysis that must be performed by employers to determine if either of these two criteria are met is quite fact-specific. However, there are eight factors New York employers must consider before refusing employment on the basis of a conviction. They are:

Should an employer decide to rescind or withhold an offer based on the above analysis, a candidate can request a written statement explaining the basis for the decision. The employer must provide such statement within 30 days of receiving the request.

The New York State Human Rights Law (NYSHRL) supplements the Corrections Law by making it unlawful for an employer to ask candidates about sealed convictions, criminal accusations, or even arrests, if said events did not lead to an actual conviction. As an exception, however, an employer can ask about charges if they are currently pending during the hiring process.

The New York City Fair Chance Act[7] is one of the most progressive pieces of anti-conviction discrimination legislation in the country, and is part of the “Ban the Box” movement[8] sweeping across cities and states throughout the country. Specifically, this law prohibits employers from asking candidates about prior convictions until after a conditional offer of employment has been made. Only after extending a conditional offer can an employer inquire into criminal conviction history and (possibly) revoke said offer once the eight-factor test, proscribed by the Corrections Law, is performed. The purpose of this legislation is to prevent employers from surreptitiously declining candidates based on their criminal history while hiding behind false legitimate reasons, such as the candidate not be “qualified.”

What’s more, under the Fair Chance Act, if after offering employment and conducting a background check, an employer becomes concerned about a candidate’s conviction status, it must first provide the applicant with its written eight-factor analysis (including any documents that formed the basis for the analysis, such as, a rap sheet) and provide him/her a chance to respond. In response, a candidate may wish to challenge the accuracy of a rap sheet or provide evidence of rehabilitation (such as a diploma, a community-service award, or a 12-step certificate). Such information may cause an employer to reassess its analysis. It is only after completing all steps in this process, i.e. extending a conditional offer, performing the eight-factor analysis, and allowing a candidate a chance to respond, that an employer may choose to rescind its offer.

Are there any jobs where having a criminal conviction is per se unacceptable?

The short answer is: YES. Depending on the nature of an individual’s conviction, s/he may be lawfully denied employment if the aforementioned eight-factor analysis warrants such rejection. For example, the Supreme Court of New York, Appellate Division held  that a firefighter applicant was rightly denied employment on the basis of a prior drunk driving conviction, because the nature of his duties as a firefighter would “involve an unreasonable risk to property, and to the safety and welfare of the general public.”[9]

In another instance, the same court ruled that termination of a court reporter’s employment was proper because, her offense (identity theft and credit card fraud) was directly related to her ability to produce true, accurate, and complete records of court proceedings, as were her duties as an officer of the court.[10] Notably, both the New York State Corrections Law and the New York City Fair Chance Act expressly state that they do not apply to or protect those seeking entry into the police force. For understandable reasons, those seeking careers in law enforcement are held to a different standard than the general public when it comes to their criminal conviction history.

As can be seen from the above, whether or not a criminal conviction will disqualify a candidate is an entirely individual assessment based on the specifics of the conviction and the nature of the duties s/he is to perform.

What would you advise employers to do, in order to change their perception and embrace those who may have previously committed a crime?

The single most important thing employers can do is to educate their staff, especially those on the front-lines of the hiring process. Legally compliant policies are useless in the face of management/staff that are ignorant of said policies and, as a result, engage in blatant acts of conviction discrimination. Such discrimination can lead to significant liability on the part of employers, especially in the form of class action disputes. For example, in 2013, Target agreed to a multimillion-dollar settlement, resolving class action claims filed on behalf of employees with criminal convictions.[11] Thus, employers would do well to make sure that their policies are up-to-date and their staff are well-trained.

Though New York’s anti-discrimination laws regarding criminal convictions are some of the strongest and most progressive in the country, those who have criminal records should know that their criminal history could lawfully have bearing on eligibility for employment under certain circumstances. Thus, it is critical that candidates and employers alike have full knowledge of their rights and responsibilities under New York’s dynamic legal landscape with respect to criminal convictions.

Erica Ruth Sanders is an associate in the White Plains office of Phillips & Associates. She represents employees in connection with issues involving workplace discrimination, wage theft, and executive compensation. Ms Sanders also has prior experience working internationally in Paris and Dubai on matters involving complex commercial litigation and arbitration. She is an active member of the New York Chapter of the National Employment Lawyers Association and chairs the organization’s mentorship committee. She holds a dual degree in common and civil law from McGill University, as well as a Master’s degree in social psychology.