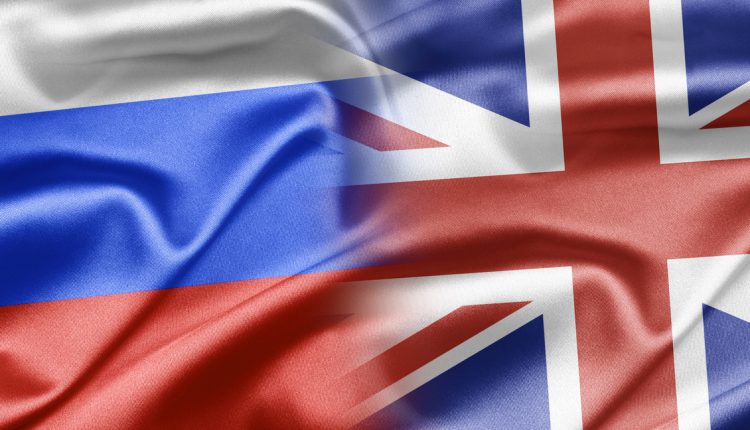 Bivonas Law is a litigation boutique specializing in high value and complex disputes with a particular focus on white-collar crime and civil fraud. It is in an alliance with Pen & Paper, a leading Russian law firm with similar expertise and focus. Both firms also have expertise in defending extradition requests. As partner, Sergey Litovchenko’s aim is to achieve close cooperation between the two firms, to ensure clients have access to advice and representation in both jurisdictions.

In the last 15 years, English courts have been flooded with cases originating from the former Soviet Union. By way of example, Berezovsky v Abramovich [2012] EWHC 2463 (Comm), Aeroflot v Berezovsky and others (a case I acted on for some 9 years), VTB Capital Plc v. Nutritek International Corp and Others [2013] UKSC 5 and most recently, JSC BTA Bank v Ablyazov and JSC Mezhdunarodniy Promyshlenniy Bank & Anor v Pugachev & Ors [2017] EWHC 2426 (Ch). This article seeks to identify the reasons why this trend has evolved.

The most prevalent reason why the UK has been the favoured centre for global disputes is the fact that the English courts have a long-established reputation for being independent and objective. However, in my view, there are additional commercial, practical and other reasons as outlined below that have been the main causes of Russian cases (and cases originating from other Former Soviet Union countries) being heard by English Courts.

In my experience, most Russian related litigation in London could fall into one of the following three categories: commercial disputes, fraud (including white-collar crime) and family disputes. The latter is not covered in this article. However, the reasons for Russian high-value matrimonial disputes being heard in London are similar to the reasons for Russian fraud and white-collar crime cases are frequently litigated in London.

English law has been the worldwide favoured jurisdiction when it comes to settlements and arbitration of international trade disputes. Russia is no exception for this. Following the collapse of the Soviet Union and privatisation of Russian economy, Russian companies started trading internationally and soon realised that it was (and still is) common for commercial agreements to be subject to English law and/ or to the jurisdiction of English courts. At the same time, it was recognised that Russian law and its legal system were underdeveloped and outdated. For example, warranties and representations were non-existent in Russian law. Therefore, it is unsurprising that English law became the law of choice for companies in the former Soviet Union countries when entering into international transactions or for business people from the region when restructuring ownership of their assets.

In my view, English law is likely to continue to be used by Russian companies engaged in international trade. Many Russian business people continue to utilise off-shore companies to hold their assets based in jurisdictions whose legal systems are based on English law. The result is that shareholders agreements are frequently based on English law and provide for any disputes arising from these agreements to be determined by English Court.

Many Russians have made England their home in the last 20 years or more. Some of these people have moved to England in order to avoid criminal proceedings in Russia. There is no formal agreement between Russia and the UK that would require the UK to extradite those pursued by the Russian justice system. Equally, the English courts have shown some reluctance to extradite Russian citizens accused of “economic crimes” due to concerns over human rights abuses within the Russian criminal justice system.

Russian law does not recognise civil fraud. Therefore in order to recover loss arising from fraud and/or white-collar crime in Russia, it is necessary to file a complaint with the police seeking the instigation of criminal investigations, then once the investigating office issues a resolution to treat the victim of the fraud as the injured party, that person or legal entity can issue a claim within criminal proceedings to recover the loss. If a judgment is obtained and the person against whom it could be enforced is in England, the next step would be to pursue enforcement proceedings in England.

The alternative to enforcement proceedings is to pursue a civil fraud action through the English courts if the wrongdoer is resident in England.

We still see many enquiries from Russian and other former Soviet Union Countries looking to pursue legal proceedings, whether in relation to a commercial dispute or fraud, before the English courts or in English law-based arbitration proceedings if there was an arbitration agreement between the parties.

However, since 2014 Russian claimants became increasingly cost sensitive when sanctions were first introduced against Russia and Russian rouble was substantially devalued. As a result, Russian claimants are increasingly looking for third-party funding and ways to reduce costs. In this regard, boutique litigation firms like Bivonas Law can offer much more cost-efficient solutions to their clients than larger City firms.

It is likely that English Law and English courts will continue to be used by Russian and other former Soviet Union parties to resolve their disputes and/ or to pursue people who defrauded them and fled Russia to the UK.

Even though English law remains popular for governing commercial agreements, the English courts are facing increasing competition from international arbitration centres. The main reasons for this are difficulties with the enforcement of English courts decisions in Russia. Arbitration awards are much easier to enforce due to Russia being a signatory to the New York Convention.

The cost of English Court proceedings is another reason why Russian parties now often choose arbitration. Obviously, arbitration before the LCIA or ICC could be as expensive as litigation before the English courts. However, there are now other international arbitration centres that are offering dispute resolution, for example, Hong Kong, where, on 4 April 2019, the Hong Kong International Arbitration Centre received approval to be recognised as a “permanent arbitration institution” in Russia meaning that its awards will be recognised and enforced in Russia, and Singapore. Furthermore, Russia is actively encouraging its corporate entities to use its own tribunal, The International Commercial Arbitration Court at the Chamber of Commerce and Industry of the Russian Federation, which is known as MKAS.

However, despite the above, English courts are likely to continue to be used by Russian parties to resolve disputes. I hope that the availability of third-party funding will help to continue this trend.