Will Brexit See a Rise in Money Laundering? 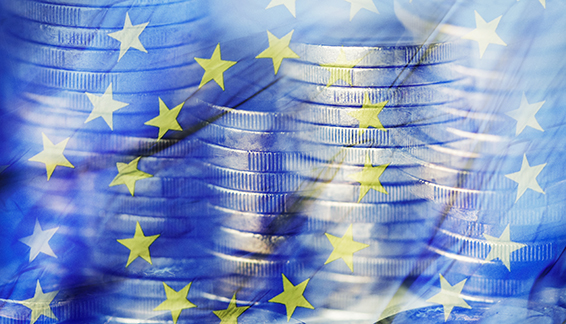 Among the political turmoil over Brexit and the UK’s future relationship with Europe, the issue of money laundering seems to have been overlooked so far. And that would be a big mistake.

There can be no conclusive estimates of the scale of money laundering in Europe. But we are talking about many billions a year.

Many commentators would say the EU has been far from perfect when it comes to tackling money laundering. But it has at least introduced a series of money laundering directives in recent years that aim to stop the proceeds of crime flowing into its member states.

The most recent one, the Fifth Money Laundering Directive (5MLD), is set for implementation in 2020. Following on from the Fourth Money Laundering Directive, which ordered major changes to how businesses should take a risk-based approach to money laundering and removed automatic exemptions from due diligence, 5MLD will regulate virtual currencies, improve precautions for transactions involving high-risk countries and enhance the centralisation of bank data in member states. In short, it is a further removal of weaknesses that allow money laundering to flourish.

Membership of the EU has been no guarantee of protection against laundering, especially as some of its smaller members lack either the expertise or the resources to tackle it – as has been shown in a number of financial scandals in recent years. Such problems have led to louder calls for an EU-wide organisation to see greater consistency between member states’ identification and prevention of laundering.

Withdrawal from the EU means the UK is no longer part of the EU’s law enforcement agency, Europol.

Yet now such arguments are now overshadowed by Brexit. Whether the EU states come to miss the UK’s expertise in identifying sources of illegal wealth and its movement around Europe and the rest of the world remains to be seen. But what has to give concern is the issue of how the UK’s investigating agencies will be able to continue to track those proceeds of crime if they cannot benefit from the sharing of intelligence that currently goes on between them and their European counterparts.

We are obviously yet to see how this problem is resolved. It is possible that, given time, new relationships will be forged on a country-to-country basis between the UK and EU members. But how quickly they are put in place and how effective an alternative to EU membership they prove to be in tackling money laundering remains to be seen.

Withdrawal from the EU means the UK is no longer part of the EU’s law enforcement agency, Europol. Europol’s centralised intelligence database for members, the Europol Information System (EIS), is arguably one of the world’s most valuable assets when it comes to sharing information across borders to tackle crime. And money laundering is certainly a crime that crosses borders.

Yet it seems unlikely that the UK will be able to continue to use this, which has to hamper its attempts to tackle flows of laundered money. And a lack of such cooperation will also be to the detriment of countries who are still in the EU. They are unlikely to be able to call on UK expertise and intelligence as part of their money laundering investigations as seamlessly as they can while the UK is still in the EU.

The EU has been criticised for its efforts to tackle money laundering in its member states not being concerted or consistent enough. But at least its members have an infrastructure and working relationships in place.

No doubt attempts will be made to instigate replacement arrangements. But the speed with which a patchwork of anti-money laundering agreements between the UK and other countries can be established – and the value of those arrangements compared to EU membership – has to be a cause for concern. For both the UK and those nations still in the EU.

Since establishing Rahman Ravelli in 2001, Aziz’s expertise in serious and white-collar crime has seen both his and the firm’s reputation rise dramatically. His ability to coordinate national, international and multi-agency defences has led to success in some of the most significant business crime cases of this century.

Aziz’s achievements have led to him being described as “top class”, “charismatic and indefatigable” and a “strategic thinker” by The Legal 500; which keeps naming him as one of the elite solicitors in the UK. The latest Legal 500 calls him “a Rolls-Royce performer’’ and adds that his “formidable intellect and great strategic judgement mark him out as an exceptional lawyer’’.