Brexit: What Is Driving the Drop in EU Net Migration?

Whilst net migration remains positive overall, net EU migration has been in steady decline since the 2016 Brexit referendum. 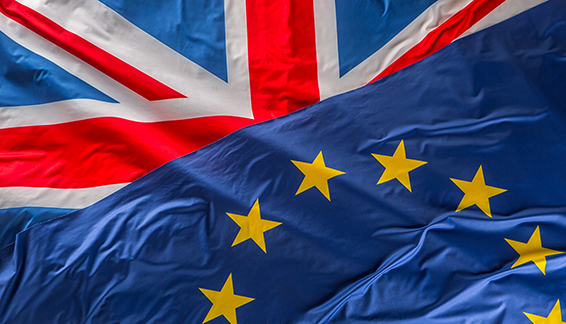 In the week the UK was due to leave the EU (and coming just days after the European Council agreed to delay exit date from 29 March 2019 to 22 May 2019 if the Withdrawal Agreement is approved by parliament – or until 12 April 2019, if not), the government has launched a new marketing campaign to promote the EU Settlement Scheme (EUSS) to secure EU nationals rights to live and work in the UK.

This comes against the backdrop of EU net migration having reached its lowest level since 2009, with the latest quarterly migration statistics, published by the Office for National Statistics (ONS) in February 2019, revealing yet another significant drop in EU net migration to the UK.

So why are more EU citizens deciding to leave, and fewer opting to take up job opportunities in the UK? And what does the future hold for those EU nationals who do want to remain in/migrate to the UK – and for UK employers seeking to fill vacancies?

Longer-term statistics consistently indicate a correlation between migration and economic conditions, with economic growth and demand for migrant labour being significant drivers of immigration to the UK.

What accounts towards the changes in EU migration patterns?

Inevitably, a combination of push and pull factors lie behind the statistics rather than any single cause. The most significant decline in EU migration relates to EU citizens from the Central and Eastern European countries (including Poland – the largest source country of EU nationals in the UK), where the number of migrants leaving the UK exceeds those arriving (-15,000 during the year to September 2018). Many of these member states had previously experienced higher levels of unemployment, which may have contributed to increased migration to the UK before the referendum. Subsequent improvements in those economies, including higher levels of employment and wage growth, together with the lower relative value of the pound, are likely to be contributing factors attracting EU nationals to return to, or remain in, those member states.

Longer-term statistics consistently indicate a correlation between migration and economic conditions, with economic growth and demand for migrant labour being significant drivers of immigration to the UK. But currently the UK economy remains reasonably buoyant (for the time being), with the highest levels of employment since the early 1970’s – yet EU net migration continues to decrease.

Voting with their feet

There has been no change to the free movement rights of EU nationals and their family members to live and work in the UK (and high levels of employment), therefore the figures reflect the personal choice of EU nationals: they are choosing, in greater numbers, to leave the UK/not to come to the UK. This is not a ‘reducing net migration policy’ success story; it is a reflection that the UK is seen by increasing numbers of EU nationals as a less attractive place to live, work and do business than previously.

Many EU nationals have experienced a reduction of confidence about their future in the UK – in terms of their economic prospects in the UK post-Brexit (compared to other jurisdictions), uncertainty about their immigration status, concerns regarding the ‘hostile environment’ for migrants (particularly in light of Windrush) and a general feeling for some of being ‘less welcome’ in the UK.

Despite the government’s attempts to inform organisations and the public, we continue to see unfortunate examples of confusion for employers and landlords

Lack of certainty has been a significant factor for EU nationals and employers alike. The government’s handling of citizens’ rights in the immediate aftermath of the referendum was woefully equivocal, creating and perpetuating uncertainty and anxiety for EU nationals and their family members already in the UK, as well as for those contemplating a move to the UK. It took almost two years for the government to set out a clear position on protecting citizen’s rights post-Brexit and its no deal proposals were not announced until December 2018 – for many this was too little too late.

Despite the government’s attempts to inform organisations and the public, we continue to see unfortunate examples of confusion for employers and landlords (and others that are responsible for immigration checks under the hostile environment policies), in some cases, inadvertently discriminating against EU citizens on the incorrect assumption that they will require UK immigration permission to work or rent a home in the UK after Brexit.

Employers, landlords, banks, doctors and others are now tasked with checking immigration permission before they employ, rent a property to, provide banking facilities or provide medical treatment to migrants in the UK.

The government’s hostile environment policies (rebranded as the ‘compliant environment’, post-Windrush scandal but no less hostile) have undoubtedly contributed to these difficulties.

Employers, landlords, banks, doctors and others are now tasked with checking immigration permission before they employ, rent a property to, provide banking facilities or provide medical treatment to migrants in the UK. With substantial civil penalties for employers of up £20,000 per illegal worker, and fines for landlords of up to £3,000 per tenant and prison sentences of up to five years, some employers and landlords have been nervous about employing or renting homes to EU nationals who they may mistakenly perceive soon will not have permission to be in the UK. The discredited ‘right to rent’ scheme, in particular, has resulted in significant discrimination, laid bare in the recent landmark High Court judgment (R (JCWI) v SSHD [2019] EWHC 452 (Admin)) which held the scheme amounts to unlawful discrimination and is incompatible with the HRA 1998 and the ECHR: ‘the Scheme introduced by the Government does not merely provide the occasion or opportunity for private landlords to discriminate but causes them to do so where otherwise they would not’. The government is appealing the judgment.

Whilst the EUSS is not without its faults, for the average applicant it provides a streamlined, fast and free online application process with minimal documentation required – unlike anything seen before in UK immigration.

Whilst there has been a lot of confusion and uncertainty surrounding the precise date of Brexit, as well as whether the UK will leave the EU with or without a deal, in reality, there is a reasonably strong package of measures to protect the rights of EU citizens in the UK (in both a deal and a no-deal scenario).

The Withdrawal Agreement reached forms the basis for the new EU Settlement Scheme (EUSS) under which EU citizens in the UK can apply to protect their rights to reside in the UK post-Brexit. The EUSS was gradually rolled out in test phases from August 2018 with only certain migrants able to apply, becoming fully operational (open to all applicants) from 30 March 2019.

Notably, the drop in net EU migration has coincided with an increase in net migration from outside the EU

The deadline for applications under the scheme varies depending on whether the UK leaves with:

Whilst the EUSS is not without its faults, for the average applicant it provides a streamlined, fast and free online application process with minimal documentation required – unlike anything seen before in UK immigration.

Notably, the drop in net EU migration has coincided with an increase in net migration from outside the EU – reaching its highest level for 15 years. In part, directly in response to falling numbers of EU migrants together with longer-term concerns about access to the EU workforce, businesses are increasingly turning to migrants from outside the EU, and the Tier 2 sponsorship route, to fill skills shortages in the UK.

This is a trend we can expect to see continue. The government’s white paper setting out the blueprint for the future of the UK from January 2021, confirms that migrants from the EU will be subject to the same rules as non-EU nationals. The main route is expected to remain a system similar to the current Tier 2 arrangements, with a number of modifications – including a reduction in the minimum skills threshold from RFQ 6 (degree level) to RFQ3 (ironically where the scheme started when it was first introduced in 2008) – but with no corresponding reduction in minimum salary thresholds.

With upfront government charges associated with a 5-year sponsorship of Tier 2 migrant (with 3 dependants) also exceeding £18,000 (not including the costs of obtaining a sponsor licence) small and medium-sized British businesses, regional businesses as well as certain sectors such as social care, hospitality, leisure, and charities, may be disproportionately impacted.

The government is carrying out a 12-month consultation on its white paper proposals and UK business would be well-advised to engage in that process and make their views known.

Sophie is Senior Partner and Head of the UK Practice of Laura Devine Solicitors (LDS) in London.

Recognised for many years by legal directories (including Chambers and Partners, Legal 500 and The Who’s Who of Corporate Immigration Lawyers) as a leading expert in UK immigration and nationality law, she has been described by directories as having ‘exceptional knowledge’ and ‘one of the best in the field’.