What Will Brexit Mean for UK and Malta’s Relationship?

Since the UK joined the EEC, there has been continuous discussion regarding the advantages and disadvantages of its membership. This has persisted till 2016 when a referendum on the UK’s membership in the EU was called. 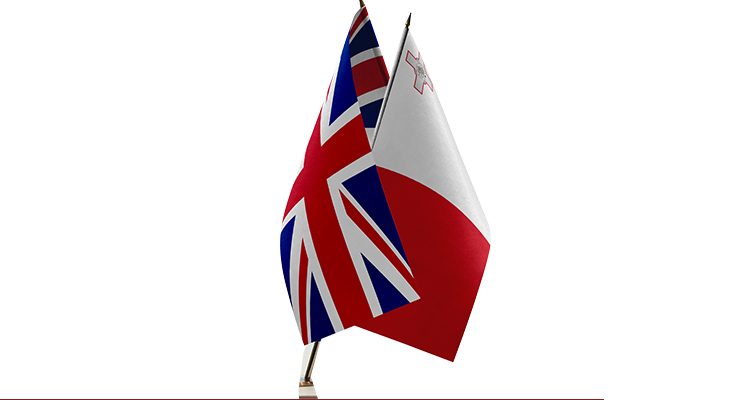 The UK’s decision to divorce from the EU has put into question the status of British citizens, and that of companies based in the UK, in relation to other countries forming part of the European single market and customs union.

Since then, Brexit has been characterised by a number of hurdles, with the EU refusing to grant further concessions, and issues such as the Northern Irish border which resulted in an undefined deal, and which in turn has caused trade policy uncertainty.

The Prime Minister of the UK has continuously stated that “Brexit means Brexit”, which means leaving the single market, the customs union, and will also mark the end of the European Court of Justice’s jurisdiction over the UK. However, nothing is set in stone and this has caused heightened stock market and exchange rate volatility among others.

At this stage, it seems that Brexit will occur on the 29th March 2019 regardless of whether the UK finalises a deal with the EU or not. Alternatively, all other EU member states can agree to extend the process, or the UK can decide to stay within the EU, although the latter seems rather unlikely as things stand.

Leaving the EU without a deal could potentially spell disaster for the 200,000 British businesses[1] currently trading with the EU, with potentially significant short- and long-term disruptions to trade.

With the deadline for the UK’s withdrawal from the Union just around the corner, questions remain on the rights and status of UK citizens in the EU, and EU citizens living in the UK. According to official statistics there are 13,000 British citizens exercising their EU treaty rights in Malta[2], all who will feel the Brexit impact in some way. Malta’s position has been to ensure that the interests of its citizens and businesses are safeguarded, regardless of the outcome of this deal.

Since Malta has appointed the English language as one of its official languages, and is a member of the Commonwealth, it has a very strong relationship with the UK. There also is an understanding between the two countries that citizens will in no way be put through any negative experiences following Brexit.

One possibility for British citizens living in Malta is to register and acquire a new residence document, which is generally valid for up to 10 years.[3] For Maltese citizens in the UK, a settled status scheme is being implemented. Malta registered companies whose main business involves UK trade, on the other hand, will be offered assistance to limit the effect of Brexit.

Brexit will undoubtedly impact Malta, a former British colony for over 150 years which harbours close economic ties with the UK. In spite of this, a number of bilateral agreements between Malta and the UK ensure that the Brexit impact for individuals and businesses is mitigated.

The Reciprocal Health Agreement Malta-UK allows for reciprocal coverage of health care for ordinary residents, and the Malta-UK Health and Social Security treaties allow for reciprocal benefits when it comes to social security, health benefits, mutual support and cooperation. Further agreements allow British residents in Malta to vote in local council elections, and a Bilateral Investment Treaty between Malta and the UK aims to promote and protect investment.

British citizens who successfully applied for tax status under the High Net Worth Individuals and Residency Programme will be offered an alternative solution and will not lose the benefit of paying tax at the rate of 15%.[4]

Malta is a genuinely viable alternative for British persons and businesses, being the leading choice for British banks and companies should they decide to relocate after Brexit[5]. It incorporates an attractive tax regime, a high GDP growth, and robust financial services, i-gaming, maritime and aviation sectors amongst others which make it the UK’s potential gateway to Europe.

E&S Group is a boutique, multi-disciplinary corporate advisory practice that provides legal, corporate, advisory, tax, citizenship and domiciliation services to an international client base.  From the simple setting up of a business operation to the more complex legal, tax and regulatory issues they face, our pro-active team of lawyers, financial advisors, accountants and corporate administrators are available to assist, advise and deliver to any aspects of our clients’ operations.

[5]‘There are 5 countries Brits are most likely to move to if they were to relocate post-Brexit’ (Business Insider, 30 January 2017) <https://www.businessinsider.com/internations-survey-countries-brits-are-likely-relocate-to-after-brexit-2017-1>