Shipping off Elsewhere…What to Consider When Restructuring Shipping Companies

George Vrikis speaks to Lawyer Monthly about how restructuring shipping companies often pose unique challenges and how the laws work when based in several jurisdictions. 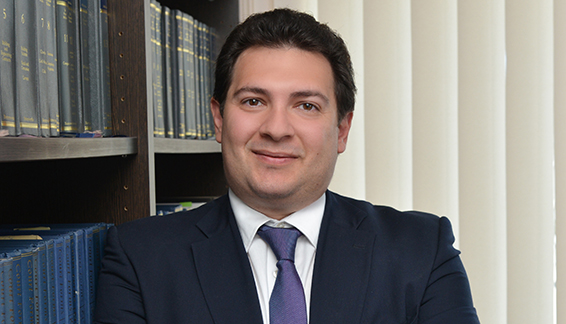 When restructuring shipping companies, what unique aspects must you consider, in comparison to companies situated in one jurisdiction?

The shipping industry has seen unprecedented levels of distress in the years since the financial crisis and there has been a significant amount of restructuring since.  The market participants have had to adapt to these changes; these changes include a series of financial, operational and technological issues, such as: restrictive banking covenants and less access to financing, reduced margins as carriers have discovered the risk of reduced demand and factors including artificial intelligence, 3D printers and renewable energy that are taking over. The shipping industry is experiencing a large supply of tonnage and therefore freight rates and vessel values are under severe pressure.  All these challenges have led many shipping companies to adjust their strategies and business models by restructuring their businesses.

The cost of litigation should be considered as well as the flexibility of the legal system.

It is important to consider issues – including but not limited to -, choice of flag and jurisdiction, ship registration including parallel registrations, related company law and tax matters. Additionally, debt restructuring, refinancing and insolvency matters.

It is imperative to consider the regulations relating to ship arrests as the shipping industry is a creditor friendly industry with creditors often being able to easily establish maritime claims and being able to rest ships in multiple jurisdictions. If creditors are threatening or taking unilateral actions in relevant jurisdictions, then a strategy needs to be devised in order to protect the assets.

The cost of litigation should be considered as well as the flexibility of the legal system.

Choosing a jurisdiction such as Cyprus includes all of these and more, as Cyprus carries low operations costs and several incentives, including but not limited to: the non-dom regime, an attractive low corporate tax rate of 12,5% which is the lowest in the EU, business-friendly tax regime with provides for TT on the net tonnage of the vessels rather than Corporation Tax on the actual profits, regulated by the Department of Merchant Shipping rather than the Tax Authorities.

Ships owners must consider their most valuable asset, which is the ship itself.

How complicated can transferring assets become when involving companies in other jurisdictions?

Ships owners must consider their most valuable asset, which is the ship itself.

Apart from transferring the ship itself, further complications might arise which trigger events of default or disclosure obligations the company might have with various creditors.

Complications are as follows:

The regulations to be considered must be an interaction between maritime law, restructuring law and insolvency law.

What regulations in the above cases need to be met, when restructuring shipping companies?

The regulations to be considered must be an interaction between maritime law, restructuring law and insolvency law.

Whilst the majority of cases involves English or New York Laws, there are several cases in which the basis of governing laws is not as strong or rich in decided case-law as the aforementioned (for example, when the Marshall Islands or Liberia are used as the jurisdiction of choice for governing laws). Use of such lesser-established jurisdictions generally tends to increase uncertainty as to the outcome and does not assist in negotiations on the basis of established principles. Another factor to be reviewed in each case, is the type of applicable Insolvency Laws, as generally, a debtor will seek this remedy as a pressure point on recovery method.

How can restructuring shipping companies go wrong? How can you avoid this from occurring?

Restructuring plans typically use a modular, two-stage approach: The first stage involves drawing up operational measures to ensure viability, i.e. making sure the company is a going concern that is solvent and not over-indebted). In the second stage, the aim is to develop a model for the restructured company that ensures it is sustainably competitive and profitable (ongoing viability).

It is imperative that there is a common understanding between all shareholders and that the creditors are informed in full and obtain reassurances where needed.

Competent legal advice, as well as tax advice, is a strong recommendation before any plan is initiated.

About George and the Firm

George Vrikis is the Managing Partner of G. Vrikis & Associates LLC a rapidly expanding and prominent law firm in Cyprus. The firm has been focused in providing high level legal advice to its clients and expanding its international profile and clientele, whilst at the same time maintaining a prompt, pro-active and family-office approach for its clients.