The Financial Conduct Authority (FCA) has, for the first time, made a formal decision using its competition enforcement powers. 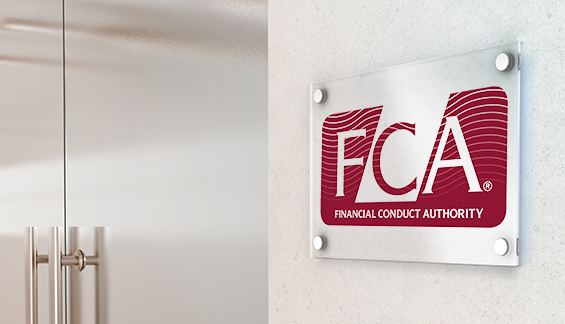 According to Syedur Rahman, of business crime solicitors Rahman Ravelli, there are warning signs in the Financial Conduct Authority’s first penalties for competition infringement.

The action was taken by the FCA because three asset management firms – Hargreave Hale, Newton Investment Management Limited and River and Mercantile Asset Management – were found to have shared strategic information before share prices were set; disclosing the price they were willing to pay and, on some occasions, the volume of shares they wanted to buy. This allowed one firm to know another’s plans during the initial public offering of shares – a time when they should have been competing independently of each other for shares.

As a result, Hargreave Hale was fined £306,300 and River and Mercantile was fined £108,600. The FCA did not impose a fine on Newton because it was given immunity under the competition leniency programme.

In announcing the penalties, the FCA emphasised that companies sharing confidential information about their bids undermine the process that determines how share prices are set.

It almost goes without saying that firms have to be careful not to undermine the price setting process. The FCA has made it clear that it will take action against those it believes have affected the process. But as well as the three firms that were found to have breached the Competition Act 1998, it is notable that the FCA also fined an individual – former Newton Investment fund manager Paul Stephany – £32,200 under the Financial Services and Markets Act 2000 (FSMA). That fine was for conduct related to the activity that saw the three firms penalised.

So what can we read into this? Well, first and foremost, it has to be noted that this is the FCA starting to use its competition powers. These are powers that the FCA has had at its disposal since April 2015 and yet only now are we seeing them being brought to bear. And its fining of an individual under FSMA shows that the FCA is quite happy to pursue both a company and those within it, as opposed to one or the other.

It is now clear, the FCA is focusing on corporate finance and corporate controls – in addition to its normal consumer market focus. Firms and individuals need to be aware of this.

One concluded case is certainly not grounds for heralding a new era of FCA activity. But what is striking in this first case is that it involved a relatively small number of incidents and yet was the subject of an investigation that began about three years ago. This seems to indicate that the bar may be set fairly low when it comes to being large or serious enough for the FCA to consider such an investigation.

If that is the case, those companies and individuals operating in this field need to be aware of their obligations and ensure their compliance measures are fit for purpose.

The Competition Act 1998 prohibits agreements, practices and conduct that may damage competition in the UK. Its Chapter 1 prohibition covers anti-competitive agreements and activities between businesses that have as their object or effect the prevention, restriction or distortion of competition within the UK. Article 101 of the Treaty on the Functioning of the European Union (TFEU) covers equivalent agreements or practices which may affect trade between EU member states.

A business that is found to have infringed the Chapter I prohibition and/or Article 101 TFEU can be fined up to 10% of its annual worldwide group turnover. For this reason alone, failure to comply with the Act has to be seen as a very costly gamble.

When calculating financial penalties, the FCA will consider factors such as the seriousness of the activity, the length of time it went on for, the turnover in that particular market and any other mitigating or aggravating factors. But, as happened with one of the companies in this first FCA competition enforcement decision, a business that has been involved in the wrongdoing can be granted immunity from penalties or a reduced penalty if it reports the activity and then assists the FCA with its investigation.

Another reason why reporting anti-competitive behaviour should also be seen as a priority for companies is because, under Principle 11 of the FCA’s manual Principles for Businesses, regulated firms are obliged to bring their own actual and possible significant contraventions of competition law to the FCA’s attention. It is hard, therefore, to see any circumstance or reason why a company should not be looking to report behaviour that breaches the Competition Act – or any justification for its compliance procedures not being up to scratch.

We now know that the FCA is willing to use its competition enforcement powers, that it will pursue financial institutions and individuals and that a case does not have to be especially large to warrant investigation. This has to be seen as a warning that the FCA is ready for a fight in the name of competition.