The Current M&A Scene in Taiwan

Often seen as the bridesmaid and never the bride, Taiwan is continuously developing in order to catch up with its neighbour: the ever-progressing and somewhat unconquerable, China. 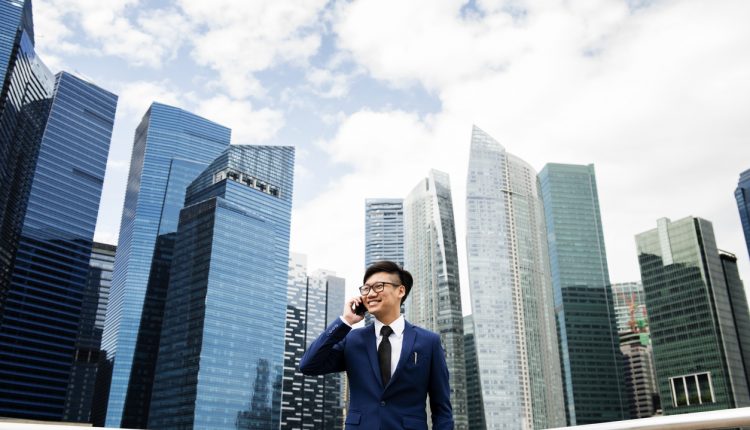 Nonetheless, things are looking bright for Taiwan and its evolving investment sphere. We speak with Victor I. Chang, who summarises the 2018 M&A scene in Taiwan and what is on the horizon for 2019. Is it time to invest in Taiwan? Read on to find out.

It was predicted that M&A activity was expected to pick up in 2018; can you expand on whether it has, and how your 2018 in the M&A sector progressed?

The rumors of a pick-up in M&A activity was sourced from a few large outbound M&A transactions in 2016 in semiconductor and TMT, which stalled out in 2017. Based on my perspective, and also being on the commission for the Taiwan PE and M&A association which monitors activity as well as recognise annual awards for the top deals and deal-makers in Taiwan, I see some clear trends.

Another significant trend is Taiwan companies’ attempts to deal with the still-evolving trade situation between the US and China.

What are some of the trends that you had spoken of?

First and foremost, despite a general slowdown, there continue to be a few, large sized outbound deals from 2016 to 2018. I think this is a significant trend, as I have not recalled this much sustained interest in larger Taiwanese listed companies doing outbound deals. I recall commenting in a conference that this is the trend that is worth watching, and in the last 12 months we have seen further, sustained interest in outbound deals in multiple sectors in addition to IT and TMT, such as in pharmaceuticals, IoT and passive components.

Another significant trend is Taiwan companies’ attempts to deal with the still-evolving trade situation between the US and China. In the past few years, my clients have started to look to move its Chinese operations to Southeast Asia, or to the US, in order to manage exposure from increasing trade tension between the Trump administration and Chinese policymakers. CFIUS is also an important issue in this environment. All of this simply means that Taiwanese companies see acquiring companies in the US and in SE Asia as viable alternatives to their traditional strategy of building and growing their own affiliates (which in many cases will take too long).

From this, can you share which industries boomed in 2018, regarding investment?

One clear benefactor, on a short-term basis, was the passive components industry. Yageo, which was one of the global market leaders, embarked on an M&A strategy between 2017 and 2018 which saw their stock price skyrocket. Since summer, however, interest in the sector has died down.  One thing to note is that Yageo was making both domestic and cross-border deals.

Even before Yageo, the interest in consolidation was shown by the ASE hostile takeover of SPIL, and now there is continuing interest in consolidation in industrial computers and pharmaceuticals (e.g. acquisitions by Posiflex and Bora).  Meanwhile, we continue to see large-sized semiconductor and TMT deals, such as the sale of CNS and acquisition of Belkin, Linksys, and Wemo by Foxconn.

Overall, there is now sustained interest amongst Taiwanese companies in using M&A as a strategy to acquire new business lines and to re-position itself globally.

How did you come to practice in Taiwan and how has the Taiwan M&A market evolved over the years?

I joined LCS & Partner in 2004, which at that time was known as a smaller M&A boutique. I was a fund formation and M&A lawyer, having practiced for 8 years in a big firm environment in Boston, then I was seconded to a public company client in Paris to act as deputy general counsel, overseeing several of their M&A deals in Asia and Europe.  In Taiwan back in 2004, there were no strategies available for using the newly established M&A law and corporate tools, such as PIPEs and preferred shares, and my partners and I were fortunate to lead many of the largest and most innovative M&A deals at the time, such as the Standard Chartered acquisition of Hsinchu International Bank and the leveraged MBOs of Oaktree, Primax, Nien Made, Data Systems, and others. Eventually, there was enough activity and know-how built up amongst the investment banking professionals in Taipei where several of them formed their own PE funds and became my clients. During this earlier period, most of the deals were either inbound deals or purely domestic deals. A few large outbound deals, like the BenQ – Siemens deal, were dismissed as utter failures.

The US recovery from its Great Recession, however, did not benefit Taiwan companies at first.

After 2008, the KMT was swept into power on the back of enthusiasm for the Ma administration. And with some relaxation of Cross Straits investment restrictions, as well as the advent of a number of PE funds and a growing group of professional dealmakers making connections with their Chinese counterparts, we saw significant cross-strait investment and M&A activity even during a period of global recession.  In fact, owing to the fact that Taiwanese banks were very well capitalized and largely unaffected by the 2008-2009 global financial crisis, Taiwan was one of the very few parts of the world were PE funds were able to close billion-dollar leveraged deals during that period.

The US recovery from its Great Recession, however, did not benefit Taiwan companies at first. This was felt also in terms of M&A activity, which plateaued and then declined. There were several years of inactivity and lack of progress during the latter parts of the second Ma administration, and also the beginning of the Tsai administration, and I think the feeling that the high tech world was leaving behind Taiwanese companies (and partnering instead with PRC and South Korean companies) may be what has spurred the trend of outbound buyouts.

Taiwan companies are learning from their PRC and South Korean peers, as they are developing experience in growing overseas via acquisitions.

Given the rapid pace with which the Chinese M&A market has evolved – and it is amazing to see as I also had the fortune of working on some large and sophisticated M&A deals in Beijing and Shanghai when I first came back to Taiwan- , I sometimes hear Taiwanese professionals complain about the slow pace in the development of the Taiwan M&A market. They are right, Taiwan is much slower when compared to China, but China has just been on a dizzying pace all its own, relative not only to Taiwan but to the rest of the world.

Nevertheless, I am much more optimistic now than I was in 2009, now that we have had several years of outbound deals. This means that Taiwan companies are learning from their PRC and South Korean peers, as they are developing experience in growing overseas via acquisitions. I now hear, more frequently than before, of boardroom discussions where founders and senior management are actively seeking an M&A solution in order to acquire overseas management talent, rather than relying on overworked domestic executives to hire and grown the overseas business organically. Better late than never.

Despite the significant gains made by the pan-blue KMT-led coalition, particularly in southern Taiwan, I think it is too early to tell. I think that Taiwanese companies will continue to pursue their dual-pronged strategy of dealing with the trade tensions between the US and China, which is to continue to acquire management talent and channels in the US and also to develop more production capability in Southeast Asia. One additional strategy Taiwanese companies could start to adopt, would be to shift production in China back to Taiwan, but this would depend very much on still developing government policies on corporate and tax laws.  For example, the individual tax rate for professionals and executives is much too high in Taiwan, with virtually no deductibles, and this has resulted in decades of persistent exodus in managerial talent, and there is no academic or political will to tackle this issue.

I think Taiwan businesses are already starting to look outward and to adapt to a possible, long-term “cold trade war” between the US and China.

Do you have any 2019 predictions regarding M&A activity in Taiwan?

I think there will continue to be a steady stream of M&A outbound activity and we will see this activity branch out into more industry sectors. In addition, if there is a global or regional sell-off in stock markets in 2019 or 2020, it is likely that there could be one or more waves of industry consolidation M&A activity, now that Yageo and others have set a precedent.

How would you advise clients and businesses to make the most out of the aforementioned predictions?

I think Taiwan businesses are already starting to look outward and to adapt to a possible, long-term “cold trade war” between the US and China. This will likely result in many opportunities for cooperation amongst complementary Taiwanese companies with their partners based in North America, Europe, Japan, Australia, and Southeast Asia, and I would encourage businesses to seize those opportunities.  For example, Taiwan commercial banks are still flush with cash and the lending rates for Taiwan companies, which is based on TAIBOR, is much lower than the rest of the world; therefore, working with Taiwanese companies and Taiwan lenders will contribute to more efficient and profitable M&A and investment outcomes.

About Victor Chang and the Firm:

Victor I. Chang has 20 years of extensive multi-jurisdiction transactional experience in mergers and acquisitions (“M&A”), private equity fund formations, and cross-border anti-trust and supply chain transactions, frequently involving parties from the United States, Europe, Canada, Australia, Taiwan and China. Mr. Chang has been widely recognized as a leading attorney in the areas of private equity and venture capital by clients and independent periodicals.  Prior to joining LCS & Partners (LCS) in 2004, Mr. Chang was deputy general counsel of Trader Classified Media, N.V., a leading classified media company traded on the Paris Bourse; he had also practiced for over seven years in Boston with the firm of Testa, Hurwitz & Thibeault, LLP.  Since 2004, Mr. Chang has represented numerous principals in the formation of Greater China private equity and hedge funds, with aggregate LP commitments in excess of US$4.10 billion. During that time, Mr. Chang has represented investors and entrepreneurs in over 50 venture capital and private equity investments involving operating companies in China, and IPOs via the TWSE, GTSM, HKSE, NYSE and Nasdaq.  Mr. Chang is the head of the Cross Border Practice group, the head of the Private Equity Practice group, and co-chair of the M&A Practice group of LCS.

LCS is a top-tier full-service law firm in Taiwan and regularly advises top-tier domestic and international clients on innovative and complex transactions.  LCS has advised domestic and international clients on the largest and most significant M&A, securitization, and commercial real estate deals in Taiwan, and has been a market leader in capital markets transactions practices, including private equity fund formations and investments, project finance, debt and equity capital markets covering a wide variety of offerings, and anti-trust. LCS is also a long-time member of the World Service Group, the largest global legal network; one of the LCS attorneys, Mark Harty, is currently the chairman of the World Service Group.