No Deal Brexit: What Will Happen to Your Business?

With incessant toing and froing, the concept of the UK actually achieving a smooth, favourable Brexit seems like a lost dream, and with the deadline around the corner, the chance of a no deal Brexit occurring is becoming surprisingly more likely as the days pass. 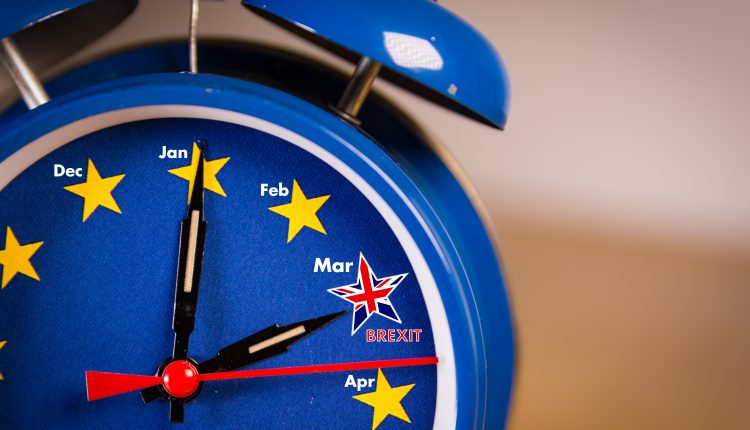 And even though the Parliament rejected a no deal Brexit, it is not technically legally binding[1]; with Theresa May is keeping us all on our toes, businesses are yet to know what they should be preparing for.

In 2017, it was reported that a total of 52,741 laws have been introduced in the UK as a result of EU legislation since 1990[2], so, as you have probably gathered by now, it will not be a simple ‘farewell handshake and walk in opposite directions’ type of break up. Things will change, and the best way for us to prepare for it, is by briefly touching on some EU laws which majorly impact the way in which businesses in the UK work.

Who Will Be Left to Work for You?

In the public sector, where two thirds of organisations employ EU nationals, 42% have seen staff leave and the number of EU nationals registering as nurses in England had dropped by 92% since the vote.

Immigration was a major talking point during the EU referendum, but what was not addressed, was the importance EU nationals have in the workplace; from baristas to nurses, reduced EU migration may affect EU business development for UK businesses. We are expected to see pressures in a variety of sectors, and though settled status may be offered to those already residing in the UK, we aren’t too sure how restrictions of free movement will impact UK businesses.

As reported on Airmic: “According to the Chartered Institute for Personnel and Development (CIPD), there were 2.26 million EU nationals working in the UK in September 2016. More than half (56%) of these workers are employed in either wholesale and retail, health and social work, accommodation and food services, construction and manufacturing.”[3]

With the agriculture and construction sectors predicted to take a harder hit, CIPD’s Labour Market Outlook for Winter 2016-17 found that 29% of employers claim they have evidence that EU nationals looked to leave their organisation due to the UK result of the Brexit referendum,  with 27% considering doing so in 2017.

In the public sector, where two thirds of organisations employ EU nationals, 42% have seen staff leave and the number of EU nationals registering as nurses in England had dropped by 92% since the vote.

Could the Gig Economy Save Businesses?

Often presenting controversy in employment tribunals, the Gig Economy has been subjected to scrutiny. With the gig economy thriving on frictionless convenience, it allows individual workers and small businesses to operate in large marketplaces without needing the bureaucratic or operational support. But, self-employment is at an all time high, and it is this fluidity which enables it to work, Yes, with Brexit imposing the need for new EU workers to obtain a visa prior to working in the UK, we may witness a reduction. But not all is lost.

A report by McKinsey estimates that between 20 and 30% of the working age population are engaging in some form of independent work, with just under half (44%) relying on it for their primary income; the report also shows that 56% use it [the gig economy] to supplement their salary and a mass 74% stating it is their preferred way of working.[4]  If businesses continue to offer the same opportunities that the gig economy presents to its workers, they may be able to soften the blow of losing EU nationals.

With much of the EU employment law being in effect via UK legislation, we expect very few changes and no immediate alterations to legislation

As stated in the HR Magazine: “It [the gig economy] also offers a solution to the skills shortages already being felt across a number of industries, and that could be compounded by Brexit. With an army of on-demand gig workers available from across the globe, and the technology to facilitate remote working, this could be a viable option for a variety of industries.”

Other workplace issues regarding staff shortages and productivity and their solutions, are as follows: 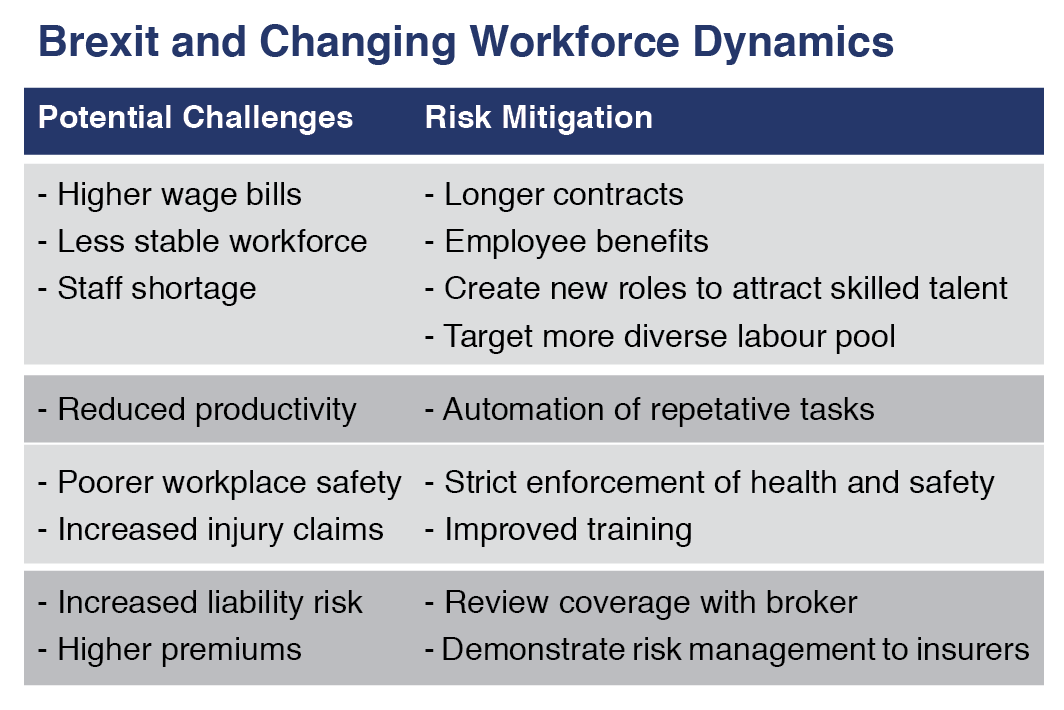 What Else Will Change Under Employment Law?

Speaking to Robert Bates, and Employment expert at Jordan Solicitors, he states that things should remain the same: “Last year the government issued a series of technical notices, one of which was entitled ‘Workplace rights if there’s no Brexit deal’. This technical notice stresses that immediately after 29 March 2019, workers in the UK will continue to be entitled to the rights they have under existing UK law.

“This includes those laws that originate from EU law, such as the working time regulations, family leave entitlements and legislation to prevent discrimination.

“In the short term, the government says there is no plan to change existing policy, which is designed to ensure a smooth transition. With limited exceptions, the employment rights which staff enjoy – including those staff working in the UK on a temporary basis – will be the same immediately after Brexit as before.

“How this will change in the medium to long term is a point of much speculation in political circles, which is not very comforting for employers and employees living in the real world.”

With much of the EU employment law being in effect via UK legislation, we expect very few changes and no immediate alterations to legislation; the UK expects a certain level of workplace protection, and major changes seem highly unlikely, especially when considering that changes require Parliamentary approval, with the Government considering whether reform is politically desirable prior to anything being confirmed.

Further to this, it is important to be aware that many laws and rights do not derive from EU employment law[6]. 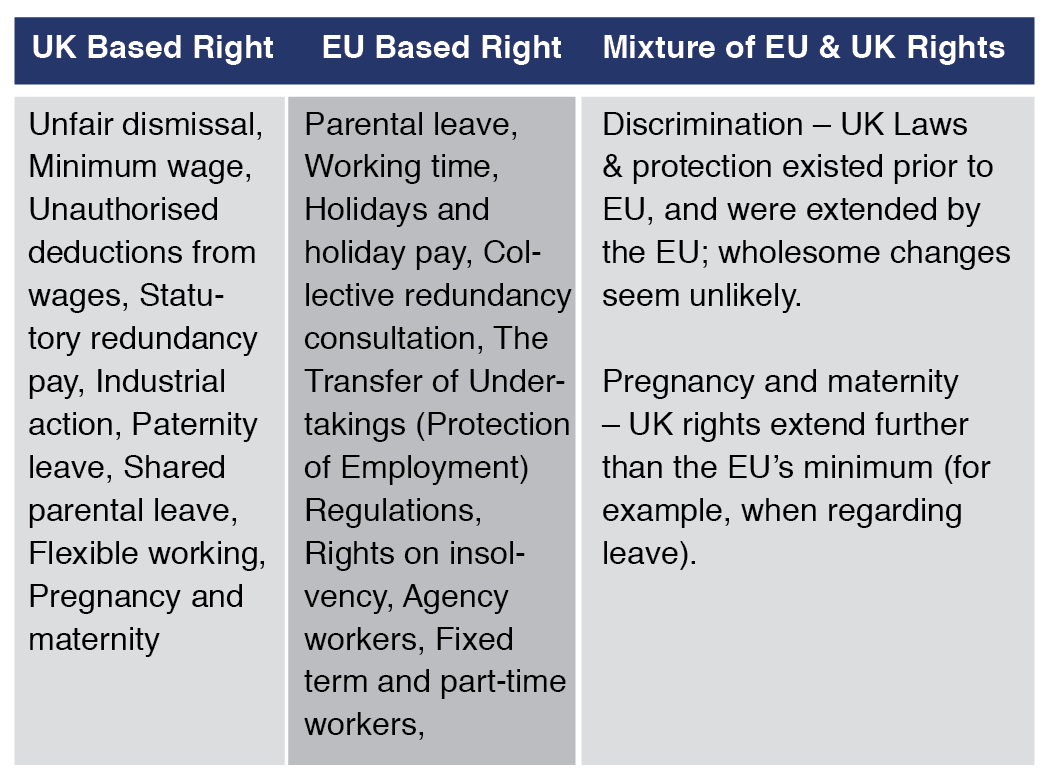 We may see some EU-rights and laws being altered, such as the right of agency workers being entitled to basic working conditions (such as annual leave) as equivalent to the permanent staff after 12 weeks; this wasn’t quite popular at Government level when first introduced, so it could be processed to change. Alterations which we are more likely to see will relate to requirements for interaction with EU institutions or bodies[7].

Business investment has taken a hit, with it barely growing ever since the referendum (see below); prior to the vote, it was predicted to grow more than 13% over two years (from 2016)[8]. The uncertainty of business operations is likely to have contributed to this fall. 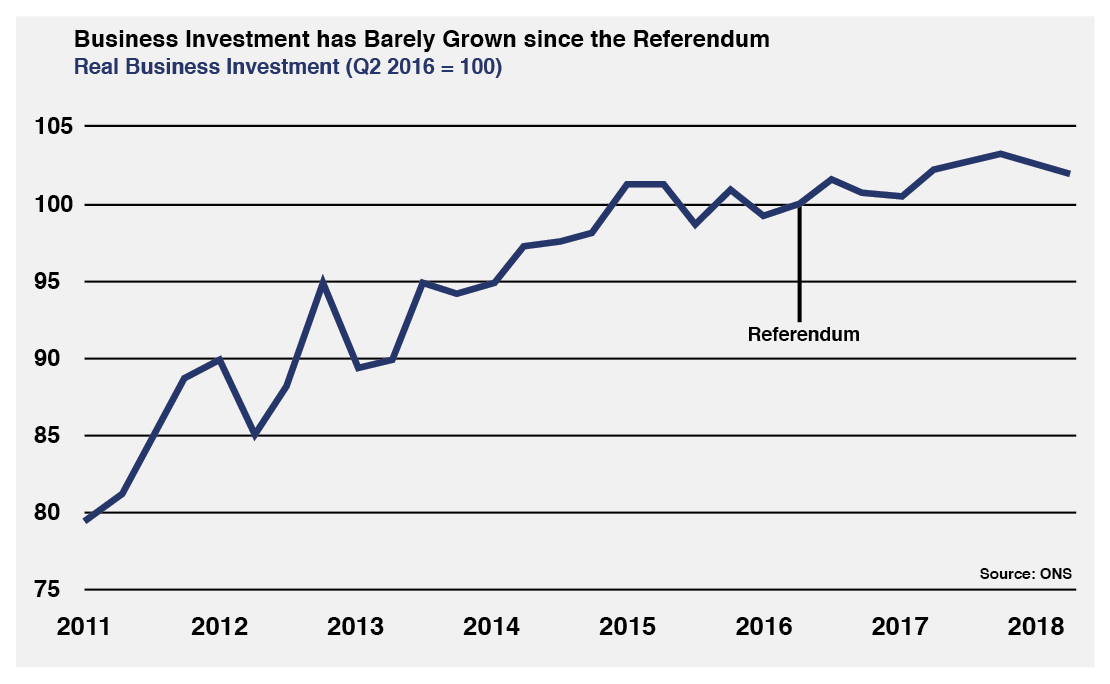 Richard Thomas, Employment Lawyer and Partner at Capital Law tells Lawyer Monthly that if the UK can agree a deal with the EU which preserves the UK’s ability to continue to grant operating licences to UK based companies which will then be mutually recognised by the EU, those UK based companies will have to apply for 2 separate sets of operating licences – one for the UK and one for the rest of the EU.

“This is a sensible course of action for these companies to take as there is no guarantee whatsoever that the EU will agree that any operating licences granted by the UK as a “Third Country” will be recognised as being mutually applicable throughout the EU. In fact, the EU very rarely agrees to any form of mutual recognition of different rules as it insists upon its rules being followed as the price of access to its market.”

“The EU Commission wrote to a number of companies in regulated sectors (such as aviation transport and maritime) in December 2017 to point out that once the UK becomes a Third Country their current operating licences (granted by the UK as an EU member) would no longer be valid within the EU.

“The UK Government initially complained about this action by the Commission but backed down when it was made clear that the Commission was simply pointing out the legal and commercial position that would apply.”

Richard goes on to explain that despite maintaining a mantra of “No deal is better than a bad deal” the UK Government has only recently made any conspicuous preparations for a no deal scenario.

“It is still possible that a transition period will be agreed by the UK and the EU (although this is still currently dependent on a suitable resolution of the issue concerning any border between N Ireland and the Republic of Ireland)”, he explains, “However even if a transition period is agreed all businesses that wish to operate in both the UK and the EU would be prudent to consider setting up an EU based entity from which to apply all relevant EU operating licences on the basis that this will prove necessary even if a final FTA is agreed between the EU and the UK.”

We can only wait and see to witness what will happen and how businesses will adapt to the rumoured changes; until then, be prepared for anything.