Freddy Messanvi is the Head of Legal and External Affairs at British American Tobacco in West and Central Africa. 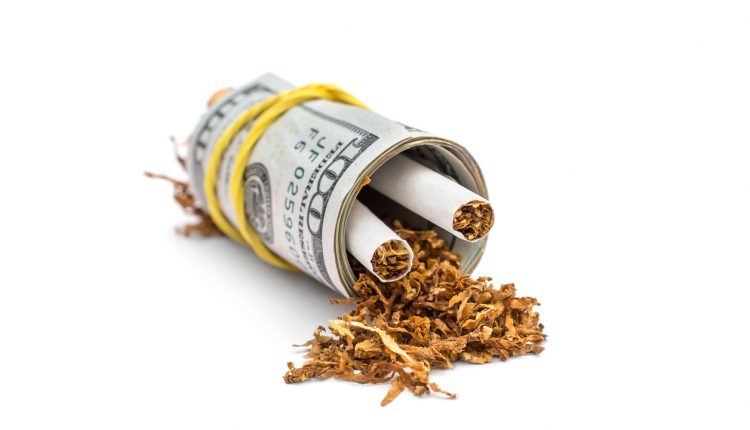 He speaks with us this month about his role, how he embraces every challenge and opportunity and also expands on some prominent issues regarding the tobacco industry, including illegal trade and taxation policies.

Regulations and Issues in the Tobacco Industry:

With some people having negative attitudes towards tobacco consumption, how do you in your role help eliminate some of the worries, whilst inside the law and making the right decision for the company?

Tobacco remains a controversial product due to its inherent health risks. Despite this, my role ensures these risks are clearly communicated in our marketing and engagement to adults as well as the standards we abide by, in providing products to the adult consumers who have made a clear decision to use them. As a result, my role requires that I constantly demand that the organisation abides by all laws and guidelines required by the countries and regulators we operate in. Compliance with the law is not always hugely popular, yet in realising commercial objectives, all internal stakeholders must be committed to abiding by these laws and external stakeholders must view a clear demonstration of how we intend to continue doing business in a responsible manner, as a good corporate citizen.

It is common knowledge that when a commodity is excessively taxed, consumers resort to the black market.

What are the current taxation policies for tobacco trade in Africa?

The taxation policies for tobacco trade across Africa have been robust in recent years. This is as a result of heightened awareness of tobacco control as a global public health concern among government authorities in the region. These policies have mostly been formulated both at the level of sub-regional economic blocs and at national level. For example, ECOWAS member states took a strong step in tobacco regulation in November 2017 when the ECOWAS Financial Council of Ministers in Abuja announced a plan to increase excise duties on tobacco in a bid to boost revenue and reduce consumption of the product in the sub-region. Part of their resolutions was to commence a draft directive to harmonise excise duties on tobacco products. The new excise duty for tobacco earlier approved by the Nigerian government took effect from 4 June this year. No doubt, tax pressure has been exploited as an instrument of public policy to drive tobacco control. The belief is that the imposition of additional specific excise duties brings about a sharp drop in adolescent smoking.

Illegal tobacco trade is a big threat to the tobacco industry.

What are the disadvantages from a commercial perspective, in regard to the taxation policies, and what do you hope will change in the foreseeable future?

One of the disadvantages is that it might create more vulnerability for the industry. Notably, it may further deepen the problem of illicit trade, which is currently plaguing most economies on the continent and which interestingly has raised concerns from ECOWAS and other regional economic blocs in Africa. It is common knowledge that when a commodity is excessively taxed, consumers resort to the black market. This is particularly the case for the tobacco industry, which is one of the most smuggled and illicitly traded goods in the world. What this implies is that government looses more revenue due to it to illicit tobacco traders.

How does illegal tobacco trade affect your sector?

Illegal tobacco trade is a big threat to the tobacco industry. The growth of the trade has created security, economic and health consequences for the industry. Today, tobacco smugglers have advanced and developed new ways of beating security checks and surveillance and have expanded their illegal activities with increased focus on “cheap or illicit whites”, which are cigarettes that may be legally produced but are later smuggled and illegally traded. Transit space is being increasingly exploited by smugglers to continue smuggling illicit products into the sub-region, which is raising new challenges for governments across the sub-region. There have been reported cases of products manufactured in free trade zones like the United Arab Emirates for instance, where little or no taxes are paid on them and are shipped into West Africa and declared as transit. Apart from these products not usually meeting the cigarette standards in the countries they are manufactured, they do not arrive at countries where they are fraudulently declared at either transit or destination, but are warehoused in remote locations from where they are sold out illegally to the population.

While country-specific strategies can be adopted in dealing with the problem considering its peculiarities across different countries, a well-organised and coordinated international response has proven effective in dealing with the global illicit trade.

What do you think should be done to tackle such illegal trades? Should there be tighter restrictions and regulations?

I think using examples of how to tackle the menace abound in some countries that have managed the situation effectively in recent years. First and foremost, the government must show commitment in combating illegal trades.  This can be achieved by aligning with international collaborative efforts to fight the crime; for instance, signing up for international treaties against illicit trade. Interestingly, Nigeria and more African countries are signatories to the WHO Framework Convention on Tobacco Control (FCTC) as well as the ECOWAS protocol to eliminate illicit trade of tobacco products. However, it is not enough aligning with international treaties in fighting illicit trade. The government must be willing to walk its talk by channelling its effort towards it. In recent years, Togo and few other African countries have been proactive in curtailing the trade. Earlier in the year, Togo publicly demonstrated that it would no longer be a transit country for illicit cigarette by burning several consignments of illicit cigarette bound for neighbouring African countries.

While country-specific strategies can be adopted in dealing with the problem considering its peculiarities across different countries, a well-organised and coordinated international response has proven effective in dealing with the global illicit trade. This helps to create channels of cooperation in the investigation and prosecution of criminals. This, I feel, is the most sustainable and long-lasting approach to curbing illicit trade.

A day in the life of Freddy Messanvi

What does a typical day at BAT look like for you?

There is no typical day for me at BAT, each day is unique and brings its own combination of achievements and learnings. This is what makes my role intriguing. I feel it is important to have a fresh outlook when engaging people and delivering daily tasks, as it allows you to bring your difference, every time.

What is the most challenging part of your job, and how do you overcome such challenges?

I prefer to look at challenges as opportunities to learn something different. Being open minded allows me to receive and manage change positively, especially when working in a dynamic and uncertain environment. I find that empowering and developing my team to be alert and aware of the changing business environment while providing them with direction and the tools to manage change is the secret to unlocking the opportunities of my job.

For aspiring lawyers, I would recommend that they have an open mind and take time to experience and explore the various opportunities that exist within the legal framework before choosing an area of specialisation.

Why did you pick this area of law? Why would you recommend it to aspiring lawyers?

I have always had a passion for law, but at the same time I have a very strong business acumen which I developed during my professional journey with British American Tobacco. I started as a Management trainee straight out of law school and I grew through the ranks after experiencing various opportunities in Corporate Affairs, Regulatory Affairs, etc., until I rose to Head both Legal and External Affairs. I guess the combination of the two naturally steered me in the direction of Commercial Law.

For aspiring lawyers, I would recommend that they have an open mind and take time to experience and explore the various opportunities that exist within the legal framework before choosing an area of specialisation. The world is growing and evolving rapidly, in order to remain relevant, we must be prepared to evolve with it!

Head of Legal and External Affairs