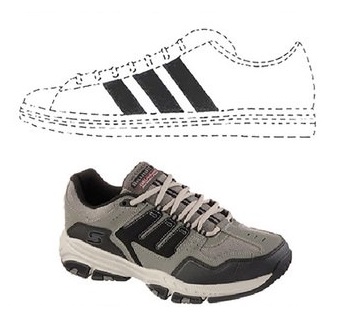 Adidas has always been one of the strongest trainer brands worldwide, selling millions every year. One of its flagship models is the Stan Smith style, alongside the known three-striped design, so when both of these trademarks were copied, the German sportswear giant filed suit.

The trademark dispute kicked off in 2015 but has since been ongoing. Sketchers, who is claimed to have copied the designs, sells generally lower priced shoes and trainers, so Adidas has argued their infringing designs have devalued Adidas’ products. In a recent unanimous decision from the 9th Circuit, a previously-issued preliminary injunction was upheld, prohibiting Skechers from keeping the Stan Smith lookalikes on the market, as they infringe on trade dress rights, but allowing the three-striped trainer.

An Adidas spokesperson said: “We had no doubt the Ninth Circuit Court of Appeals would affirm that Skechers has engaged in unlawful and infringing behaviour. The Court also recognized that Skechers did so in bad faith and with full knowledge of adidas’ prior rights. We will not stand by and allow others to blatantly copy our products and infringe on our valuable intellectual property.”

The trial was scheduled for June 2018, but in May Adidas and Sketchers agreed to settle the trademark dispute. The terms were not revealed, but Counsel for Adidas, R. Charles Henn Jr. of Kilpatrick Townsend & Stockton LLP told Law360 the disagreement was “resolved amicably.”