For some years now, Kit Kat, a brand owned by Nestlé, has argued for a trademark over its distinctive chocolate bar shape. The latest on this case, which began in 2002, reports that in June 2018, the European Court of Justice agreed with a previous court decision to allow the shape to be used worldwide, without limitations.

Now other brands, such as Norway’s Kvikk Lunsj, which is a very similar tea treat that has been around since 1937, can operate in Europe without fear of breaking trademark rules. 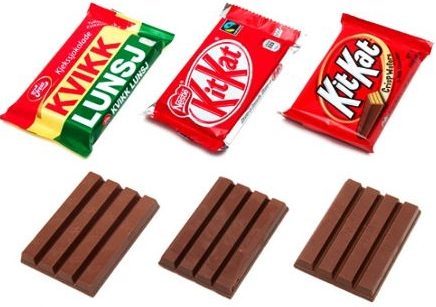 Four years into the trademark application, Nestlé had been awarded the trademark. At this point Mondelez, which owns Kvikk Lunsj but also owns other huge brands like Cadbury, Milka, Oreo, and Toblerone, put its foot down, and in 2007 court battles began. The ‘distinctiveness’ of Kit Kat’s four finger shape is what’s at stake in the disputes, with courts implying there is not enough evidence that all countries, individually, recognise Kit Kat as the brand that boasts said shape.

Though there should now be no issues with anyone using this shape throughout Europe, Kit Kat does have the shape trademarked at a national level in France, Germany, Spain and Italy, among others.

According to the BBC, John Coldham, Partner at Gowling WLG, said: “Assuming the EU Intellectual Property Office does not have evidence that the shape is distinctive across the EU, I would expect it to remove the mark from the register now. It is open to Nestlé to apply again, and to put stronger evidence in, so this may well not be the end of the road.”

“No-one is saying it is impossible to get a trade mark for the Kit Kat shape – just that there needs to be evidence that the shape is distinctive of Kit Kat in every part of the EU.”