Should Solicitors Be ‘Trusted to the Ends of the Earth’? 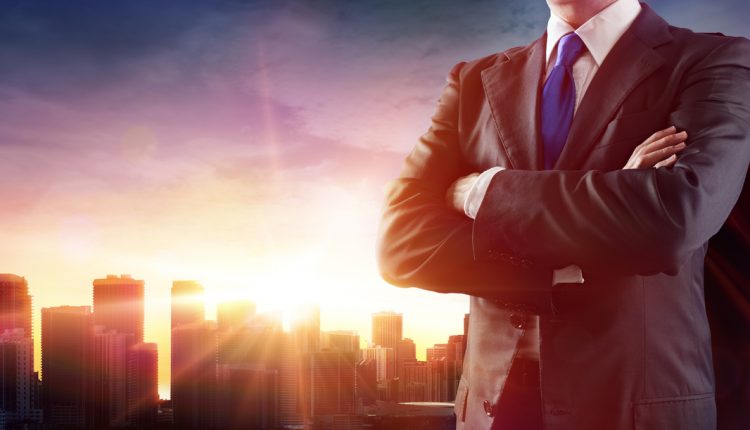 Those outside the industry may truly believe so, but those who work in the legal sphere, where they may sometimes wake up thinking they can tackle the world and all its evil, are just like the rest of us; so why do the regulatory organisations, such as the SRA, give lawyers such a hard time? We speak to Emma Brooks who commonly represents solicitors subject to investigation by the SRA, about if the sanctions for solicitors who breach conduct rules are too harsh.

This was the extremely high standard set for solicitors in the leading case of Bolton v The Law Society [1993] EWCA Civ 32. When explaining why solicitors who had been found to have acted dishonestly should expect to face a severe sanction, the then Master of the Rolls, Lord Bingham, said it was essential ‘to maintain the reputation of the solicitors’ profession as one in which every member, of whatever standing, may be trusted to the ends of the earth.’

But is this level of expectation realistic? Perhaps more importantly, do the public really believe that solicitors should be held to such a high a standard and indeed to a far higher standard than almost any other profession? Are they super human?

The recent case of Sovani James has divided opinion across the profession. Ms James’ case has confirmed, yet again, the strict approach that the regulator and the courts take when dealing with solicitors who commit serious breaches of the conduct rules, particularly when their conduct is deemed dishonest.

Sovani James was a solicitor who was found to have backdated correspondence to make it appear that she had progressed a clinical negligence case when she had not. Ms James’ misconduct was only discovered once she had left the firm. Though Ms James accepted the allegations, she sought to explain her actions by blaming the negative culture of the firm, including the extreme pressure on junior solicitors there to increase their chargeable hours. Ms James introduced evidence by way of an email she had been sent by the Managing Partner of the firm, which suggested she should work weekends, evenings and Bank Holidays to cover the shortfall of hours against her target. Ms James explained that the firm would publicly compare the performance of all junior lawyers through league tables.

Is there really no room in the legal profession for a junior lawyer who, in these kinds of extreme circumstances, makes a mistake right at the start of their career? It seems not.

Ms James’ mitigation was that the culture at the firm had led to her losing confidence in her own ability to do the job. That together with stress and anxiety she was experiencing in her personal life, including her mental health problems, had resulted in her misconduct. Though the Solicitors Disciplinary Tribunal (SDT), who heard the case at first instance, found that she had behaved dishonestly, they accepted that her working environment was ‘toxic’ and they took the highly unusual step of suspending Ms James, rather than striking her off.

However, this was not the end of the matter. The Solicitors Regulation Authority (SRA) disagreed with the sanction imposed by the SDT (whose quorum is two lawyers and one lay person) and they appealed the decision to the High Court. Despite the Judges who heard the appeal in the High Court describing Ms James’ working conditions as ‘abominable’ and hearing the extremely compelling mitigation put forward on her behalf, the High Court overturned the sanction imposed by the SDT and ordered Ms James to be struck off.

This decision to strike off a relatively young, inexperienced lawyer who had presented such convincing mitigation for conduct which had taken place three years previously has led many in the profession to wonder if there are really any circumstances in which a solicitor can escape the severest sanction following a finding of dishonesty. Is there really no room in the legal profession for a junior lawyer who, in these kinds of extreme circumstances, makes a mistake right at the start of their career? It seems not.

In order to escape a strike off when dishonesty has been found, a solicitor must argue that ‘exceptional circumstances’ apply in their case. In an era when solicitors are under increased pressure, it isn’t surprising that many solicitors have tried and failed to run the argument that their misconduct arose as a direct result of their inability to cope with the demands of the job. However, in the James case, Lord Justice Flaux said that mental health issues, specifically stress and depression suffered as a result of work conditions, could not amount on their own to ‘exceptional circumstances’ required to avoid a strike off. ‘Whilst in no sense belittling the stress and depression from which the respondents suffered, it was in no sense exceptional. It is sadly only too common for professionals to suffer such conditions because of pressure of work or the workplace or other, personal, circumstances.’

The James case also highlights the irony of a situation where a solicitor is sanctioned such a long time after the misconduct has occurred. Most cases investigated by the SRA take at least a year, if not a lot longer, for the case to actually get to the Tribunal. During this intervening period, most solicitors are able to continue to practise unfettered (often not even being subject to conditions on their practising certificate) until the day of the hearing. At the hearing, solicitors will introduce a number of credible and compelling witnesses who will attest to the solicitor they have now ‘grown into’. Senior partners at their current firm will confirm their unwavering support and wish for them to be able to continue practising and working at their firm. Yet still this is very rarely enough to avoid a strike off.

The SRA’s mantra on dishonest conduct is that a strike off is the only punishment in these cases to ensure the protection of the public. However, it is hard to imagine that the public need protection from someone like Ms. James, who admitted what she had done, had addressed her mental health problems and had moved to a firm where she was thriving. Does the public really require protection? Whilst I imagine that the public and those within the profession would agree that a solicitor who steals client money deserves, at the very least, not to work again, would the public agree that Ms. James’ case needed to end in this way?

Whilst the James case related to misconduct within her professional life, solicitors need to be aware that a significant number of cases that the SRA bring, relate to serious misconduct within the solicitor’s private life, usually, but not exclusively, when solicitors have been convicted of criminal offences. Indeed, solicitors need to be ever more acutely aware that even allegations of misuse of social media on a person’s private account may lead to disciplinary action by the SRA. This was seen in September this year when the SRA announced that they intended to refer the case of Mark Lewis (the high profile media lawyer who helped secure the £3m settlement for the family of Milly Dowler in relation to phone-hacking), to the SDT for allegations of posting ‘offensive and profane communications’ on his Facebook account. The allegations are unproven and will be contested by Mr Lewis at an SDT hearing.

Worryingly for solicitors, it is not necessary for the SRA to prove that a solicitor has acted dishonestly in order for them to be struck off.  An alternative, much wider allegation with a far lower threshold, is that they have acted with a ‘lack of integrity’, a finding which will also often lead to the ultimate sanction of a strike off.

When considering the issue of protection of the public, would a member of the public expect that solicitors should be held to a far higher standard than other professionals, for example, doctors?

The recent case of Hadiza Bawa-Garba, a doctor who won an appeal and was able to continue practising medicine despite a criminal conviction for gross negligence manslaughter, highlights the different approach taken by those regulating individuals in the healthcare sector.

Ms Bawa-Garba was working (similarly to Ms James) in what all accepted to be an extremely difficult environment. In Ms Bawa-Garba’s case, the errors which led to the death of a young child were, she argued, caused by a combination of matters – she was working on a short-staffed and chaotic unit, where she was fulfilling the role of two registrars on the day in question. She had just returned from maternity leave, was lacking adequate supervision and a defective IT system failed to flag abnormal test results. She had, since the child’s death, continued to work at the same Trust for a number of years.

This case shows how those regulating medical professionals seemingly give far greater credit to those it regulates if they can show ‘insight’ into their failures and demonstrate that they have taken steps to rehabilitate themselves. The Court of Appeal took into account all of these factors and decided that despite a criminal conviction for gross negligence manslaughter, as a direct result of her misconduct at work, it was not necessary in order to maintain the trust of the public, to stop the doctor from continuing to work.

Whilst there are some similarities and some differences between this case and that of Ms James, Ms Bawa-Garba’s case resulted in unarguably far more serious consequences for those involved. Can the public reconcile the two different approaches taken by the courts in these cases? Whilst many will have sympathy for Ms Bawa-Garba’s position, do the public really believe that a solicitor should be held to a far higher standard of professional conduct than a doctor who quite literally holds the people’s lives in their hands?

Emma Brooks is a Partner at Byrne and Partners LLP specialising in corporate fraud and regulatory work. She has significant experience in representing solicitors subject to criminal investigation and those being investigated for misconduct by the Solicitors Regulation Authority.