Luxembourg Vs Switzerland: Which Is the Best Base Country to Invest in the EU?

Which is the best base country to invest in the EU: Luxembourg or Switzerland? Patrice Lefèvre-Péaron delves into all areas, regarding tax, cost structures, governance and the advantages of each jurisdiction when it comes to investing. 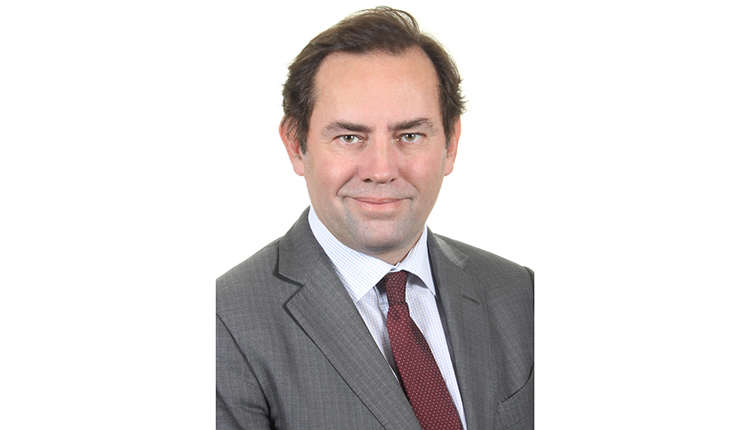 Luxembourg, even though it offers conditions that are slightly more advantageous in terms of exemption of dividends and capital gains.

In a few words, what are the comparative advantages of each of these jurisdictions for the funds’ business?

Both with respect to both UCITs (open-end mutual funds) and alternative funds, Luxembourg has an unequalled panoply of legal solutions, and Luxembourg lawmakers have consistently adapted the legal and regulatory framework for funds to meet market requirements, as happened with the FIAR* in 2016. With respect to company law, which was inflexible for a long time, Luxembourg changed significantly with the arrival of the SCSp§ (a real “Swiss army knife”!) now available to investors and UHNWIs¨, particularly in connection with private equity transactions. This tool, which we were among the first to use, both protects business confidentiality and is transparent for tax purposes with respect to application of double tax treaties with foreign countries, where the partners or shareholders may reside and where investments may be made. There is also total transparency with respect to FATCA· and CRS.

In a few words, what are the comparative advantages of each of jurisdiction for holding companies?

Luxembourg, even though it offers conditions that are slightly more advantageous in terms of exemption of dividends and capital gains, because of the SOPARFI© rules, remains uncompetitive for holding companies that generate cash, because of the wealth tax on companies[1]. In addition, Luxembourg has just introduced CFCÑ-type legislation[2] which makes it a more demanding jurisdiction for benefiting from the SOPARFI[3] treatment. Switzerland is on the verge of a major reform of its tax laws, which will make it a more competitive jurisdiction. Regarding to tax rates on income, with PF17[4]à; it is clear that, even though Luxembourg is trying to resist this tax competition, it is not contemplating a reduction in income tax rates (23%)[5] that is as competitive as Switzerland’s (13.5%[6]). This has a major impact in terms of taxation of income not eligible for SOPARFI treatment, because of CFC legislation or on cash flow.

Switzerland, because of its bilateral treaties, has full access to the European parent-subsidiary regime which provides an exemption from withholding taxes on dividends paid by European subsidiaries.

Would it be interesting to use both Luxembourg and Switzerland in certain cases?

Is the fact that Switzerland is not an EU member disadvantageous with respect to upstream payments from other EU countries?

No, not necessarily; there is no reason to see things in such Manichean terms. This point is too often overlooked by BRICS and UHNWI investors. Switzerland, because of its bilateral treaties, has full access to the European parent-subsidiary regime which provides an exemption from withholding taxes on dividends paid by European subsidiaries. The same applies to interest payments, more often already exempted, by local law, and royalties. The toughening of tax treaties between Luxembourg and other European countries, particularly France, does not really make it possible to escape taxation of real property gains made in France. The same applies to the toughening of European directives in the area of constructive dividends[7] or deduction of financial expenses or charges[8], which now rely, as a main criterion of disqualification from the exemption from withholding tax, principally on the ground that the structuring has made for main (and not only) tax reason, then being deemed “not genuine”. In this respect, the flexibility of European directives which allowed certain groups to be more aggressive from a tax point of view, as a result of combining European directives offering an exemption for withholding tax on upstream financial flows and presence in an EU country like Luxembourg, is no longer applicable.

From a company law and corporate governance standpoint, is either country more inflexible that the other?

At first blush, Luxembourg would appear to be more flexible than Switzerland, but the principle of intragroup payments makes it possible to introduce all the desired flexibility, especially with change of yearly allocation of dividend payments, with respect to Swiss companies.

In terms of cost structure, is either country more expensive than the other?

Cost structures are comparable in both countries thanks to a significant cross-border workforce from France or Germany that makes it possible to provide services at equivalent cost. The very lively competition between and among service providers now makes it possible to say that these jurisdictions are relatively competitive compared to Asian jurisdictions, like Hong Kong or Singapore.

Switzerland has unequalled expertise in terms not only of tax treatment, but also with respect to highly qualified experts.

With respect to tax treaties, are Luxembourg and Switzerland equivalent?

The tax treaty network is practically identical as between Luxembourg (83 treaties) and Switzerland (90 treaties), with probably more diverse coverage for Switzerland.

From the standpoint of inbound flows paid through investment funds, the advantage is to Luxembourg, which has managed to insert specific provisions into its tax treaties, such as with France, allowing for upstream flows either on an exempt basis, or at a rate of around 15%[9] (as for real property funds investing in France), with a simple tax rate / structuring schedule. Such is not the case with Switzerland.

For holding companies, the situation is the same.

For outbound flows, withholding taxes (“impôt anticipé”[10]), which exist in Switzerland, always cause problems with respect to dividend payments, contrary to Luxembourg. However, flexibility exists for shareholders holding a stake of at least 20% (25% for European parent companies in connection with the AFisE, if there is no applicable tax treaty), this tax can be directly deferred upon authorisation of the AFC, thereby allowing the paying company to avoid paying it.

What about head offices?

On this point, Switzerland has unequalled expertise in terms not only of tax treatment, but also with respect to highly qualified experts. The PF17 reform, even if it may penalize the establishment of head offices, does not seem to be such as to cause an exodus of them, as long as the increased tax cost remains at an acceptable level.

So, Luxembourg or Switzerland?

It all depends on the nature of the client’s business, whether it’s more industrial, or more in the area of regulated or unregulated funds. We have no preference within our firm, as we have a single team with lawyers who are admitted to practice in Switzerland, Luxembourg and France. This unique status allows us to provide clients with service and advice that is always in its best interests.

Patrice Lefèvre-Péaron is a M&A and tax partner at Jeantet. He is the Managing partner of the Jeantet Switzerland law offices in Geneva, and the head of the Jeantet’s tax practice.

[4] Federal bill on tax reform and financing of the AVS, dated 28 September 2018

[8] EU Directive 2016/1164 of the Council of Ministers, dated 12 July 2016 establishing rules to combat tax evasion, which have a direct impact on the functioning of the internal market.