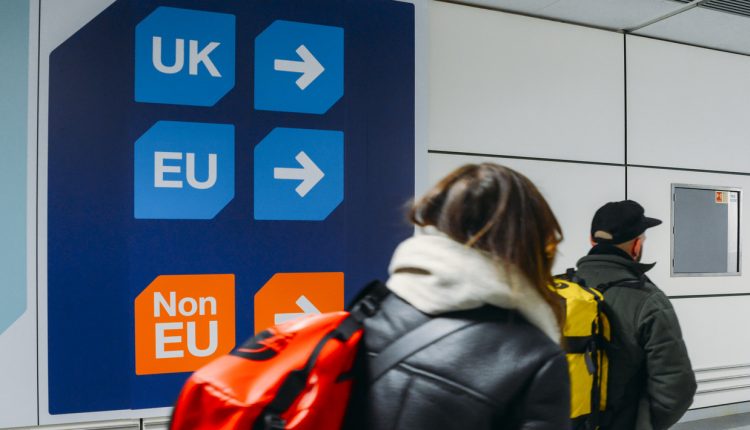 Free movement of EU workers has been the cornerstone of UK-EU relations for many years. Below Lawyer Monthly hears from Rahul Batra at Hudson McKenzie on the potential future of low skilled worker in a post-Brexit world.

Several hundred thousand low-skilled workers from EU countries are employed each year in jobs predominantly in cleaning, hospitality and the agricultural sector which has historically witnessed a strong reliance on seasonal workers from EU countries. For example, the seasonal agricultural workers scheme (SAWS) was in place for a very long time prior to ending in the year 2013, mainly due to the fact that EU workers were already allowed to come to the UK under free movement.

However, to throw a spanner in the works, the UK government has announced that in line with Brexit, free movement of EU workers will come to an end in the year 2021. This raises two important questions- How are UK businesses engaged in the above sectors going to survive by not having easy access to EU workers? And will there be a replacement scheme in effect?

In order to facilitate migration into jobs that are not considered sufficiently skilled to qualify for Tier 2 work permits, the government may be looking at the below two options.

In the July 2018 White Paper, the government stated that it hopes to negotiate a UK-EU ‘Youth Mobility’ scheme modelled on the existing Tier 5 scheme that would allow some sort of low-skilled work permits to be introduced post Brexit. Tier 5 YMS is a scheme which at present allows citizens of few common wealth countries including Australia, New Zealand, Canada to be employed in jobs at any skill level.

Is Youth Mobility Scheme the answer?

The Youth Mobility Scheme has been historically designed to facilitate cultural exchange between the UK and certain common wealth countries, and not as a labour migration programme. By its very nature, this scheme is temporary while a majority of EU workers would stay for more than two years, and often remain with the same employer for many years. Moreover, YMS has an age restriction of between 18-30 years and not all EU workers would fit into this age bracket, although the hospitality industry relies heavily on young workers, but others may not. Finally, the YMS has caps for each participating country and the size of any caps would be important in determining whether YMS is a major source of labour migration in the future.

Work permits by their very nature, involve relatively detailed regulation of the types of jobs that are eligible and the conditions of work and also require employer sponsorship linking workers to specific jobs. The Points Based System (PBS) which has five tiers, hasn’t been used completely since inception. The current Tier 2 visa system for non-EU nationals is designed mainly for graduate level jobs. Most employee jobs in the UK labour market do not meet this criterion, and a substantial share of migration into these non-graduate positions has been from EU countries. The Tier 3 of the PBS, which was original designed to accommodate low skilled workers was never put to use. Therefore, this may be a perfect opportunity for the government to introduce work permits arrangements for low skilled workers under Tier 3 scheme.

However, work permits are not devoid of drawbacks. Firstly, several employers view sponsorship as a cumbersome burden due to the high costs and administrative burden involved. Moreover, the fact that a worker is tied to a specific job, makes it harder for workers to leave exploitative employers in cases where the terms of participation in the scheme have not been successfully enforced.

Are we therefore going to have a Youth Mobility Scheme for EU workers or a new work permit scheme under Tier 3 of the PBS post Brexit, in order to meet the demand for migrant workers in low-skilled jobs? If not, it is very likely that the government will introduce at least some equivalent schemes for labour migration in low skilled jobs after free movement comes to an end, lest the risk of illegal employment rises due to employers not having sufficient legal options to recruit migrant workers in such jobs.