US Steps in to Clean Up Cyprus 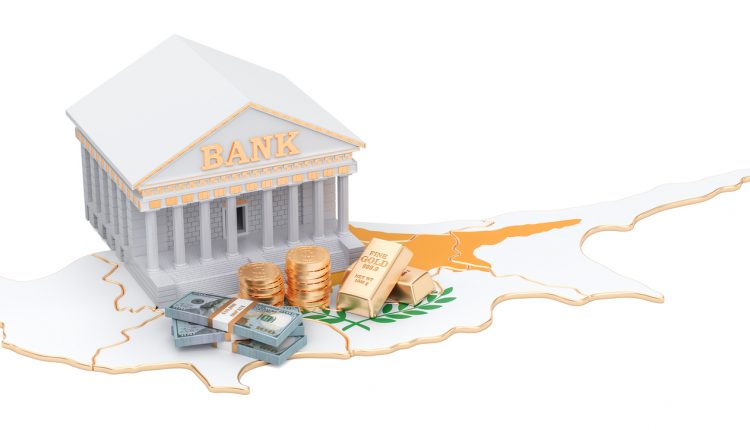 With ongoing discussions around the Cypriot failure to tackle money laundering and economic crime, global banking expert Robert Lyddon discusses US efforts to force the island to improve its policies.

On June 14th 2018 the Central Bank of Cyprus (CBC) sent a circular to all Cyprus’ banks enjoining them to better and more complete Due Diligence on so-called shell companies, otherwise known as brass-plate companies, as part of Cyprus’ wider campaign to improve its image in the area of countering money laundering and combatting the financing of terrorism – otherwise known as AML/CFT.

Shell companies, as residents of the country where they are incorporated, benefit from the protections embedded in Double Taxation Treaties “DTA” that the respective country has signed with the governments of other countries. The owner of the shell company, though, being normally a non-resident of the country, does not. Cyprus has built up a wide network of DTAs and has signed the most favourable and aggressive DTA with Russia. The usage of Cyprus shell companies has featured historically in cases like the infamous one involving the Serbian president Slobodan Milosevic where they were used as vehicles for the purchase of armaments that were used in the Balkan Civil War.

The run-up to CBC’s circular demonstrates increased and renewed US focus on shell companies, on Cyprus, and on reaching out to locations such as Cyprus to ensure that US writ runs there.

Cyprus repeatedly featured in cases like the Panama Papers and the Paradise Papers which post-dated Cyprus’ undertaking – made in connection with its financial bail-out in 2013 – to eliminate its status as a haven for money laundering and tax avoidance. Most recently formal US sanctions were extended to include an individual who is the largest single shareholder in Bank of Cyprus, Viktor Vekselberg.

These sanctions, announced on April 6th, included Mr Vekselberg, six further Russian ‘oligarchs,’ 17 senior government officials, Vekselberg’s Renova Group and 11 other companies, according to the website of the US Treasury’s Office of Foreign Assets Control (OFAC): 36 entities in all.

The Cyprus business press reported that US anti-financial crime units in private went much further than the OFAC list of sanctioned entities: FinCen – the Financial Crimes Enforcement Network of the US Department of the Treasury – sent the Cyprus authorities another roster of 114 names, such that the FinCen and OFAC lists together totalled 150 Russian businessmen and companies under suspicion of actively operating through financial institutions in Cyprus.

These submissions caused the Cyprus authorities to mandate a thorough review of all possible connections between Cyprus’ banks and this list of individuals and companies. A number of Russian tycoons with deposits or trade-related monies at seven financial institutions were identified. CBC then froze the bank accounts of these Russian businessmen in the context of the US sanctions, an action which the banks involved should have done themselves, had they been operating an adequate AML/CFT function.

On May 4th, US Department of the Treasury Assistant Secretary for Terrorist Financing Marshall Billingslea visited Cyprus and stated that the island was no longer open for illicit financing. The Cyprus authorities have been cagey about the content of the discussions with Mr Billingslea, but they must simply have been a report to him of what Cyprus had done about the OFAC and FinCen lists, and a justification as to why the banks involved should not be cut off from the US$ payments system. In other words the visit was the culmination of previous communications and aimed from the US side at ensuring that the Cyprus authorities had received the message, and from the Cyprus side to assure Mr Billingslea that this was the case.

On May 8th – as if to underpin contentions made to Mr Billingslea the previous week – an article was placed in the Cyprus press with impressive-sounding statistics of 55,000 accounts closed, and large volumes of business turned away by Cyprus’ banks voluntarily. Closing 55,000 accounts that were open and which had passed the banks’ onboarding tests prior to opening is a truly astonishing figure for a banking environment that had represented, after the 2013 bailout, that it had cleaned up its act on AML/CFT. In addition, as the account fees for servicing a shell company will run into the thousands of euro per annum, the Cyprus banking system is effectively giving up on upwards of EUR300 million of fees per annum – a true measure of the degree of threat from the US side to cut Cyprus off from the US$ payment system.

On May 11th, FinCen issued new rules on the checks that financial institutions will have to make to detect shell companies, with a view to not banking them. We predicted then that these rules would be used as the yardstick by which the US measures the practices in other countries, particularly countries that are of money laundering concern like Cyprus.

At a European level the European Council, in its meeting on May 14th , adopted the 5th EU Anti-Money Laundering Directive. The new elements compared to the 4th Directive include greater transparency of the beneficial ownership of companies and trusts, a measure that will directly impinge upon the viability of the Cyprus business model.

This model has been a key feature of its economy since EU membership, and involves “introducers” based in Cyprus developing contacts with and business propositions for potential customers outside Cyprus, and then establishing legal entities domiciled in Cyprus who obtain their banking facilities with indigenous banks.

Close connections have been shown to exist between these introducers – in the form of law offices, accountants and company formation agents – and senior politicians and bankers. Indeed, the president’s own law firm is a prominent introducer.

The impression of Cyprus’ authorities dancing to the US’ tune and coming willingly into compliance is contradicted by other evidence however. The Cyprus authorities have hired a PR firm in the USA to project a more positive view of Cyprus towards those organisations charged with AML/CFT matters, like Financial Action Taskforce and Moneyval.

CBC’s circular does not proscribe shell companies as customers, contrary to the strong inference of FinCen’s new rules. CBC simply requires that banks review their existing client base to identify customers which can be described as shell companies, inform the supervisor of the outcome of the review before July 31, 2018, and “assess the future of their future relationship with them”. They must justify their decision to continue banking that customer against a series of criteria, and note the analysis and decision on the customer’s file.

The evidence points to Cyprus’ overtures being a ceremonial exercise to placate US regulators as no directives were put in place forbidding banks from opening accounts for companies who have no physical presence on the island and who take advantage of the Cyprus business model for tax evasion and money laundering. A clear example of this is the current Cyprus passport scheme, which requires that a foreign investor bring EUR2 million into Cyprus and invest it in real estate, and the investor is then issued with a Cypriot passport and provided unfettered access to the EU.

The scheme has come under the scrutiny of EU and US regulators as it has yet again emerged that both Cyprus regulators and local banks were turning a blind eye to the bone fides of funds coming into the country for the purchase of luxury residential properties in order to utilise the scheme. When the EU and US again asked difficult questions, the Cypriot authorities pledged to improve their AML/CTF efforts. Too little and too late: 3,300 passports have been issued to foreign investors and their family members under the scheme since the 2008 financial crisis, according to Cyprus media sources – for a stated profit of EUR 4.5 billion.

Cyprus’ response to this and other matters follows their established pattern: to eschew going the whole nine yards, in favour of going about seven and a half of them.

No bank has been shut down in relation to AML/CFT concerns, that is apart from Cyprus branch of a small foreign bank called FBME. In July 2014 FBME was resolved by CBC immediately after FBME had been served by FinCen with a Notice of Finding citing FBME as an institution of “primary money laundering concern”, in connection with allegations surrounding about a dozen of the 8,000 FBME had active at the time.

If the Cyprus banks as a whole actually closed 55,000 accounts when FinCen had raised concerns about a dozen of FBME’s 8,000 accounts in total, this comparison shows that the scale of the problem is much larger and that its fulcrum is the large domestic banks, who so far have remained untouched – even following scandals including Liberty Reserve and the Bank of Cyprus’ involvement in the Manafort case.

Indeed, according to Pavlos Angelides, a private-practice lawyer, CBC’s approach to introducers has been similar to its approach to the banks. Pavlos has been quoted as saying: “Look, the central bank already knows who is doing what, they’ve got lists. This business of turning the heat on shell corporations began some five or six months ago. But they aren’t touching the big guns, the major law firms with political connections, who between them ‘own’ the lion’s share of these shell or nominee entities. Instead, they’re going after the little guy.”

On shell companies as on AML/CFT generally, the approach is to find a scapegoat, hold that scapegoat up as the fulcrum of the problem, engage in a PR campaign about Cyprus’ supposed efforts to clean up its act, and to let the big players carry on business as usual. As if to prove this, the number of new company registrations in June 2018 was 1,123, an annual increase of 17%.

It may prove to be rather less easy to get Mr Billingslea off their back than it was for CBC to annul the investment of FBME’s shareholders.