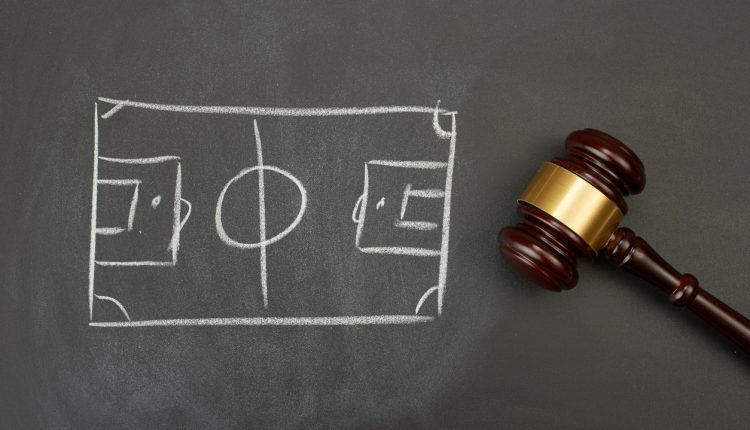 Sporting Lisbon recently demanded compensation for players who terminated their contracts then signed elsewhere. Below David Rogers, a Senior Manager at Moore Stephens, delves into the intricate world of sports disputes, taking point from the Sporting Lisbon precedent and stressing the importance of good advice in similar legal disagreements.

In the world of football, when a player signs a contract with a club this gives the club the right to the player’s services for the length of their contract. In normal circumstances, players move between clubs either when another club pays a transfer fee to buy them out of their contract or for free when the contract expires, but other reasons for contracts ending can result in disputes and the requirement to pay compensation.

If clubs are unfairly losing out on a player’s service that they are contracted to receive, then compensation could be due. The amount of this is not dictated by mathematical formula but can depend on a number of factors, including consideration of the length of contract remaining, transfer fees and other costs paid, including salary by the club that the player has left unlawfully, and any further expenditure to be incurred on the player in question.

In May 2018 as a result of an attack by fans at their training ground, nine Sporting Lisbon players terminated their contracts, citing ‘just cause’.

Sporting Lisbon have reported three of these players, who have now joined other clubs, to FIFA and are now demanding compensation of up to €197million (£175million) in relation to them. They demand €57million (£50million) for Rui Patricio, the Portugal goalkeeper, who joined Premier League newcomers Wolves, €100million (£89million) for Atletico Madrid winger Gelson Martins, and €30-40million (£27m-£36million) for Olympiakos winger Daniel Podence. Sporting Lisbon have said that the Court of Arbitration for Sport (Cas) will decide whether to side with them or with the players.

As well as termination of contracts, failure to abide by contracts is another cause of disputes. Loan moves with the option of signing a player on a permanent basis at the end of the loan term is becoming an increasingly common transaction in football. However, there are also instances of loan moves with a compulsory agreement to buy at the conclusion of the loan. This was the case with Ricardo Alvarez’s loan move from Inter Milan to Sunderland in 2015. After an unsuccessful loan spell, Sunderland declined to sign Alvarez on a permanent basis, despite the original agreement containing a clause that guaranteed Sunderland would have to pay £9million to make the move permanent should they avoid relegation. As such the Court of Arbitration for Sport ordered Sunderland to pay more than £9million for a player they never owned.

Compensation payments do not just apply to signing players, they can apply to managers too. Watford reported Everton to the Premier League and are pursuing compensation over an ‘illegal’ approach for then-manager Marco Silva in the first half of the 2015/16 season. After the approach, Silva was sacked as Watford manager with the club citing the approach as ‘the catalyst’ and Silva became manager of Everton on 1 June 2018.

Everton was understood to be willing to pay approximately £10million in compensation for Silva and the two clubs went through a failed mediation process. Watford are still pursuing disciplinary action, but as they did not follow the proposed arbitration process, a compensation payment is now unlikely.

Contractual disputes and compensation are not limited to football. In 2016, Denny Solomona retired from rugby league side Castleford Tigers, despite having two years left on his contract, only to join Rugby Union side Sale Sharks. Castleford Tigers took legal action, suing for damages against Sale Sharks, Solomona and his agent at the High Court in Leeds. This resulted in a settlement in the region of £200,000 in 2017.

With an increased movement of players, an increasing presence of agents and the sheer amount of money at stake, disputes of this nature are on the rise along with the values associated with them. It is therefore important for clubs to have skilled advisors to help them navigate these types of disputes.