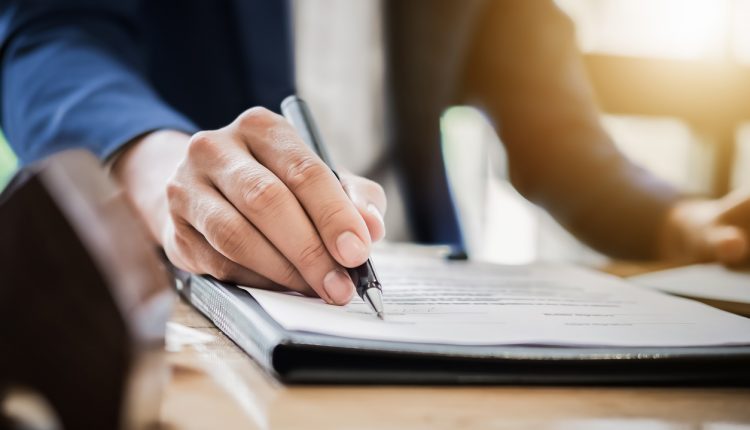 The law of implied terms allows the court to imply a term into a contract to cover a situation which has not expressly been provided for in writing. In this article Ioannis Alexopoulos, Partner, and Jessica Thomas, Associate at Signature Litigation, consider the recent case of Robert Bou-Simon v BGC Brokers LP[1] which warned against the use of hindsight to imply a term into a contract merely because it appears to be fair.

Bou-Simon and his employer, BGC Brokers LP (“BGC“) entered into an agreement in December 2011 (the “Agreement“). Under the Agreement, Bou-Simon was paid £336,000 (the “Loan“). The Loan was to be repaid from partnership distributions made to Bou-Simon. If Bou-Simon ceased to be a partner, any unpaid amounts would only be written off if he remained in his employment for a minimum of four years.

Bou-Simon commenced his employment for BGC on 1 February 2012 as a “broker” – it was the intention of all parties that he would latterly become a partner. The Loan was paid in full to Bou-Simon on 21 February 2012. Bou-Simon in fact never became a partner and resigned just over a year later.

BGC contended that a term should be implied into the Agreement providing that the Loan would be repayable in full where Bou-Simon failed to serve a full four-year term of employment (the “Implied Term“). Bou-Simon’s position was that the payment was a “golden hello” and that he was not obliged to repay it upon resigning from BGC.

The Agreement also contained terms which were deleted as a result of negotiation, and which related to the circumstances in which the Loan would become immediately repayable.

The Court of Appeal’s Decision

At first instance the trial judge found in favour of BCG, deciding that the Implied Term should be given effect. Bou-Simon appealed this decision and the Court of Appeal allowed his appeal.

The Court of Appeal found that the trial judge had erred in finding that the Implied Term put forward by BGC should be implied.

In her leading judgment, Lady Justice Asplin noted that the trial judge had approached the question of implying terms from the wrong starting point; he construed the Agreement in order to fit the Implied Term rather than beginning with the express terms themselves. In doing so, he failed to follow the appropriate approach laid down by Lord Neuberger in Marks & Spencer v BNP Paribas Securities[2] (only once the process of construing the express words of a contract is complete can the issue of implied terms then be considered).

The Court of Appeal confirmed that hindsight should thus not be used when considering whether a term should be implied. Instead, the obvious intentions of the parties at the time of contracting must be looked at. Terms may be implied to achieve business efficacy, but only where there is an obvious lacuna in the agreement which must be filled.

Lady Justice Asplin concluded that the reasonable reader would consider that the Agreement was concerned with a loan to be made in the circumstances in which Bou-Simon became a partner and either served the initial period of four years or ceased to be a partner during that time. The Agreement would have required substantial re-drafting to allow for repayment of the Loan as contended by BGC.

The Court of Appeal also considered, as obiter, the admissibility of deleted words from draft agreements when determining whether a term should be implied into a contract. Lady Justice Asplin found that the deletions from previous drafts were not sufficiently similar to the Implied Term to render them relevant or admissible.

The decision is a useful reminder on the law of implied terms. Firstly, the correct test for construing implied terms into a contract is whether a reasonable person reading the contract at the time it was made, and not at the time of the dispute, would consider the term to be so obvious as to go without saying or to be necessary for business efficacy. Secondly, the test for implying terms is narrow, objective and separate from interpretation – if parties want something included in a contract, they should do so as explicitly as possible. Finally, Parties should be wary of attempting to imply terms which may have been deleted from previous drafts of an agreement. This issue was deliberately left open in this instance, but the Court’s obiter comments are likely to be persuasive.