Why AML Supervision Should Be Carried Out at EU Level 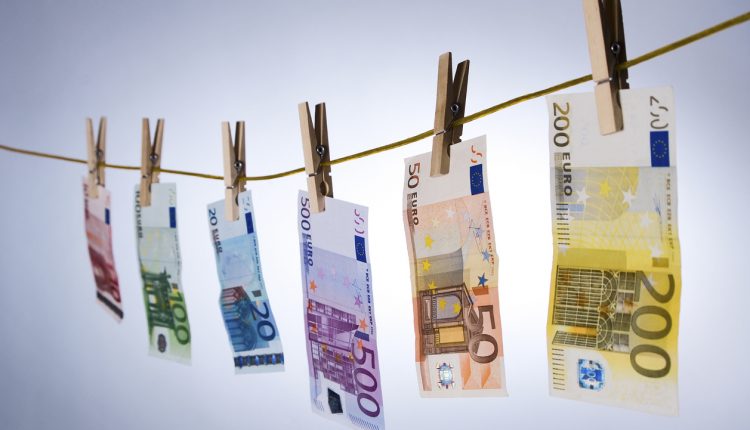 On the back of recent EU statements regarding anti money laundering practices throughout member states, leading economist and former Governor of the Central Bank of Cyprus, Professor Panicos Demetriades, discusses the overall vulnerability of the EU’s financial system and where the risks lie in the responsibilities given to member states.

The recent announcement by the European Banking Authority (EBA) that it found “general and systematic shortcomings” in Malta’s application of anti-money-laundering (AML) rules has exposed yet another weakness in the euro area’s financial architecture.

So far, the debate on the completion of the banking union has focused almost exclusively on the completion of its third pillar – deposit insurance. That is because it is widely believed that the first and second pillars – banking supervision and banking resolution – have already been completed with the creation of the Single Supervisory Mechanism (SSM) and the Single Resolution Mechanism (SRM).

SSM, in fact, has the authority to supervise all banks in the euro area. There is, however, one exception: supervision of AML. That has remained in the hands of member states, partly as a result of political objections based on national security considerations. AML supervision can, therefore, vary widely within the euro area and, as the Maltese case has shown, can fall well below expected standards.

“So what?” you might ask. Surely indiscretions in a small country like Malta wouldn’t matter all that much?

Or would they? The notion that such indiscretions do not matter can be easily refuted by looking at what happened in the case of ABLV bank, the third largest bank in Latvia that failed because of actions taken by the US Treasury arising out of money laundering “concerns”. Daniele Nouy, chair of SSM admitted that the ABLV affair was “embarrassing” for the ECB and was quick to call for EU-level authorities to be given AML powers.

Reputational considerations are of course very important, more so for relatively young central banks like the ECB on whose reputation the future of the euro rests.

But the Latvian case demonstrated several deeper flaws in the euro’s financial architecture. First, that Europe cannot rely on the US for actions against money laundering, not just because US intelligence may not always get it right but also because such actions may reflect US political biases. Second, it has also demonstrated that AML failures can have implications for financial stability, banking supervision and bank resolution – all of which are key elements of the banking union. Combine the two together and it’s like handing over financial stability in the euro area to the US.

Last but not least, the Latvian case has demonstrated that even the national security objection to centralizing AML may be seriously flawed, especially if the biggest security threats to the euro area are common. Indeed, the ABLV affair suggests they might be, as the money laundering “concerns” were linked to Russian deposits. Assuming the US Treasury “concerns” about ABLV were valid, they suggest that the Latvian AML supervisor failed, even though Latvia is a country that is acutely aware of the security threat from the East.

Regulators in small member states with large banking systems are, in fact, vulnerable to capture by powerful financial interests, as are the media and the political process. The story of the Cyprus crisis is a case in point, and it is also linked to the same threat from the East.

During 2005-11 the Cypriot banking system doubled in size, largely because of the influx of Russian and Ukrainian deposits, facilitated by politically connected law firms. The abundant liquidity in Cypriot banks resulted in a credit boom and a real estate bubble, as well as reckless investments outside Cyprus (e.g. the purchase of Greek Government bonds and a top-ten retail bank in Russia).

Part of the problem was that the “ruling elite” of Cyprus became dependent on Russian and Ukrainian money and resisted any attempt at tightening regulation. When the banks suffered massive losses from their bond and loan portfolio, Cyprus was forced to apply for financial assistance from Europe and the IMF.

As part of that, the country undertook – reluctantly – a major restructuring of its banking system. The restructuring programme addressed nominally the regulatory failings that led to the crisis and included an apparent tightening of the AML framework and supervision. But the programme has not addressed the deeper cause of the crisis: state capture by a ruling elite content to accumulate wealth by continuing to serve the needs of Russia and its oligarchs. The restructuring, in fact, resulted in toxic political fallout that eroded the central bank’s independence. In the second half of 2013, notwithstanding an ECB legal opinion advising to the contrary, legislative changes were enacted that shifted powers away from the Governor, whose independence is protected by the Treaty, onto the Board of Directors that can be subject to political influence. Russian influence on Cyprus, has, if anything, increased since 2014 and the effectiveness of AML supervision remains doubtful.

Why this can be problematic for Europe – and indeed the United States – is illustrated by what is perhaps the most infamous case of money-laundering to date: that of Paul Manafort, former campaign manager of Donald Trump, who used Laiki, the second largest bank in Cyprus, to launder millions of dollars from his work advising Ukraine’s former pro-Russian President Victor Yanukovych.

Manafort has been indicted as part of the Mueller investigation into possible Russian influence in the American presidential election not only for money laundering but also for acting as an “unregistered agent of a foreign country”. While Cyprus can proudly point to the fact that Manafort’s bank account was closed in 2013 because of suspected money laundering, the indictment makes reference to two “loan” transactions from Cyprus in 2014 and 2015 totalling $1.9 million. These large transactions, which are unlikely to go under the AML radar of any well supervised bank, cast considerable doubt on the effectiveness of AML supervision by Cyprus, notwithstanding the improvements promoted in 2013-14.

By contrast, Cyprus took firm and decisive action against a small but fiercely competitive branch of a foreign bank in summer 2014, following a preliminary US Treasury finding that the bank was of “primary money laundering concern”. The bank, however, had nothing to do with the Manafort affair and indeed no evidence was ever provided by the US Treasury to substantiate its “concerns”. The bank’s Lebanese owners claim that they have been scapegoated – they believe their bank may have been a “sacrificial lamb” to convince the outside world that Cyprus is taking drastic action to tackle money laundering. Rulings by Cypriot Courts have certainly gone against the action of the central bank. Specifically, the District Court has found that “the special liquidation of FBME [proposed by the central bank] was not proven to be in the public interest”, a ruling also upheld more recently by Cyprus’ Supreme Court.

While AML supervision remains in the hands of national member states, the euro remains vulnerable to threats from the East and erratic behavior from the West. Small states with large banking systems like Cyprus, Malta, and Latvia are particularly vulnerable as they are susceptible to state capture by powerful financial interests. The ECB cannot rely on the effectiveness of national supervisors to safeguard the integrity, stability and reputation of the euro area from these threats.