Retrospective Approval of Gifts to an Attorney 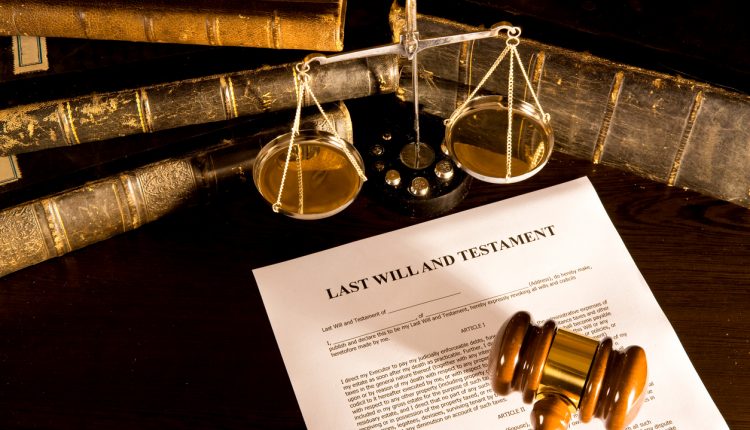 Those of us in private client practice will no doubt have come across the scenario of Attorneys, acting under a Lasting or Enduring Power of Attorney, misusing Donor’s money. More often than not they have a reasonable explanation; usually that they didn’t realise what they were doing was wrong or had not understood the boundaries of their authority. This week Lawyer Monthly hears from Amy Chater, Solicitor, Vulnerable People and Court of Protection at Coffin Mew, on the difficult situations that can arise from gift approvals.

However, to quote Senior Judge Lush, ignorance is no excuse; when Attorneys sign up to the documents they confirm they will abide by the Mental Capacity Act (MCA) 2005 rules and code of practice, some of which are detailed in the documents themselves or at least referred to.

Under an Enduring Power of Attorney (EPA), the Attorney has power to “do on behalf of the donor anything which the donor could lawfully do by an attorney at the time when the donor executed the instrument” (para 3(1) Schedule 4 MCA 2005).

This power is restricted though, in that gifts can only be given by the Attorney on the donor’s behalf for customary occasions i.e. a birthday, marriage, birth of a child, and must be a reasonable amount having regard to the circumstances and the size of the donor’s estate. The Attorney is also able to provide for another’s needs, if the donor would be expected to support them, providing there is no conflict of interest. If there is potential conflict than court approval should be sought.

An important point to note is that Attorneys shouldn’t benefit from their position or put themselves in a position which might conflict with their duties.

A recent Court of Protection case looked at this particularly complex area. The judge, HHJ Vincent, considered an application to retrospectively approve gifts of money made by an Attorney from the donor’s bank account to and for the benefit of himself, totalling just over £100,000 over a period of six years. In this scenario, the Applicant (the Attorney) had been acting under his 95-year-old father’s EPA to manage his finances as his father, the Donor, had Alzheimer’s disease and lacked capacity to deal with his own financial affairs. Of the payments, circa £88,000 were in respect of care and circa £17,000 for gifts to himself and the family.

The Application was made at the request of the Office of the Public Guardian and was opposed by the Applicant’s older brother, with whom he was understood to have had a fraught relationship. The Applicant was also requesting relief from any liability he may have incurred in making or receiving the gifts.

The Applicant’s evidence highlighted that it had been an emotional and difficult time. Whilst he admitted he didn’t know what his role or responsibilities were as an Attorney, he also admitted he was not good with money and had found acting as his father’s Attorney extremely stressful and hard on the whole family. Over the years he had been caring for his father, it had been at the expense of his own family, he said, who he had to leave in Ireland to come over to England to stay with his father for long periods of time. He accepted that he had benefitted financially from his father throughout his life and gave the impression that he continued to feel this entitlement so had, in effect, treated his father’s bank accounts as his own. It was agreed that a professional Deputy should be appointed.

The court has the power to approve payments under s16 and s18(1)(b) MCA 2005. In considering each of the gifts and whether they should be approved, the best interest test was applied; ‘an act done, or decision made, under this Act for or on behalf of a person who lacks capacity must be done, or made, in his best interests’ s1(5)MCA 2005.

HHJ Vincent first looked at the £88,000, which was largely the Applicant paying himself a wage for caring for his father. Fortunately, the Office of the Public Guardian had recently published guidance on care payments within a family and these were considered, as well as the best interest test, and the conclusion was that approximately £15,000 was disallowed. Discussion took place over the way in which both the Applicant’s father, and mother, managed their finances prior to losing capacity. The judge was, in part, influenced by evidence given by both brothers confirming that there was a relatively relaxed approach to money and that their sons had been told that they should ensure that they were not ‘left short’. This was further evidenced by a letter of wishes in their father’s Will, which supported their wish to equalise any gifts made during their lifetime.

The gifts of approximately £17,000, which included items such as a laptop, art supplies and a speeding fine, were included within the other payments made to the Applicant and were largely approved, as were gifts totalling a similar amount paid to the Respondent brother – it was acknowledged that the donor (and his late wife) would have wanted an equal split between the two sons.

Of the unapproved sums, the judge was clear to point out the Court has no power to order the Applicant to repay them. It was noted that, whilst the professional Deputy could bring separate proceedings for repayment, there was little point as he couldn’t afford to pay it, and it would be further money out of the Donor’s assets, with the costs of the application also reducing the pot further. Instead, recommendation was made that the unapproved sums should be taken from the Applicant’s share of the residuary estate on his father’s death. The professional Deputy tasked with this case will need to review the father’s Will before considering whether a statutory will application will be required.

This case highlights the difficulties that can arise when taking on the role of Attorney or Deputy. The judgement shows the application of the best interest test and, in particular, the need to consider the donor’s past wishes and feelings.