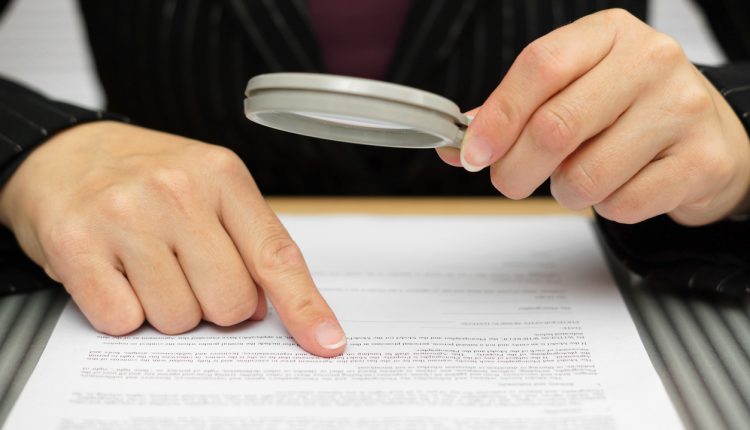 More than a small handful of Gmail’s 1.4 billion users went into panic mode last month, when the papers headlined that the widely accredited email server allows external companies to ‘read’ their users’ private emails. It was reported that users that connect to third party apps to their Gmail accounts, gave permission for their emails to be read, however, when linking to external services, the conditions state that by accepting you grant permission for Gmail to ‘read, send, delete and manage your email’.

So, did Google do anything wrong? Not really, as they had informed you beforehand to what was occurring, but why was everyone so mad?

A survey from Deloitte[1] revealed that 90% of consumers accept legal terms and conditions without reading them.

Do We Really Read the Conditions?

The outrage felt with Google is likely down to users being unaware, as quite often, people miss conditions that may push them to reconsider signing up.

Late last year a survey from Deloitte[1] revealed that 90% of consumers accept legal terms and conditions without reading them. Their survey which questioned 2000 consumers in the US also showed that people would rather accept possible future consequences by clicking ‘I agree’, in exchange for access to the service they are seeking. And it probably won’t be surprising news that this is more common for younger adults aged 18-24, where 97% avoid reading the hefty lists of conditions.

As Stewart Croft, a Solicitor from QualitySolicitors AcklamBond  also states: “Research by communication professors Jonathon Obar of York University in Toronto and Anne Oeldorf-Hirsch of the University of Connecticut showed that only a quarter of people bother to look at Terms & Conditions (T&Cs), with the vast majority spending less than a minute poring over the complex language and conditions set out within.  This is concerning given people blindly trust there is nothing unfavourable in the T&Cs, but it’s hardly surprising.”

With most consumers assuming that the worst thing a company will do is sell their email to a third party for them to receive endless amounts of spam mail, those partaking in the survey also believed the language was too long winded and complex, which, we cannot disagree with.

It would take around 86 minutes for you to have any idea to what you are truly signing up for when you click ‘I accept’ on Instagram.

We cannot blame consumers for snoozing the overabundance of mind-numbingly, boring text, as after all, they aren’t expected to be lawyers or analysts with masses of time and brain power to read through the fine lines.

A rather smart artist[2] had a clever way of showcasing the issue: Dima Yarovinsky printed the T&Cs of leading online services – from Instagram to SnapChat -, on A4 paper. The list was long. Dima shared the word length and the average time needed to read the entire T&Cs from back to back; to give insight, it would take around 86 minutes for you to have any idea to what you are truly signing up for when you click ‘I accept’ on Instagram.

The design also makes a difference: when the layout is more ‘inviting’ and enables people to consider their options, some are more inclined to review their options. Rainer Böhme of UC Berkeley and Stefan Köpsell of Dresden’s Technische Universität, tested this out, and their conclusion as reported by The Guardian[3]: “Ubiquitous EULAs [end user license agreements] have trained even privacy-concerned users to click on ‘accept’ whenever they face an interception that reminds them of a EULA.”

T&Cs are more than just a ‘nice to have’, but are a legal necessity.

What Are the Current Requirements?

T&Cs are vital in order to avoid misunderstandings and disagreements, so parties can be fully aware of what they are signing up to and what is expected of them. The contract itself should state basic obligations and clarify what will occur if things were to go wrong[4].

As Stewart shares: “T&Cs are more than just a ‘nice to have’, but are a legal necessity. They set out the required data disclosures, usage rules, limitations and general relationship parameters users must agree to, in order to use the app. Most of the time we can presume nothing unforeseen will happen as a result of not reading the fine print, but there shouldn’t be a reliance on ‘safety in numbers’; when it comes to individual consumer contracts, there is no such thing.

“Well-drafted T&Cs can provide a whole host of benefits for both businesses and users; they set out expectations and rights, and protect other users from general misuse or abuse, but they can also determine liability limitations and stipulate which law applies in the event of a legal dispute.”

Conditions are legally binding, however, the ambiguous nature of online T&Cs has led to problems. More commonly, parties bound to T&Cs are given an opportunity to review what they are signing up for, even if a signature is not required. As we all know, the easiest, least time-consuming and the method that courts general prefer to gain agreement, is a simple click on an ‘I accept’ button. However, things can get a little confusing when companies assume your use of their website as an agreement to the T&Cs, which are hidden away on their website somewhere, or by emailing you their conditions and possible modifications.

How Companies Can Avoid Disputes

There should be a greater obligation still for apps with any unusual, unreasonable and onerous terms (such as charges for over-usage or in-app purchases) to bring these to the user’s attention to help avoid disputes from unhappy customers.

Where these may not be the traditional form of legally binding contracts, courts are more likely to recognise parties that clicked on an ‘agree’ button in order to continue or begin using the service they signed up for as a legal contract, rather than the buried away T&Cs companies hope their users will locate and read.

Clicking the ‘I agree’ button is not really the sole reason behind making this method more legally viable. It is the fact that the user was given a reasonable opportunity to read the terms and conditions, with little effort needed and that the agreement is not inconspicuous[5].

As EFF[6] (Electronic Frontier Foundation) quite succinctly summarises it, to avoid disputes as much as possible, your T&Cs should:

“All apps should make their T&Cs easily accessible and legible. There should be a greater obligation still for apps with any unusual, unreasonable and onerous terms (such as charges for over-usage or in-app purchases) to bring these to the user’s attention to help avoid disputes from unhappy customers”, says Stewart.

This even extends to radio.  As Judith Spilsbury, Head of Special Projects at Radiocentre, said: “According to our research, 72% of radio listeners say they would prefer to read financial terms and conditions in their own time on a website. This should be an urgent incentive for the industry to rethink.

“People tend to listen to the radio at the same time as doing something else – whether that’s cooking, cleaning or driving – so they will simply ‘zone out’ if terms and conditions become too complicated. In fact, we have evidence to prove it – less than 4% of people recall the figures from financial terms and conditions just after hearing an ad on the radio.”

Novel long contracts are seldom read by the user, but once they are exposed to a significant, but hidden away sentence signing away their rights, the uproar and backlash falls upon companies.

Ever since the Cambridge Analytica Scandal, users are far more concerned about how much of their data is being shared and if companies are adhering to privacy rights. But this isn’t a new issue. Back in 2012 Instagram had updated their privacy policy, stating that they had the right to sell users’ photos to advertisers without notification and even though Instagram dropped the policy after public backlash, the popular app was believed to have lost nearly 50% of its users.

Of course, with a current estimated 800 million users, this unforeseen tiny mistake has not presented too much damage, but it could have easily have gone downhill, especially if users find out the hard way. So we ask, is the legally correct method enough? Novel long contracts are seldom read by the user, but once they are exposed to a significant, but hidden away sentence signing away their rights, the uproar and backlash falls upon companies.

Similar to Facebook’s ‘Who can see this?’ pop up link which explained privacy terms when a user tried to upload a photo, suggestions have been made to alter the design of T&Cs. Showcasing the specific condition when it is of relevance, may keep users better informed.

Perhaps a more traditional method: bullet points. Summarising the main points of T&Cs can cut down reading time and ensure users are aware of the more important parts, but this brings to surface a new problem: what part of the lengthy document do you section out?

Similar to how doctors adhere to an oath which is overseen by a governing body, maybe there should be an industry-wide code which all companies adhere to, as trust between consumers and businesses needs to grow.

Speaking to Sam Moore, Legal Technologist at Burness Paull LLP, it seems like a governing body could be a notion to support. He says: “Consumers don’t have an even bargaining position on app terms – you take them or you leave them. As a minimum then, it must be clear what the consumer is agreeing to. Some of this is about personal responsibility of course, but at the very least the important bits should be front and centre.

“Perhaps it’s time for industry standard formats, along the lines of food labelling, to give the user a graphical clue as to how secure their data is going to be. Who sets such standards? Well that’s potentially an even bigger problem. There is some precedent in the industry however – look at website security certificates, for example. A similar approach may work for apps, but it would require the ‘gatekeepers’ of app stores like Google and Apple to agree a common approach first.”

Or as David Hoffman, Professor at the University of Pennsylvania Law School, who researches the law and psychology of contracts, told The Guardian[7], maybe there should be a code of conduct for digital agreements. Similar to how doctors adhere to an oath which is overseen by a governing body, maybe there should be an industry-wide code which all companies adhere to, as trust between consumers and businesses needs to grow.

As Judith Spilsbury, explains: “Unfortunately, although their original intention of protecting the consumer is right, the long, confusing terms and conditions spiels [at the end of radio ads] are perceived by the majority of consumers as protecting the brand behind the ad, rather than the listeners themselves. This has a knock-on negative effect on brand trust and favourability.”

Should how we present T&Cs change? It seems like a bigger task than we think, however, not as big as reading the entire document Twitter presents prior to signing up, so…why not?