The All-in-1 Accountant & Lawyer: Is Multi-Disciplinary Practice the Future? 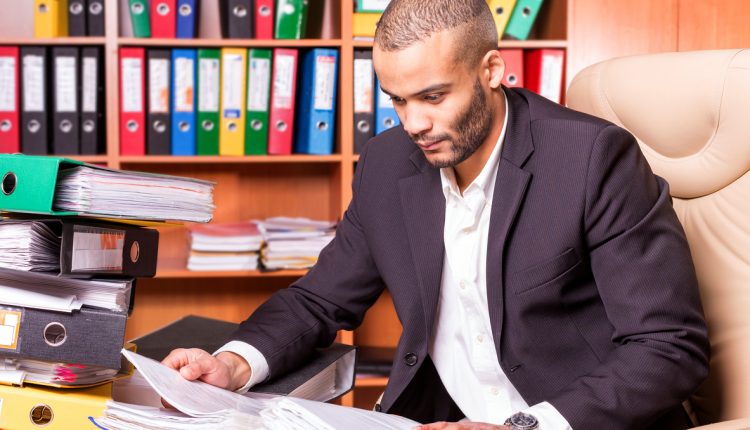 The working relationship between accountants and lawyers is a close one. The two can often be seen working together on matters such as corporate transactions, restructuring and insolvency cases, dispute resolution and litigation. It is however becoming more common for one person to fill both the boots. Below Merryck Lowe, Partner, Dispute Analysis & Investigations at Moore Stephens LLP, discusses the all-in-one lawyer and accountant.

There is an increasing trend of the ‘boutique practice’ in the UK accountancy and legal professions. With a focus on specialism, this looks to be the future of the legal and accountancy professions; according to Hazelwoods, in 2017 there were 514 applications to the Solicitors Regulation Authority to open new law firms.

Many accountants and lawyers cross-refer work to each other and seek to develop mutual clients: a symbiotic relationship. Of course, with any relationship however there are can be issues; in particular for the lawyer-accountant one, these tend to be around instructions, fees, conflicting deadlines and conflicts.

Nevertheless, the one stop shop solves numerous headaches both parties and, for many services, it offers benefits to clients, as accountants have been swift to recognise. Since the 2011 Legal Services Act, the Big 4 have started to lead the charge in multi-disciplinary practices by providing legal services dealing with tax, immigration, commercial and regulatory disputes.

This is not a new concept, nearly 25 years ago legal services were offered by accountancy firms. Before the Enron scandal in October 2001, Arthur Andersen was one of the largest audit and accountancy partnerships in the world, with more than 3,600 lawyers working both domestically and internationally, through Anderson Legal.

However, due to Enron scandal, firms were forced to abandon the model, as the USA approach to separation of advisors (particularly of lawyers) gained ground. Until latterly, when the accountants have once again entered the legal market in the UK. In January 2014, PwC Legal gained an ABS license, KPMG Legal in October 2014 and EY Law in December 2014. Progress has been swift; the Big 4 are reported to already be posing a threat to the larger law firms (PwC alone has 3,500 lawyers[1]).

So is this multi-disciplinary practice (MDP) model likely to take off outside of the Big 4? The answer is illustrated nicely in the table below, which shows that, whilst other than the UK, Australia and Mexico, an accountancy firm is not allowed to own and control law firms, in principle the same end can be achieved by other means. In these markets, the MDP is a no go only in North and South America and other protected markets such as India.

The model in Europe is more one of collaboration. In France and Germany, MDPs are permitted and French lawyers are allowed to form associations and partnerships with accountants and auditors (subject to restrictions). However, some EU countries remain, such as Austria, MDPs are still not permitted, the main reason cited being conflict of interest. Unsurprisingly, in France and Germany, the ruling MDPs are members of the Big 4.

Despite this ever closer union of these professions in Europe and the UK, one thing appears certain: the MDP model of lawyers and accountants working in harmony together in one firm will not be seen any time soon in the US. Law firms in the US have a more dominant position and higher status than accountants and do not yet share the same fears as their counterparts in the UK. In the year 2000, the American Bar Association voted against and therefore successfully – so far – prevented USA MDPs.

Looking to Asia and the Pacific outside of Australia, the appears to be an appetite for MDPs, however they are currently not allowed in Hong Kong and neither solicitors nor barristers can share their practice with other non-legal services. Perhaps MDPs will be seen in the not too distant future as in China, Deloitte is opening its own domestic law firm, Shanghai Qin Li Law, having realised that Chinese regulations allow international accountancy firms to offer domestic legal services there.

Eventually the question will become whether this MDP model will work for accountancy firms outside of the Big 4 or Big 6. This is because, although these accountancy firms are smaller than the Big 6, they have practices and international networks that are often considerably larger than law firms.

So what does this mean for the thriving boutique litigation firm and related specialisms such as forensic accountants? Ultimately, a prosperous future – because the more MDPs become the normal, the greater the pressure for the litigation teams and the forensic accountancy practices to spin out into boutiques, to avoid conflicts.

Perhaps this is the future, a healthy ecosystem of boutique litigation, forensic and other specialists, instructed by an ever more integrated set of lawyers accountants and other professionals delivering the day to day internal work for corporate clients in MDPs.